Restoring Dorothy’s famous slippers was priced at $300,000 and fans covered the costs in just seven days. 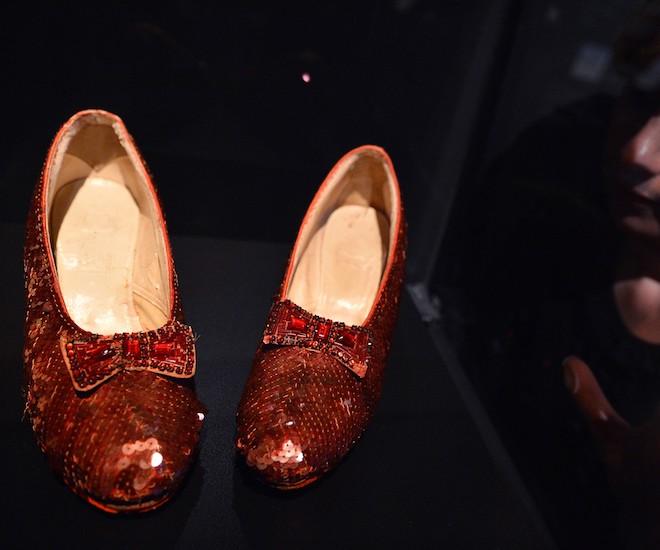 It took just seven days for “Wizard of Oz” nostalgics to raise more than $300,000 in a crowdfunding drive to restore Dorothy’s iconic slippers to their ruby red glory.

The US Smithsonian’s Museum of American History, which owns the slippers, reported that its Kickstarter campaign had gone “over the rainbow,” in October.

The sequined pumps were famously worn by Judy Garland as she skipped down the yellow brick road in the 1939 musical, one of Hollywood’s first color films. Support for restoring them “spanned six continents and 41 countries,” the museum said in a statement.

Since the crowdfunding campaign is set to continue, the museum announced a “stretch goal” of $85,000 to help conserve and display the movie’s Scarecrow costume (worn by actor Ray Bolger), in an exhibit set to open in 2018.

The Smithsonian Institution – which oversees museums and research centers in and near Washington – receives federal funds to support its core operations, but that money does not cover repairing the shoes. The institution often solicits corporate and private donations to pay for projects beyond its budget.

Dorothy’s slippers, one of the film’s most iconic props, have been on near-constant display at the museum since they were anonymously donated in 1979. Conservators say the shoes’ sequins are flaking, leaving them more of a washed-out auburn than the glittery ruby color for which they’re known.

The Kickstarter campaign is the Smithsonian’s second, after it raised $719,779 last year through crowdfunding to conserve Neil Armstrong’s spacesuit.

“Inviting the public to support this project gives our audiences the opportunity to have an active role in the preservation of the Ruby Slippers,” said museum Director John Gray. “It provides a better understanding of what museums do to ensure that our national treasures are preserved and on display.”