If you’re a watchmaker, ultra-thin is horological utopia, a perpetual quest, for there’s no knowing exactly what the limit is until you define it. Short of disappearing altogether, the slimmer a mechanical watch is, the more technically challenging it is to make it. And Piaget knows exactly where and how to draw the line. Just […] 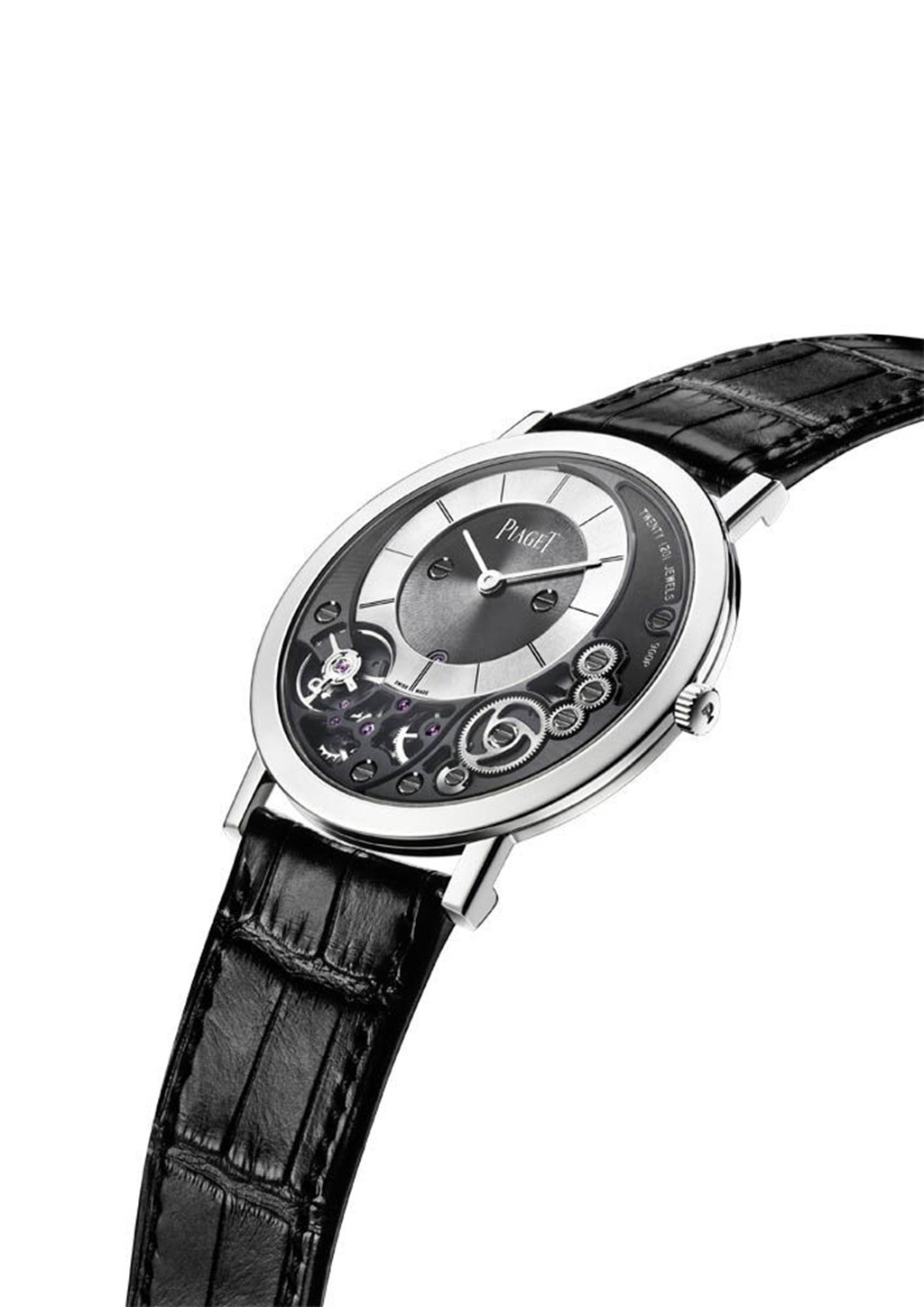 If you’re a watchmaker, ultra-thin is horological utopia, a perpetual quest, for there’s no knowing exactly what the limit is until you define it. Short of disappearing altogether, the slimmer a mechanical watch is, the more technically challenging it is to make it. And Piaget knows exactly where and how to draw the line. Right when you thought, “it can’t get any thinner than that”, the manufacture whips up another record-breaking ultra-thin watch to blow your socks off. Indeed, every year without fail, Piaget astounds the watch world with ever thinner watches, and 2014 will not be an exception. The latest feather in its cap is the Altiplano 38mm 900P. Measuring only 3.65mm in total height, this mind-blowing timepiece is the result of more than a few innovative technical manoeuvres. What is the exact height of the movement, you ask? Well, this is a question that cannot be answered conventionally because case and movement are one, and this would not have been possible if Piaget didn’t have full control over movement and case making.

It took three years of close collaboration between the manufactures at La Côte aux Fées and Plan-les-Ouates to come up with such a watch. Of the 145 individual components, some wheels measure a mere 0.12mm. But there must be a limit to how much one can shave off, so clearly there’s much more to the Altiplano 38mm 900P than paper-thin wheels.

A mechanical movement is typically made up of the following components: main plate, bridges, barrel, wheels, springs, screws, pinions, escapement, balance wheel and spring. Of these, the main plate occupies the greatest amount of space because it is what the entire movement is built on. Its job is to hold all the components in place. Technically the movement cannot be assembled without a main plate, just like you can’t assemble a sandwich without two slices of bread. But suppose the main plate was replaced with something else, say, the case back. Ah ha! That was precisely what Piaget had done. Without a main plate, the case back of the Altiplano 38mm 900P was entrusted with the duty of holding together all the components of the watch. The assembly process for this timepiece was also unusual in that the watchmaker begins with the 18k white gold case back, fits in all the bridges, wheels and other parts, and completes the job by setting 18k white gold top case and sapphire crystal. But that’s not all. To condense the movement further, no part of the internal mechanism, not even the hands, is to be higher than the overall thickness of the balance wheel. This necessitates the implementation of off-centre hours and minutes and a suspended barrel (48-hour power reserve) hanging from a single bridge.

Turn the watch to its side and contemplate the technical ingenuity within. Literally wafer thin, extra precaution had been taken to bolster it from the perils of pressure from the outside world. An ultra-thin watch is more susceptible to flexing than normal watches. When that happens, the crystal could press on the hands and cause the movement to stop. Piaget deftly eradicates this problem by placing the hands on a lower plane than the bridges, so when the crystal flexes, it presses on the wheel-train bridge instead. At the moment, Piaget is awaiting a patent for this device. And what of finishing? No Piaget watch ever leaves the manufacture without properly satin-brushed and sandblasted plates, as well as bevelled and satin-brushed bridges. In the Altiplano 38mm 900P, bridges are also black-coated.