Why businesswoman Veronica Chou launched Everybody & Everyone, the new eco-friendly brand

LUXUO has previously reported that sustainability in fashion might be a fallacy and business woman Veronica Chou, daughter of the textile tycoon Silas Chou might have just proven that her brand might actually be truly eco-friendly 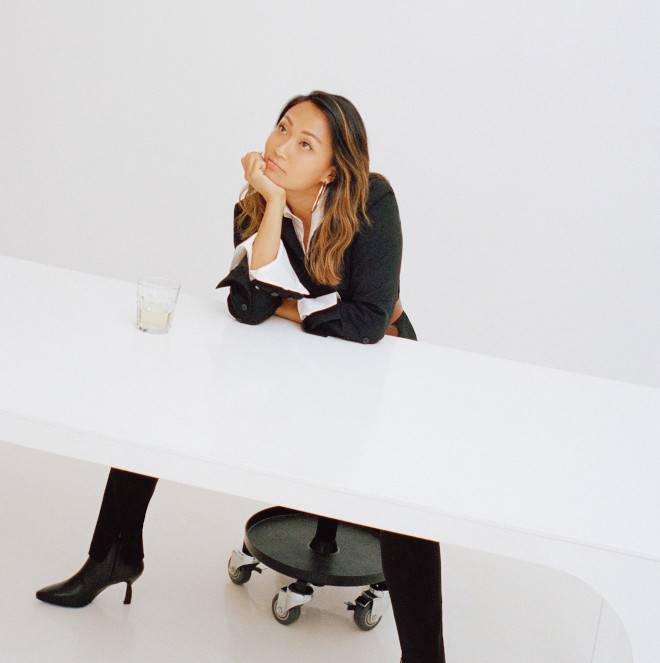 Hong Kong businesswoman Veronica Chou (曹穎惠), daughter of billionaire textile and fashion tycoon Silas Chou, has developed a reputation for being ahead of curve during the course of her career. Heading up Iconix China Group and Novel Fashion Holdings as President, the Chou family made its fortune recognising a gap in the fashion market as luxury growth slowed in China, rising only 8% in 2012 compared to 30% the year before. This week, Veronica announced the launch of Everybody & Everyone, the Chou family’s first brand, tapping on a growing market of environmentally conscious consumers. 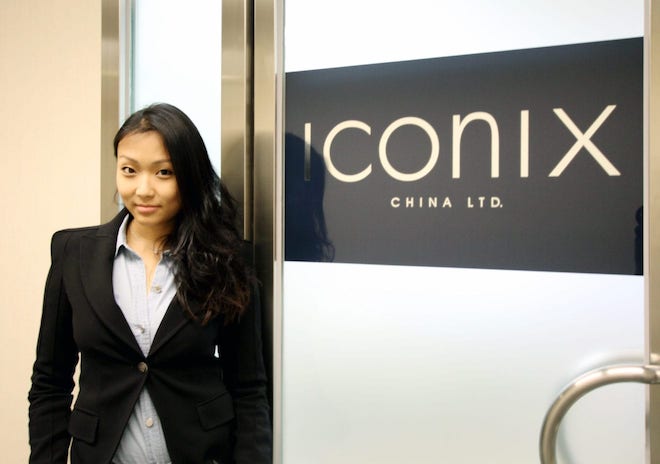 “It was six years ago I started learning about sustainability and five years ago that I said that I needed to have a sustainable brand,” – Veronica Chou to Tech Crunch on the philosophy of Everybody & Everyone

Why businesswoman Veronica Chou launched Everybody & Everyone, the new eco-friendly brand which aims to revolutionise how we consume fashion

Heiress to an estimated $2.1 billion fortune, Ms. Chou is also a cofounder of the Beijing-based private equity fund China Consumer Capital and former Director of Karl Lagerfeld Greater China, where she oversaw the initiation of a mega-project in 2017 with the famed designer to launch a luxury hotel in Macau. 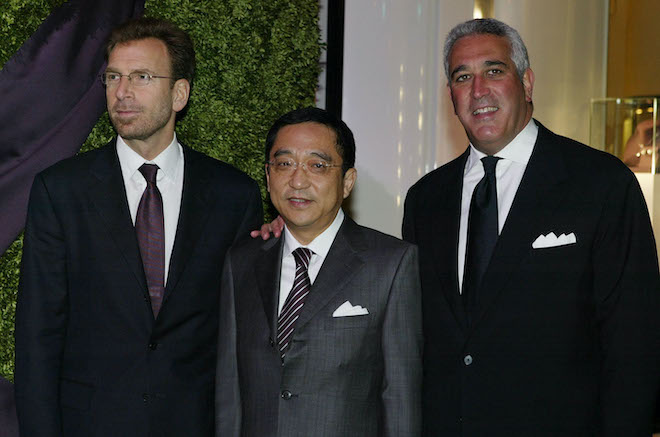 Her father, Silas K.F.Chou (centre) and business partner Lawrence Stroll is one of two billionaires who quietly owned Michael Kors until they sold their stake

Launching Everybody & Everyone, Veronica is tapping on the growing trend of wokeness where  body positivity, inclusivity and sustainability is beginning to inform choices for over 60% of Gen Z and Millennial consumers (check out our LUXUO State of the Industry 2019 report). From offering the full size range between 00-24, to accessible price points (nothing above $300), Veronica Chou’s Everybody & Everyone might also finally be an answer to the present day contradiction of terms – can the fashion industry be both environmentally sustainable and profitable?

Everybody & Everyone: The Chou Empire’s first label

Veronica and the Chou family were early pioneers of the fast fashion business in China with astute investments in companies like Tommy Hilfiger and Michael Kors. Hailing from a renowned family of textile manufacturers, her father Silas Chou helped the then 34-year-old fashion designer Tommy Hilfiger to build his own brand in early 1980s. By 1989, Chou teamed up with Lawrence Stroll and formed Sportswear Holdings to acquire Tommy Hilfiger Corporation, getting the brand listed listed on the New York Exchange by 1992 where after growing the company spectacularly as Chairman during his 14 year tenure, he sold the brand for $1.6 billion. 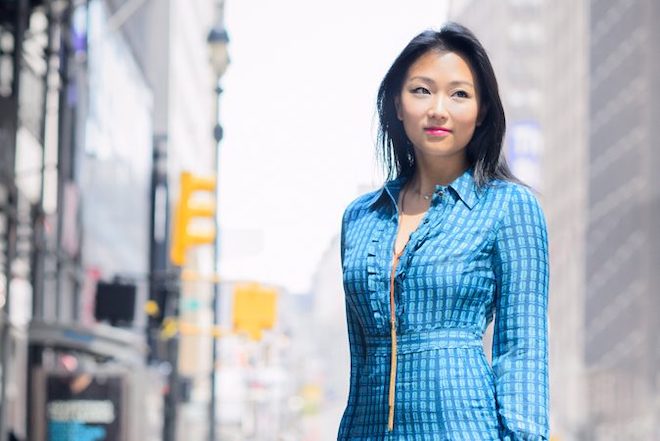 Silas and Stroll also acquired a stake in the floundering Michael Kors label 2003 for US$100 million, reinventing the company in the same vein as Tommy Hilfiger by targeting the  affordable luxury market and expanding into the highly profitable accessories and leather goods business. Silas eventually sold his stake during Kor’s peak valuation of $15 billion and then continued his business relationship as an agent for Michael Kors in the Greater China region. In June 2016, Silas sold the agent company back to Michael Kors for $500 million.

Displaying a similar entrepreneurial adroitness as her father, the seeds for Veronica Chou’s Everybody & Everyone were sown 2012 after she successfully sold Iconix China business, growing increasingly aware of fashion’s environmental impact, particularly fast fashion had.

“After visiting many factories during my career, I came across a lot of instances where I knew the fashion industry could do better; better for garment workers and better for the planet. I asked myself, ‘Can I make great clothes that work harder for me and are better for the planet?” – Veronica Chou on the ethos of Everybody & Everyone, her new sustainable fashion brand 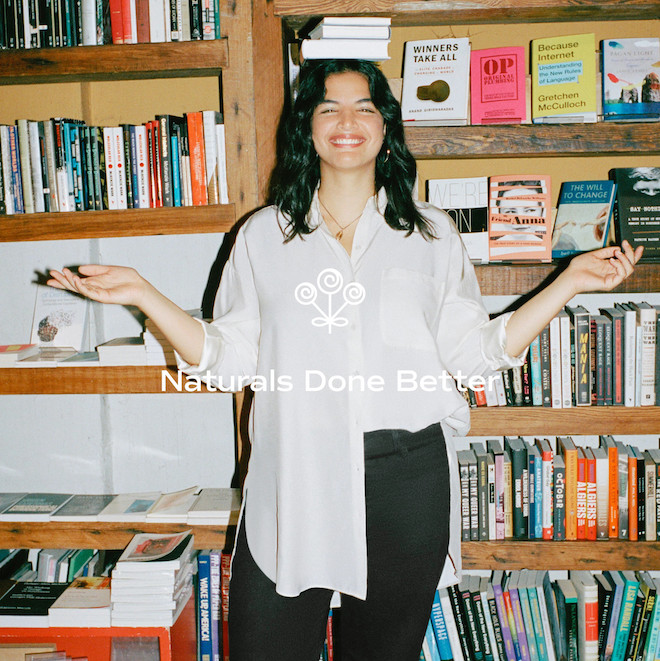 Eco-innovative and Inclusive, Everybody & Everyone rides on wokeness

Considered to be the most polluting industry in the world after oil, Ms. Chou is deeply familiar with the textiles industry (and the secondary fashion industry) upon which her family has built its fortune – the sector uses 98 million tons of non-renewable resources including oil for synthetic fibres, an array of chemical fertilisers to grow cotton and toxic dyes to treat textiles. There’s no argument about the negative impacts of the fashion production on the environment either: the carbon footprint was estimated to be 1.2 billion tons of CO2 equivalent in 2015, more than logistics (aviation and maritime) industry combined and ironically, its not even certain what percentage of these shipments is hauling fast fashion to the stores and distribution points. Even today, scientists are only just beginning to scratch the surface and discvoering that microplastics from our use of synthetic fibres is beginning to enter the world’s oceans after repeated washings. Hence, Veronica saw the need for her own eco-friendly clothing and accessories line Everybody & Everyone. 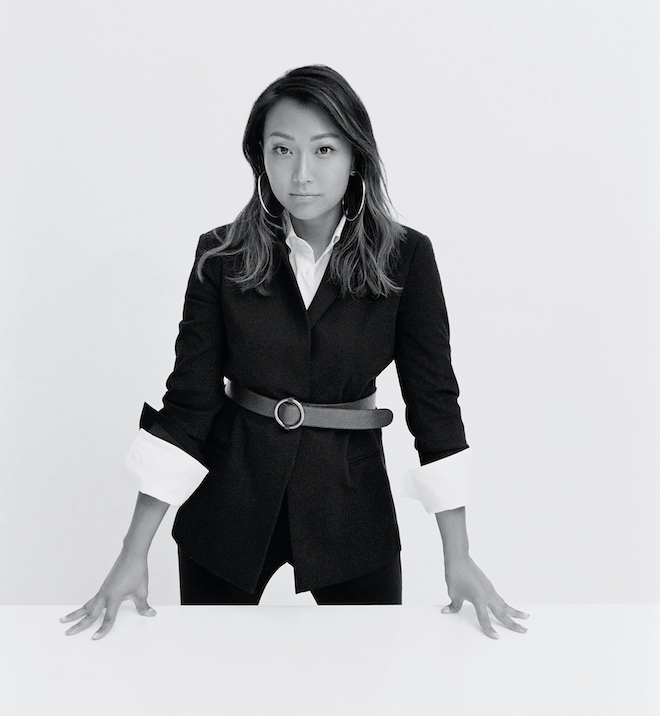 Everybody & Everyone aims to be the answer to making life easier for all women by making everyday clothing that does more, and is ecologically friendlier for the planet through body positive and sustainably-sourced casual apparel.

Available exclusively on EverybodyEveryone.com, Ms. Chou applies sustainable manufacturing lessons gleaned from studying and mastering the many eco-friendly firms owned by the Chou family’s investment vehicles. At Modern Meadow, Veronica learnt about bio-engineering techniques in lab grown leather goods. Through Thousand Fell, a yet-to-launch recyclable shoes label, she gained experience in sustainable, re-usable materials and through Dirty Labs, she has gained working insights into the last mile of the fashion consumer cycle – laundry and the development of eco-friendly and sustainable cleaning products.

All designed to be worn in a variety of ways, the customer can ultimately buy less, and waste less. Sustainable right down to the buttons, Everybody & Everyone has done all the research and hard work so that the customer doesn’t have to, ensuring that the brand lives up  to the highest sustainability standards. 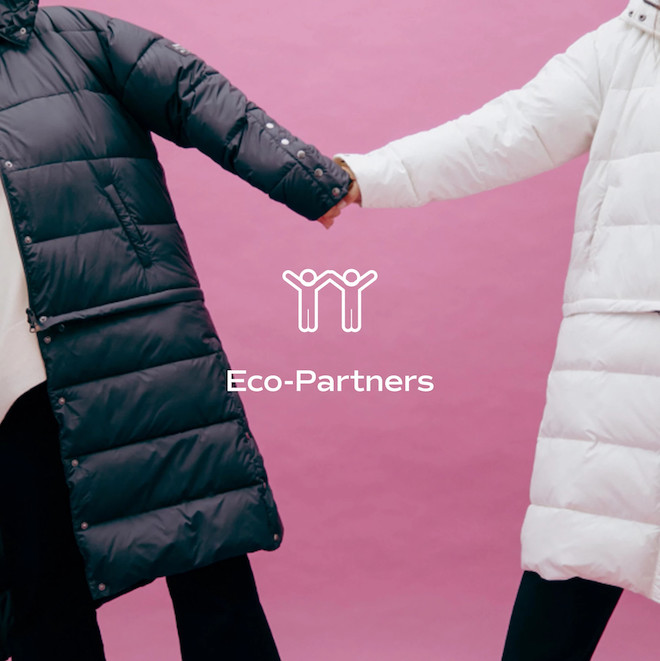 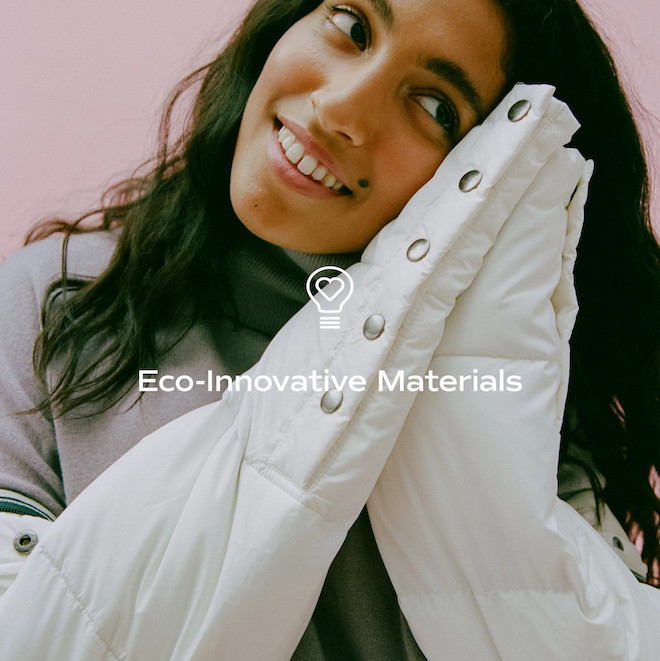 Eco-friendly down to the label

Starting from the fibre and raw materials, Chou’s Everybody & Everyone uses recycled fabrics where possible. Case in point, the brand partnered with EcoAlf to create a signature puffer coat from reclaimed ocean plastic bottles and recycled polyester from Profits Fund that meets the OEKO-TEX and Bluesign standards. Furthermore, natural and bio-based materials are sourced from Naadam cashmere and wool, GOTS certified organic cotton and a bio-fiber created from sugar extracted from agricultural waste. No harmful substances are used in the dyeing process and adhere to REACH, OEKO-TEX, and Bluesign standards and digital printing is used whenever possible. 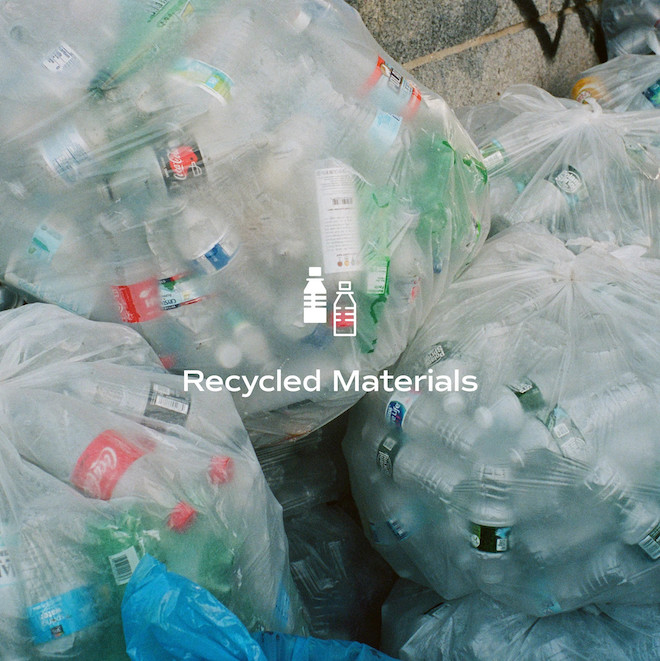 The fore-mentioned last mile of the fashion consumer cycle also receives consideration: A good number of Everybody & Everyone’s products are activated with recycled silver for odour control & anti-microbial properties and are coated with PFOA-free or PFC-free finishes for water-based stain and odour repellency. Denim is finished with a proprietary fluorine-free durable water repellent especially developed for Everybody & Everyone by Candiani mill in Italy. Fabric activation and finishes are all designed for less laundering, saving water and reducing the introduction of toxic cleaning agents into Earth’s precious water supply.

Everybody & Everyone is part of the Sustainable Apparel Coalition, Textile Exchange, The Microfibre Consortium and was one of the first 32 companies to sign the G7 Fashion Pact. Taking it a step further, Veronica Chou has also partnered with I:CO, a leading global textile recycler, on a take-back program to extend the life of their garments. Each Everybody & Everyone customer will receive a reward voucher that could be used on a future purchase with the end goal of reducing waste and creating a circular economy for their clothing so everything is eventually turned back into new apparel for the brand.