Luxury brand Longchamp has called on the British model and current it-girl for its fall 2015 campaign, shot in the Wynwood neighborhood of Miami. 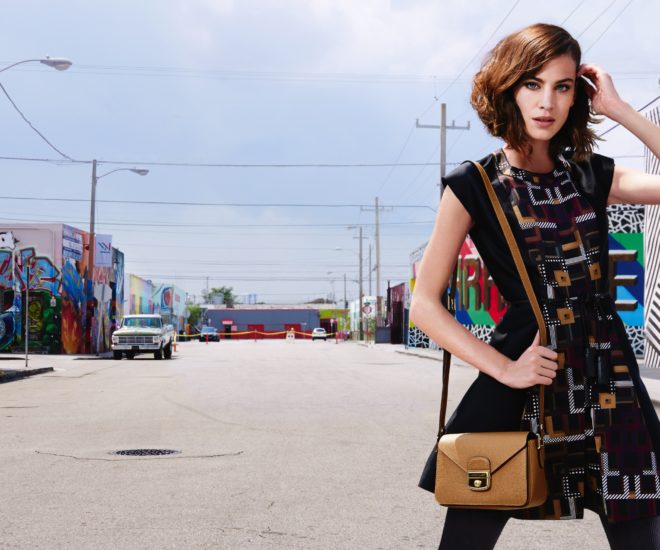 Luxury brand Longchamp has called on the British model and current it-girl for its fall 2015 campaign, shot in the Wynwood neighborhood of Miami.

The face of Longchamp since the Spring/Summer 2014 campaign, following in the footsteps of Coco Rocha, Alexa Chung is today inexorably linked to the luxury brand’s campaigns.

After shooting in Marseille last year, the brunette this time headed to Wynwood in Miami, a neighborhood known for its colorful graffiti and avant-garde art galleries. This is where she brings to life Longchamp’s latest iconic products for fall 2015, all of which are inspired by designs of the Memphis Group.

Once again shot by photographer Max Vadukul, the campaign revolves around two main visuals. The first sees Alexa Chung in a leather triangle mini-dress and a varsity-style black and white leather jacket, along with the Le Pliage Héritage Mini bag, a mini version of Longchamp’s iconic bag. The second image shows her in a print dress, accessorized with a rectangular version of the Le Pliage Héritage bag with a shoulder strap. Longchamp’s fall 2015 advertising campaign will be unveiled come August, and the video will be released on September 8 on social media networks.