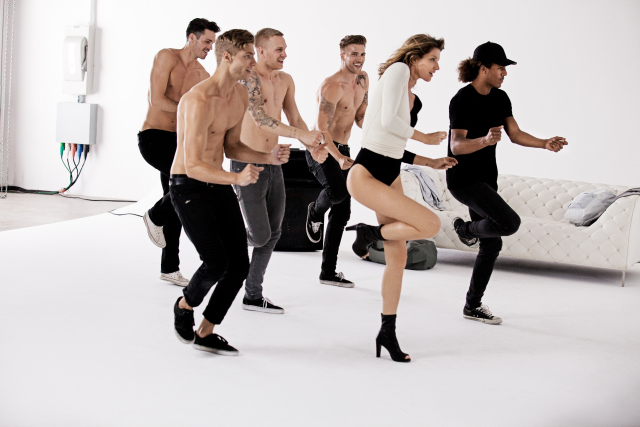 The commercial is done in music-video format and was shot by legendary photographer Mario Testino. Bundchen wears Weitzman’s stretch leather Koko booties while dancing with a male dance troupe at the Millenium Dance Complex in Hollywood, Calif.

The music video will also launch on StuartWeitzman.com. If visitors to the site share the video using the hashtag #InOurShoes, they can unlock a free download of the song featured in the “Make That Move” music video.

But for the full-length commercial, you’ll have to tune into the 2015 MTV Video Music Awards this Sunday – via footwearnews.