For the man who has everything except that perfect alligator skin jacket, he need only visit Hermes’ newly opened boutique on Madison Avenue in New York, where the snappy garment sells for 158,000 dollars. In the city with the highest concentration of billionaires worldwide and a magnet for 45 million tourists, the commercial real estate […] 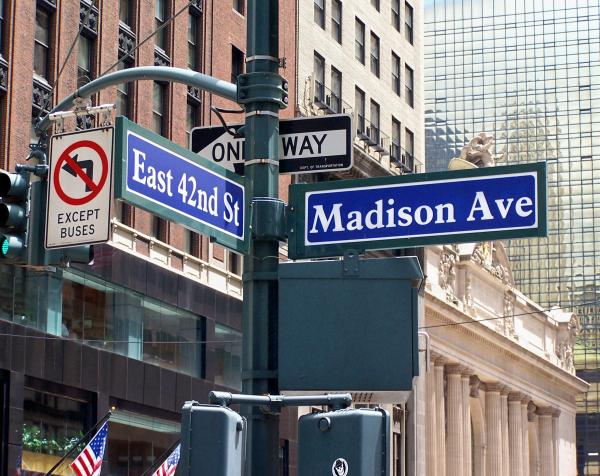 For the man who has everything except that perfect alligator skin jacket, he need only visit Hermes’ newly opened boutique on Madison Avenue in New York, where the snappy garment sells for 158,000 dollars.

The recent opening of Hermes’ Man on Madison store reinforces the avenue’s prestige, but also points to a growing shift toward high-end luxury.

Less glamorous homegrown shops, like the interior decorators Linens ‘n Things or framing specialists Framed on Madison, are closing down or moving out to less expensive streets.

Real estate prices rocketed between 2005 and 2008 and as leases expire many, including with stores present for decades on the avenue, are not being renewed.

But that steady price rise has taken a big step backwards during the recession over the last year, with rents falling as much as by 50 percent.

Luxury operators, notably French-based, are taking advantage, turning Madison Avenue from its traditionally US accent into a temple of international chic.

While 5th Avenue might be more crowded, Madison Avenue is aiming for the elite.

Jewelers Mauboussin opened on the avenue a few months ago and on Tuesday Hermes opened its first ever store dedicated to men’s wear.

Located at 690 Madison Avenue, the shop has four floors with everything from cashmere sweaters to ties and a baseball glove at 7,650 dollars.

On the top floor, the well-heeled shopper can find things he’d have trouble finding anywhere else — not least those alligator jackets or even trousers.

Other foreign fashion houses moving in include India’s Kimaya, which has just leased a property between Longchamp, Hermes, Mauboussin and Chopard.

Also reflecting the shifting landscape is the Disney store’s move from 5th Avenue to the bustling, tourist-friendly Times Square.

Some brands are even taking the novel approach of paying a more moderate rent in the SoHo neighborhood and sending clothing to clients who can then shop in the comfort of their own home.

“Manhattan is one of the places in the world with the wider range of commercial lease prices,” said Eric Le Goff, deputy head of Cushman and Wakefield real estate company.