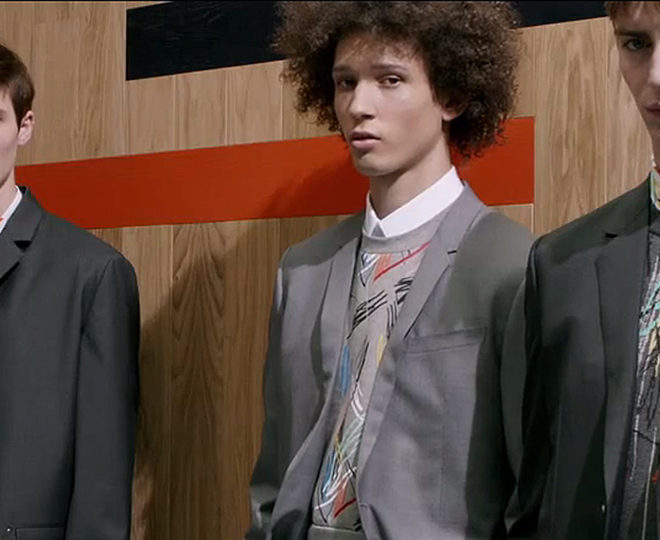 The line, by Dior Homme creative director Kris Van Assche, is presented in a series of close-ups, turning the spotlight on textures and prints.

With this latest collection, the stylist plays with contrasts and similarities through pieces that waver between tradition and modernity, or between an urban spirit and a nautical theme.

Stripes are a recurring theme throughout the line, whether wide or narrow, in neat lines or in motifs resembling pen strokes.

The Dior Homme runway show will take place on January 24 as part of Paris men’s fashion week, where the F/W 2015-2016 collection will debut.