The couture house’s 2018 cruise collection presentation saw around 800 guests decamping to a remote reserve on the edge of the upscale suburb of Calabasas, home to Jennifer Lopez, the Kardashian-Jenners and much of Hollywood’s A-list. Around 50 models showcased a wardrobe with a music festival vibe inspired by Lascaux cave paintings, painter Georgia O’Keeffe and feminist shamanic healer Vicki Noble, with plenty of pleated skirts and bolero hats on show.

The remote location for the runway show was chosen by Italian fashion designer and Dior creative director Maria Grazia Chiuri, who was lured from Valentino in July last year to become Dior‘s first female creative director of women’s haute couture and accessories. As the company celebrates its 70th anniversary, Chiuri has been introducing a more modern, rock ‘n’ roll look to the house’s fashion offering, exemplified by her $710 “We Should All Be Feminists” t-shirt inspired by Chimamanda Ngozi Adichie’s essay and TEDx talk of the same name.

With the Cruise 2018 collection, Maria Grazia Chiuri takes us onto new ground, where more natural and wild inspirations are the order of the day. As a result, the French fashion house stands out from its usual style with a collection that’s more laid-back — still chic, but also with a wild side.

Femininity once again takes centre stage, but here, Maria Grazia Chiuri takes it in a new direction, with a more instinctive feel than ever before. In terms of pieces, the collection notably features midi dresses with square necklines, sometimes skinny straps and sheer effects, and motifs and embroidery details — a silhouette that’s gradually becoming the designer’s signature at Dior. Western vibes are channelled with lots of fringing, as well as leather pieces, boots and revisited ponchos. Bolero hats also replace the previous show’s berets. 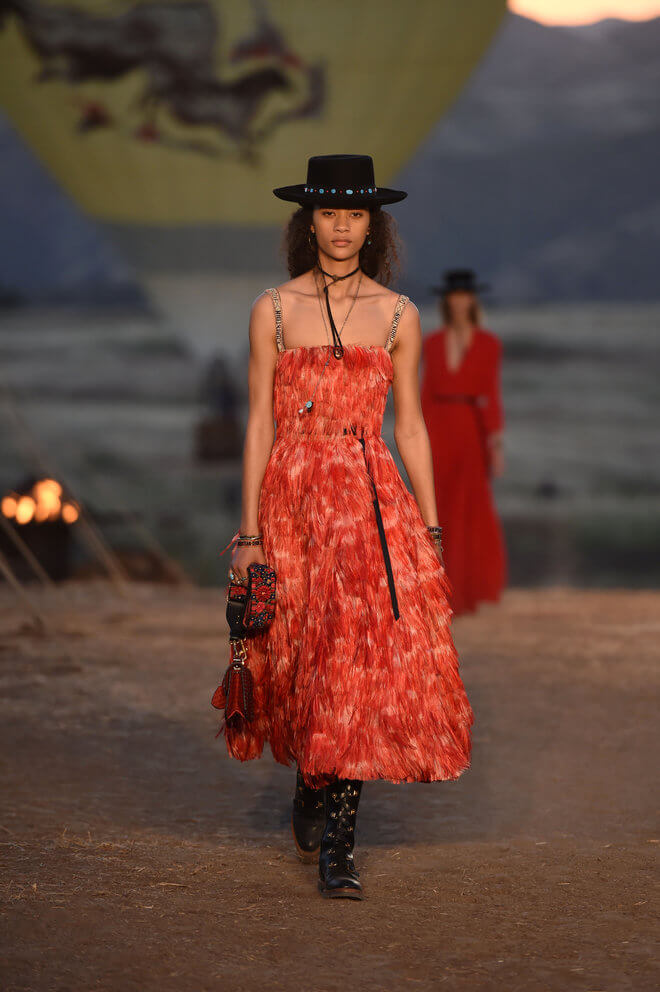 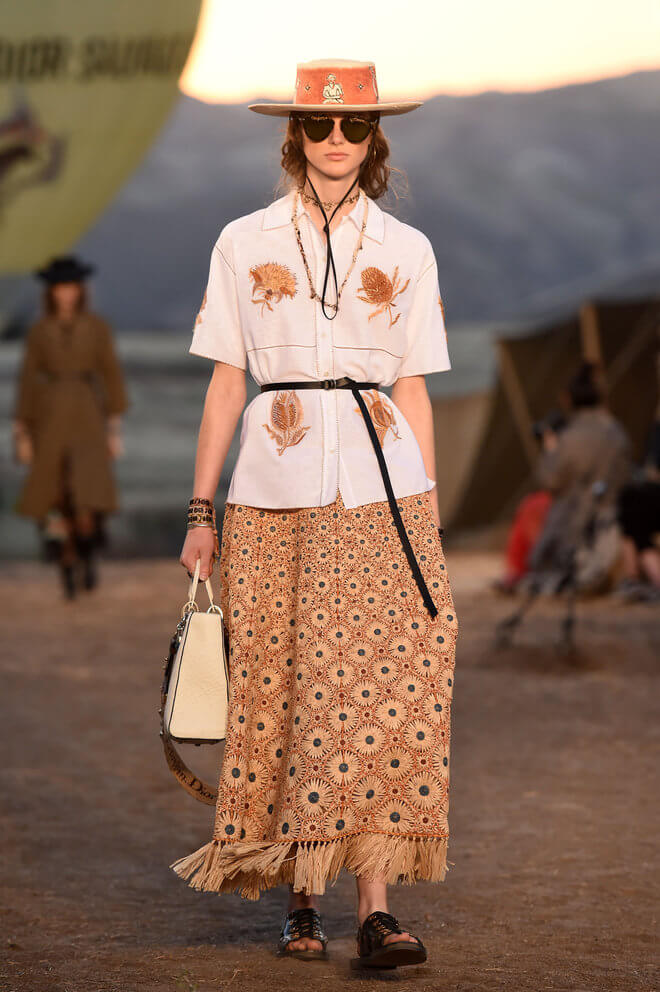 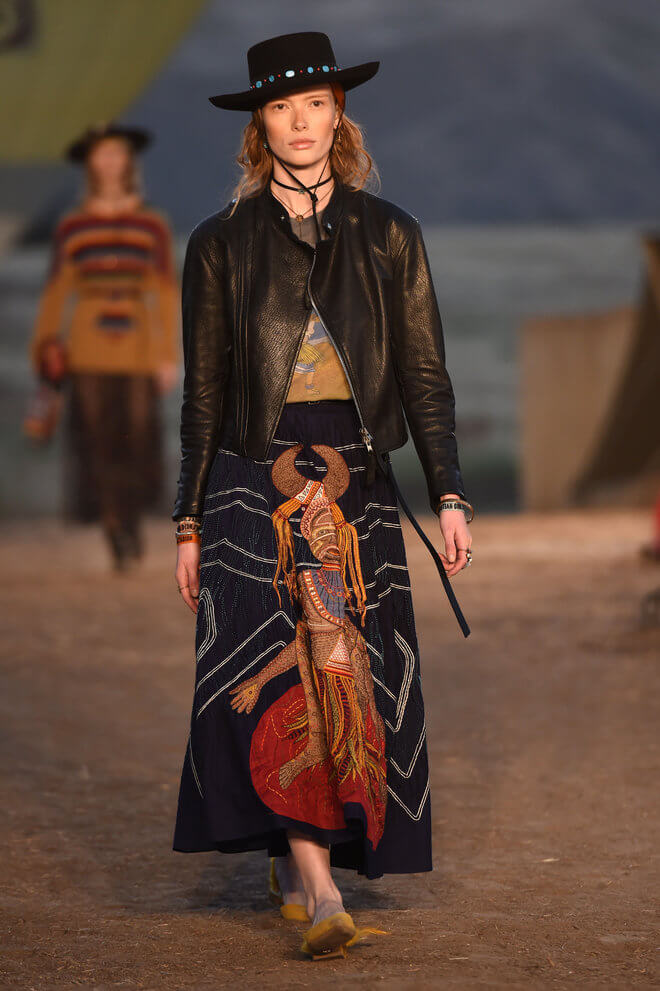 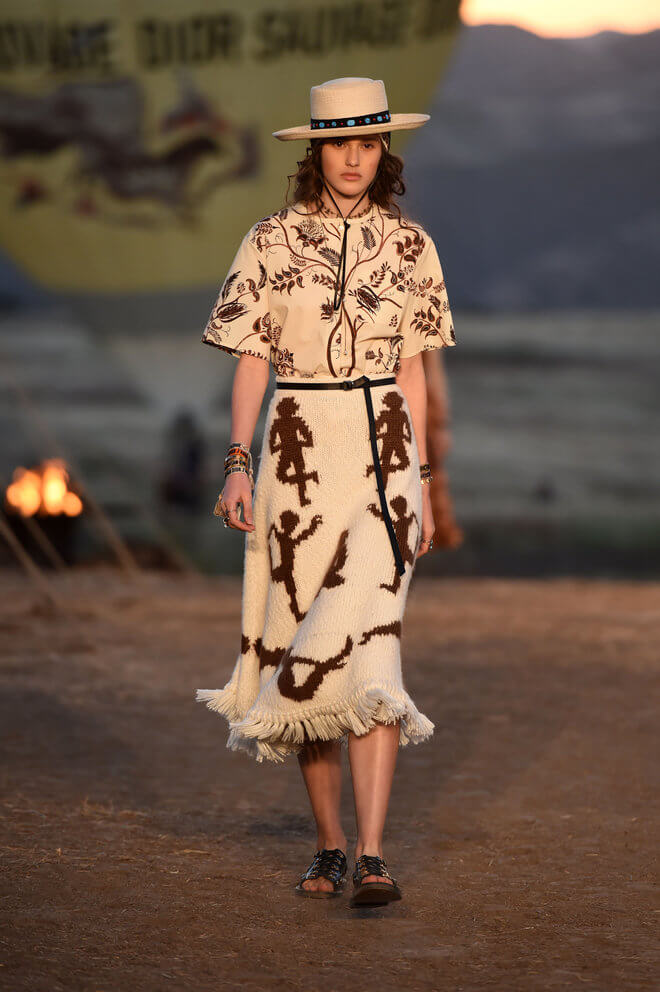 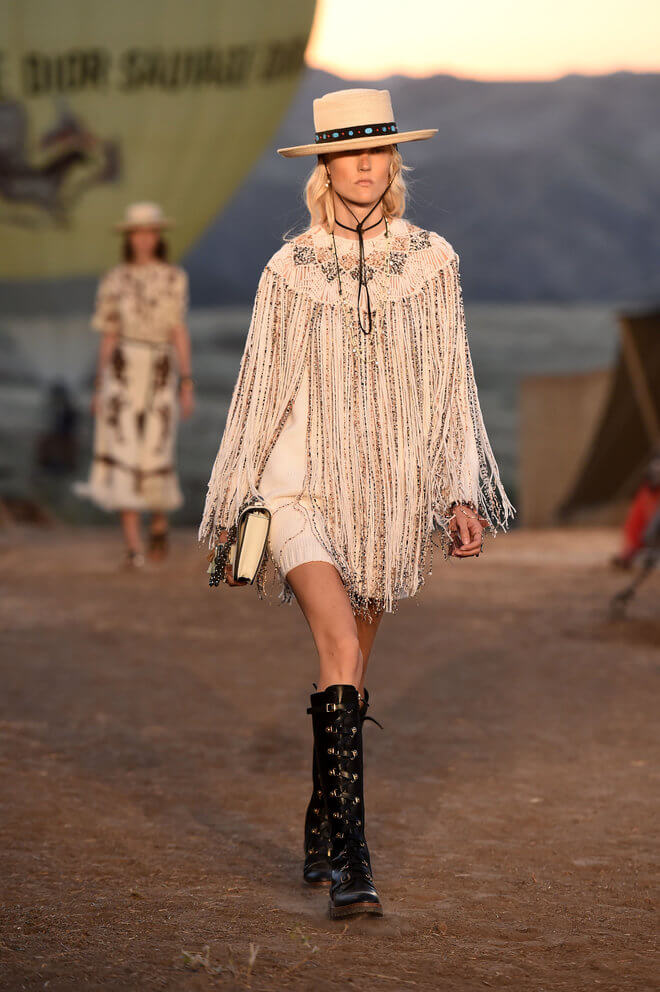 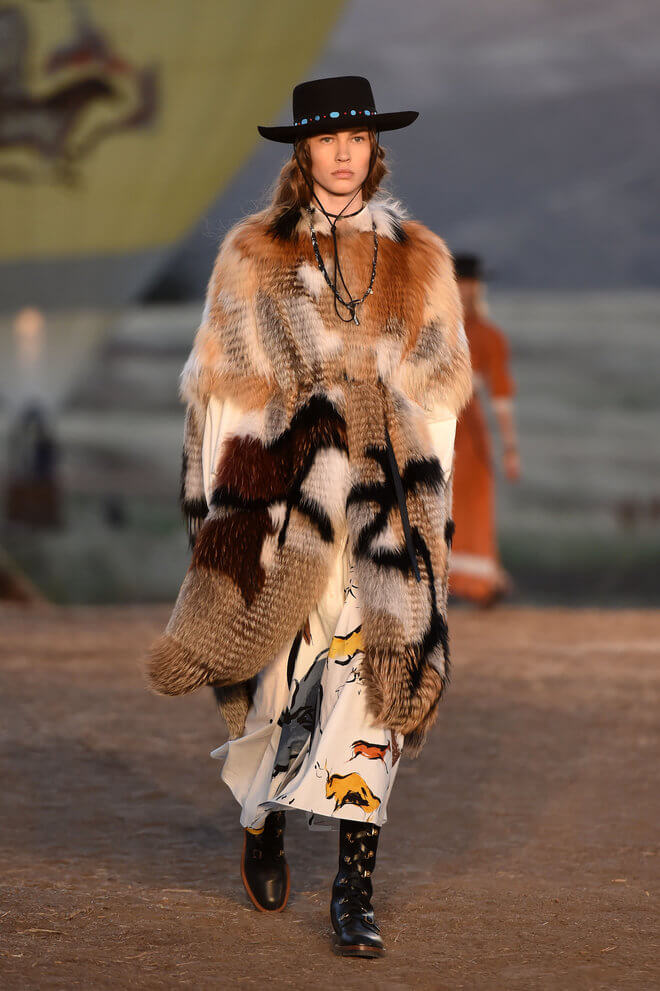 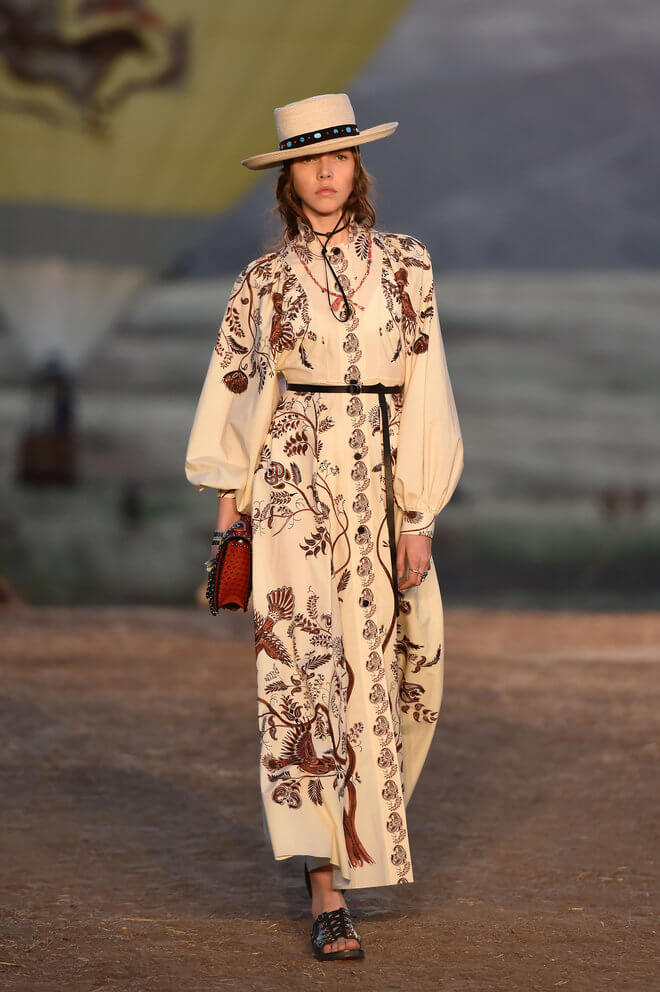 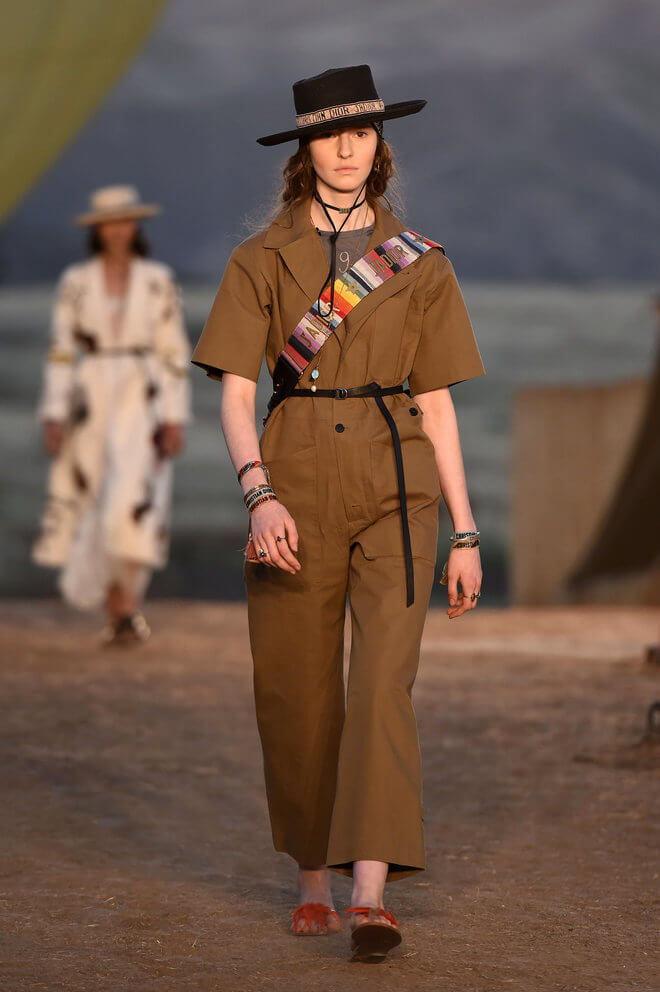 Makeup was perfectly in keeping with the collection’s untamed theme, with skin treated to a sun-kissed glow and carefully crafted radiance, complemented by a subtle hint of eye makeup. There were no bright colors in sight on lips, where subtle, almost nude shades ruled the runway. Hair also channeled wild inspirations with natural styles and lightly tousled waves creating a “done” but undone look encompassing freedom.

“Christian Dior in 1947 came to Los Angeles, only two years after the war, to show his collection. So we decided on the anniversary to come back,” Chiuri told AFP. “Normally when you think about LA, the first thing is celebrities, Hollywood, red carpets but I think there is another aspect, the natural aspect — open spaces. Many people love this place — also Mr Dior — because California is in some ways a paradise.”

“I think it was beautiful. It was really inspiring and it felt rich with culture and texture and somewhat other-worldliness,” said Oscar-winning South African actress Theron, 41, who currently stars in high-octane car movie “The Fate of the Furious.”