The European Union resorted to a few last ditch attempts to convince Britain to remain in the EU with the help of fashion. Unfortunately, it failed. 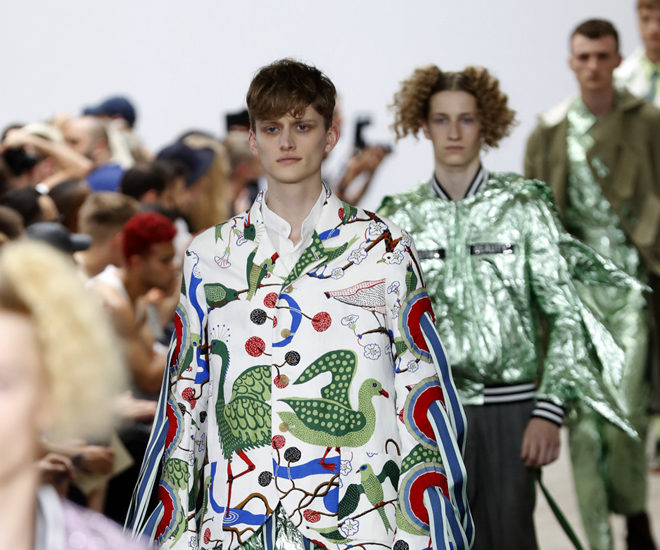 Great Britain determined its fate in a referendum to break away from the European Union despite the best efforts of experts and, strangely, the world of fashion. The anticipation of the results has not only dominated the news cycle in Britain but also the rest of the world, including the world of fashion, as reported previously on L’Officiel Singapore. Over at Paris Fashion Week, designers are making their political stance clear with their designs — of at least taking inspiration from one of the most talked about issues in Europe in the last decade. Sadly for us all, expressions of affection from Europe did not convince the English to stay the course…

Little England was under the spotlight, with cricket jumpers, brouges, boating shoes as well as neo-Morris men seen on the runway. The trend did not rest with suave and stylish designs. Instead, designers also sent out sweatpants, parkas, tartan and charity shop suits. The Balenciaga show in question was also a significant milestone for the brand as it is the first menswear runway show for the brand.

While the political climate was clear, Britain’s politicians were also unlikely forms of inspiration for designers. Looks such as double-breasted suits and blazers worn by Leave campaigner and UKIP party leader Nigel Farage were seen. Though it must be said that it will be a cold day in hell, as they say, before the aptly named Farage is seen in a Balenciaga shoulder padded suit with high-heeled boots.

Though not as controversial as Balenciaga’s, Dutch designer Walter Van Beirendonck’s designs sought inspiration from the Pony club and Morris men motifs that are familiar sights in a London flea market. While he denies using his clothes to make a political statement, the designer did concede that this is the first collection that has seen him use black on this scale. And he chose a riddle from the most English of books, Alice in Wonderland — “Why is a raven like a writing desk?” — as the title of his show. “I was questioning why this was all happening,” said Beirendonck. “We don’t have answers to our questions. I feel the world today is a riddle without an answer.”