Pelagic 77 Designed By Castro, Built In Netherlands, Destined for Chile

KM Yachtbuilders in the Netherlands is on course to complete the aluminium-hulled Pelagic 77 by the end of the year, before she embarks on sea trials in the North Atlantic in 2021 and eventually sails to Chile. Built to navigate polar seas, the 23.5m schooner will be used as a private yacht as well as for exploration and education. 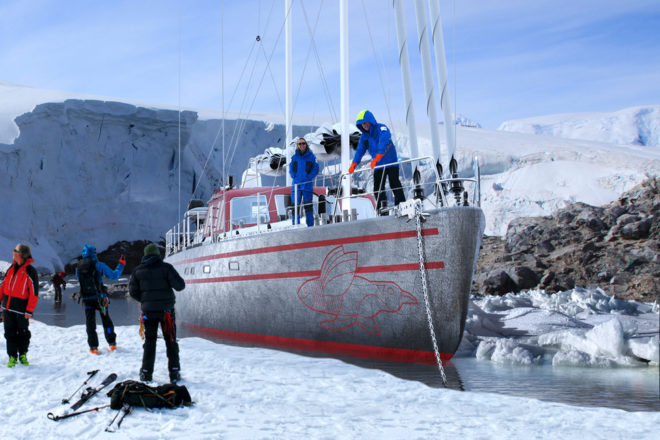 The twin-masted sailing yacht has been designed by Tony Castro for Chilean entrepreneur and adventurer Nicolas Ibanez Scott and friend Skip Novak, who organises Antarctic expeditions. The American participated in four Whitbread Round The World Races since 1977 and has become a polar sailing pioneer over the past three decades.

Following the owner’s brief for ‘an expedition yacht designed and built for sailing mainly in high latitudes’, features include two mainsails of equal size, a robust fixed keel with a solid centreboard, twin Yanmar engines with well-protected propellers, and a sturdy gantry frame on the transom to carry an expedition RIB. A second RIB is stowed on deck. 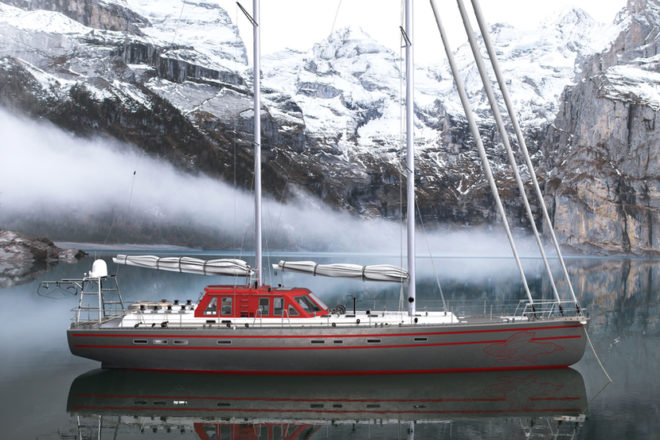 Pelagic 77 will be used privately and for exploration and education

The interior features a workshop, six double cabins with radiators forward of the pilothouse, and a diesel stove in the saloon/galley to combat freezing temperatures. Special attention has been paid to insulation to combat cold and condensation.

Castro and KM were also behind Novak’s 2003-built Pelagic Australis, which has covered thousands of ocean miles as an expedition charter yacht in the Arctic and Antarctic. 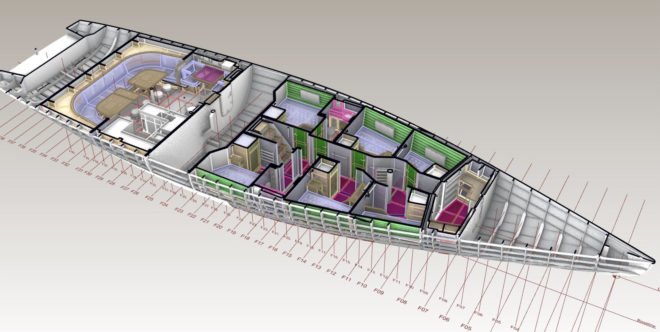 Peter Wilson, the owner’s representative and co-founder of MCM, said: “Skip, Tony and KM had already proved themselves to be a winning team. An expedition sailing yacht has to be designed and built to specific criteria including enhanced autonomy, ease of handling, a simple sail plan and reliable onboard systems – and robust. The Pelagic 77 has been conceived with all these in mind.”