R35 among the new Princess line-up for Cannes

The Princess R35 is destined to turn heads at Cannes Yachting Festival 2018, along with a new line-up of other innovative models. 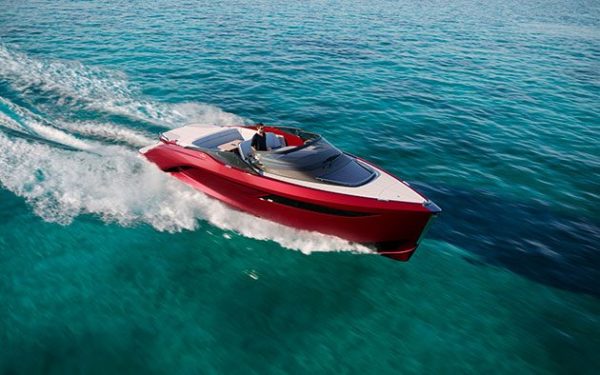 The Princess R35 is destined to turn heads at Cannes Yachting Festival 2018. it’s fast, it’s chic, and it’s like nothing Princess has ever launched before”, says a Princess spokesman. “The much anticipated revolutionary R35 will be revealed for the very first time in Cannes in September”.

Princess is also continuing its return to V Class open-boating with the global launch of the V60, and further strengthening the well established flybridge range with the striking new Princess 70. The all-new S78 and V50, which launched at Boot Dusseldorf earlier this year, will also make their on-water debut in Cannes to complete and exceptional nine yacht line-up.

The latest Princess F55 may also make 11-16 September Cannes or 14 to 23 September Southampton following a curtain-raising photo shoot off the coast of the Dominican Republic. The R35 is the first Princess R Class performance sports yacht. Designed and hand-built in Plymouth, England, “it combines revolutionary performance capabilities, stunning design, quality, and race-bred technology to deliver speeds up to 50 knots”, says the spokesman. 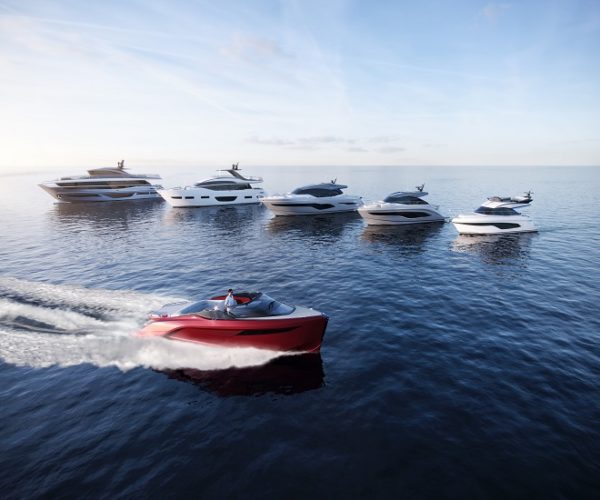 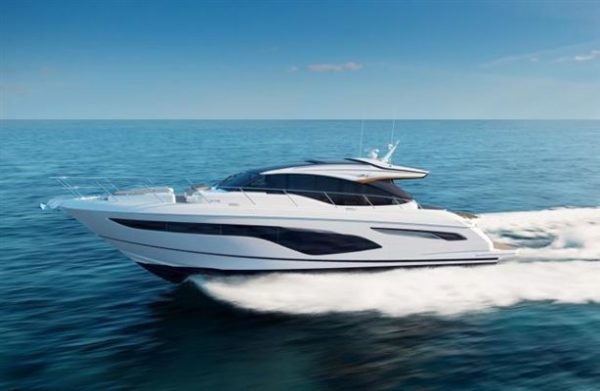 Designed in partnership with world-famous Ben Ainslie Racing Technologies and Pininfarina, “the R35 is a powerful expression of intent from a company hitting a rich vein of form, as Princess Yachts experiences record financial results and order books”.

The Princess V60, dynamic yet agile, is the latest addition to the award-winning V Class range, a progressive sports yacht that is capable of speeds up to 38 knots and pushes the boundaries of design and innovation to ensure fuel and space efficiencies. This vessel has three cabins for six guests. The owners stateroom comes complete with ensuite and sofa. It incorporates an electric sliding sunroof above an open-plan salon, and alternative al fresco
dining is also encouraged in the expansive cockpit aft. The Flybridge class of luxury yachts really established the Princess brand as a pioneering force, and the new Princess 70 continues this clean, modern, elegantly proportioned look while meeting the demand for flexible and practical living when passage-making.

A generous flybridge, innovative principal deck with panoramic windows, and lower deck where four beautifully-appointed cabins have been created, including a full beam master stateroom, are among the features. 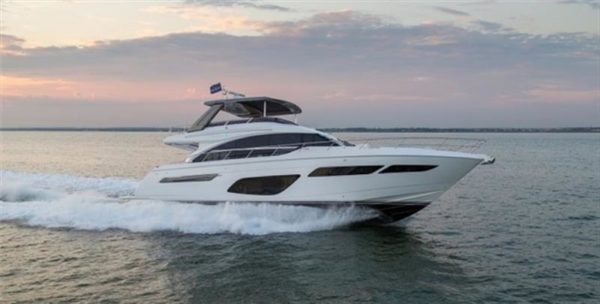 Powered by MAN V12 1,400 HP engines, the Princess 70 is capable of reaching 36 knots. The company has been strongly associated with Louis Vuitton Moet Hennessy and Groupe Arnault for the past decade.