From American classics and muscle cars to exotics, the Los Angeles 2018 auction will also see two amazing car brands that have made motorsport history available to the highest bidder. Find out more. 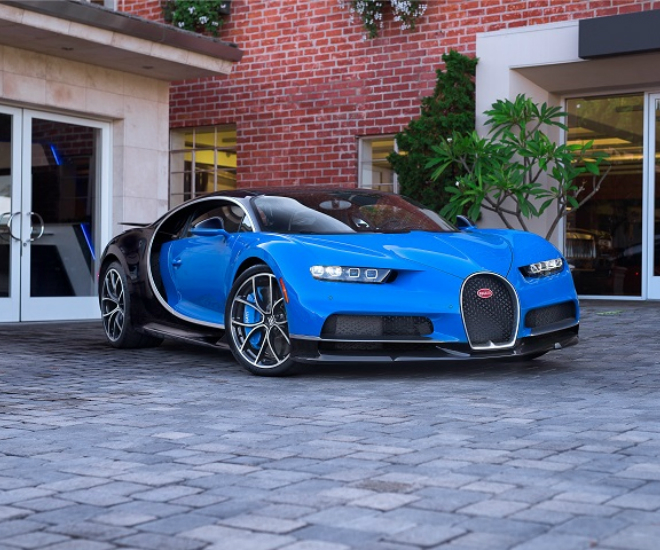 Auto enthusiasts to last week’s Barrett-Jackson auction in Scottsdale, Arizona viewed some of the most amazing classic cars and favourites of all times that came in unusual shapes, sizes, prices and vintages. For those who’ve missed the January’s auction, here’s your chance to attend another one coming up in February 16-17 by Mecum Auctions at the Fairplex in Pomona, California, which will see some 600 vehicles, comprising of American classics, muscle cars, exotics, hot rods, resto mods and more going on sale.

The Los Angeles 2018 auction will see the two amazing car brands that have made motorsport history: the 2018 Bugatti Chiron and 2015 McLaren 650S Spider available to the highest bidder.

The 2018 Bugatti Chiron that’s named after the racing legend Louis Chiron is one of just 70 examples produced this year, and  look out for Ferrari, an Elite Pearl White example that’s accentuated by a raft of performance and cosmetic upgrades, which will join the Bugatti in the sports cars line up for sale.

Other highlights include Donald O. Preston Collection of 10 vehicles (sold at no reserve), a four-speed 1959 Chevrolet Corvette Convertible, and a twice-restored 1962 Chevrolet Impala Super Sport Hardtop with its original dual-quad 409/409 horsepower engine with an Isky camshaft.

Meantime, the two highlights – 2018 Bugatti Chiron and 2015 McLaren 650S Spider – will just continue to make headlines to attract the right amount of intention.

As the company prides itself on being an “every-man’s auction company,” the Mecum Los Angeles 2018 is open to buyers, sellers and spectators, offering the widest selection of vehicles and budgets possible, ranging from entry-level right up to museum-grade.

Visit the Mecum Auction site for more information and view the cars available for bidding online.