Mini focuses on the future with smart glasses concept

Mini Augmented Vision is a pair of goggles that is currently in the prototype phase. 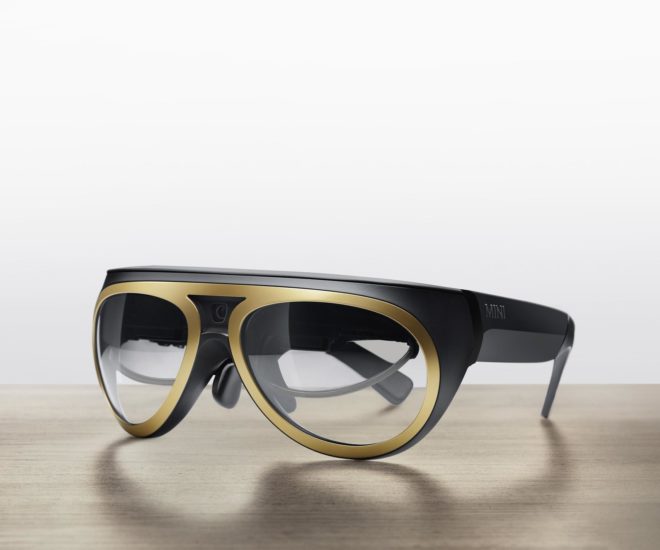 The MINI Augmented Vision glasses are designed to put information such as GPS navigation and parking aides in front of your eyes.

Due to be demonstrated for the first time at the Auto Shanghai motor show on April 22, the headset, which is still in the conceptual stage is very similar to Google Glass except that it has a very clearly defined, specific use and has also emphasized the aesthetic angle

Put them on while behind the wheel and the glasses will offer a head-up display experience, with speed and navigation information projected directly into the field of vision.

However, turn your head left or right and any obstacle to a clear view, such as the car’s A Pillar or that blind spot over the shoulder when reverse parking, will disappear so that it’s like driving a glass car.

The reason why Mini has focused equally on looks as well as function is because it wants Mini owners to use them when away from their cars, as a hands-free way of getting first and last mile navigation instructions — no journey can be completed entirely by car.

Mini’s glasses were developed in partnership with Qualcomm and will connect with a user’s smartphone for displaying alerts such as incoming calls and messages, which can be responded to or ignored via voice command and dictation.