The Range Rover Sport SVR has become the fastest production SUV to lap the Nürburgring recording a time of 8m14s around the famous circuit. 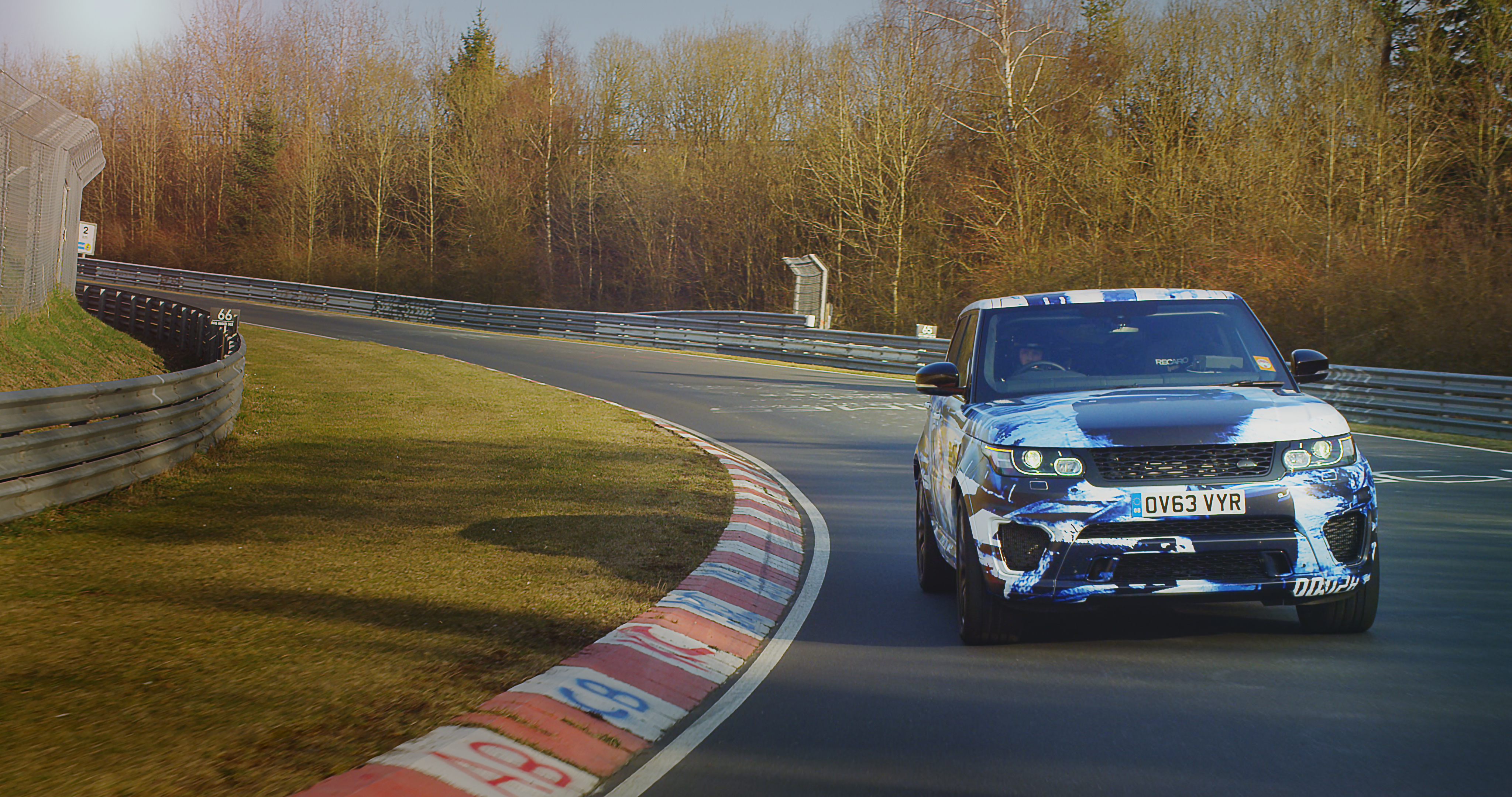 The Range Rover Sport SVR has become the fastest production SUV to lap the Nürburgring recording a time of 8m14s around the famous circuit.

LAND ROVER isn’t quite ready to officially unveil its latest model and in all of the public appearances that the car has made to date it has remained covered in a camouflaging vinyl wrap.

And while the company has been shy about showing off the car’s exterior, it has taken the complete opposite approach to discussing what’s nestling under its heavily disguised hood and what it’s capable of doing.

When the car goes on sale in early 2015, buyers will get an SUV with a 5-liter V8 supercharged engine, tuned to deliver 550PS and a suspension and chassis set-up that has been honed via exhaustive testing at the Nürburgring.

Mike Cross, Chief Engineer Vehicle Integrity, said: “The Nürburgring is a benchmark for vehicle development and testing, and cars become stronger, more durable and faster over its 13 miles and 70-plus corners.”

“We wanted to see whether an SUV could behave like a performance car in this challenging environment. The results are spectacular and the Range Rover Sport SVR has demonstrated outstanding on-road performance capabilities.”

Tuning a car more suited to climbing or descending hills and mountains to perform on a track is a remarkable engineering achievement.

However, 8 eight minutes and 14 seconds is indeed quick for a big, seven-seat 4×4, it’s slower than a Renault Mégane or a Seat Leon, both of which can complete the circuit in less than 8 min and, as they’re merely sportier versions of small family hatchbacks, are considerably cheaper to buy too.