Ferrari has created a special one-off car, the SP12 EC, as an homage to famed guitarist Eric Clapton’s career and his long-lasting passion for Ferrari. 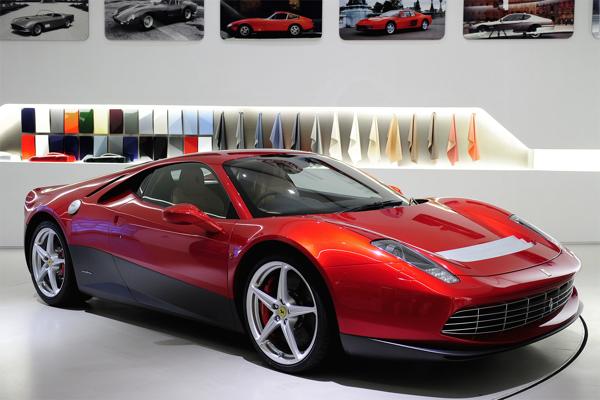 Ferrari has created a special one-off car, the SP12 EC, as an homage to famed guitarist Eric Clapton‘s career and his long-lasting passion for Ferrari.

Designed by the Centro Stile Ferrari, in collaboration with Pininfarina and engineers from Maranello, the bespoke model is based on the 458 Italia and draws inspiration from the 512 BB.

Ferrari says Clapton wanted a car inspired by the 512 BB but presumably with modern underpinnings, so it keeps the same 570bhp 4.5-litre V8 and seven-speed dual-clutch gearbox.

The car is part of Ferrari’s One-Off Programme, which was set up in 2007 to create unique models following demand from customers. Cars built by the One-Off Programme must be based on an existing Ferrari platform, with customers also receiving the tooling used to make the car, thus ensuring that it will remain unique.

According to Clapton, creating the car was like “being in front of a gigantic blank canvas that had to be painted on.” He added it “an incredible experience, one of the most satisfying things I’ve ever done.”

Ferrari will not say how much Clapton paid for his special car, but some reports say it cost $4.75 million.