Ferrari P80/C – The Most Epic Supercar from the Maranello manufacturer

Comissioned by a great connoisseur, the Ferrari P80/C carries aesthetic inspiration from the legendary 330 and 966 Dino 206 and the performance of a 488 GT3 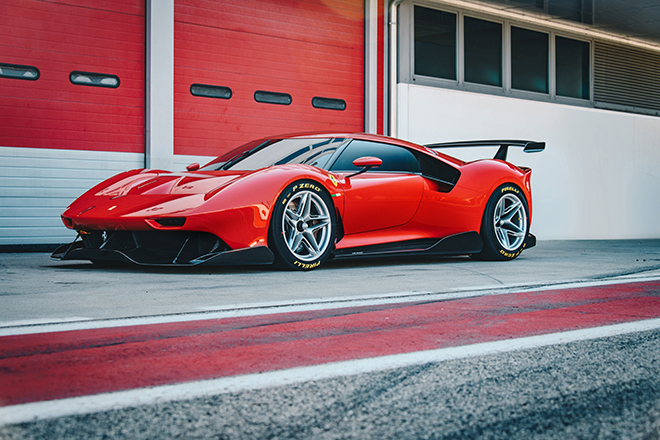 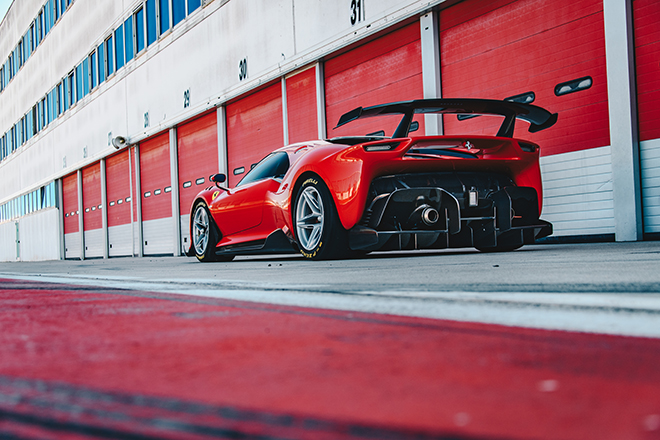 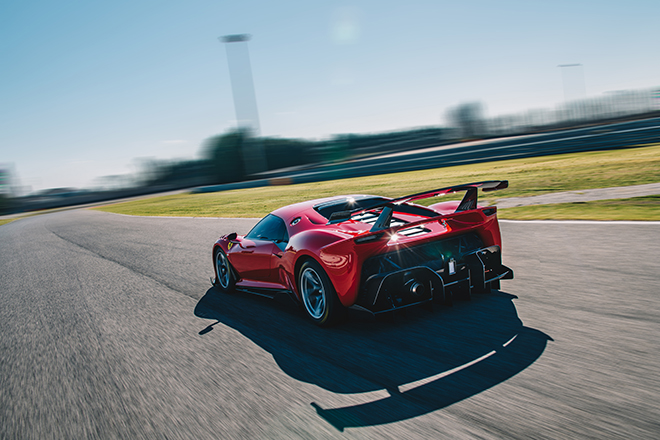 The Ferrari Styling Centre, under the direction of Flavio Manzoni has created Maranello’s most epic supercar – The Ferrari P80/C. A single bespoke sports car, the engineering and aerodynamics team collaborated with the world’s luckiest (and probably one of its wealthiest) clients. With very specific input from him, the new Ferrari P80/C was conceived as a on-off modern sports prototype inspired by iconic models from Ferrari’s history: the 330 P3/P4 on the one hand and the 1966 Dino 206 S on the other.

The great connoisseur and recipient of the Ferrari P80/C hails from a family of long-time
Prancing Horse enthusiasts and as such, became the perfect collaborator for the Maranello marque. As the avid supercar aficionado might know,  the Dino 206 S racing car and the production Dino 206/246 GT may share a common DNA but the design language is completely different – strong racing elements versus the svelte curves of a sportive yet luxurious road car. 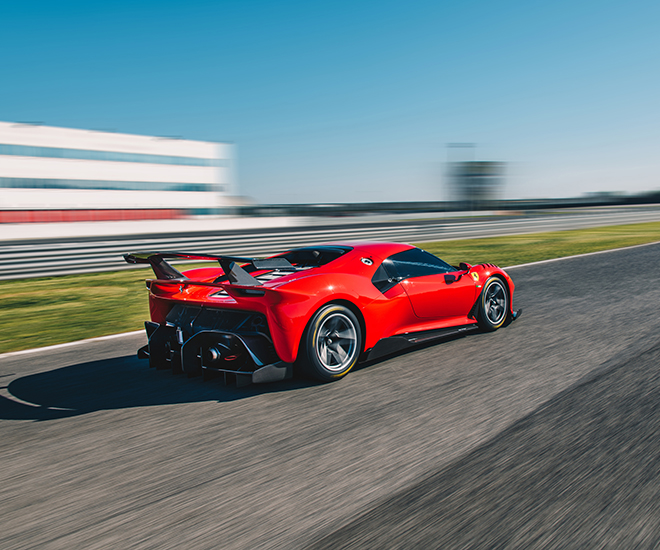 Ferrari P80/C – The Most Epic Supercar from the Maranello manufacturer

That said, despite heritage inspiration from the the 330 P3/P4 and 1966 Dino 206 S, the Ferrari P80/C is thoroughly modern. recreating the sensual shape of those iconic models through more muscular wings but little else. The Ferrari P80/C project has the longest development time of any Ferrari one-off because it took a completely different tack from their usual supercar commissions. 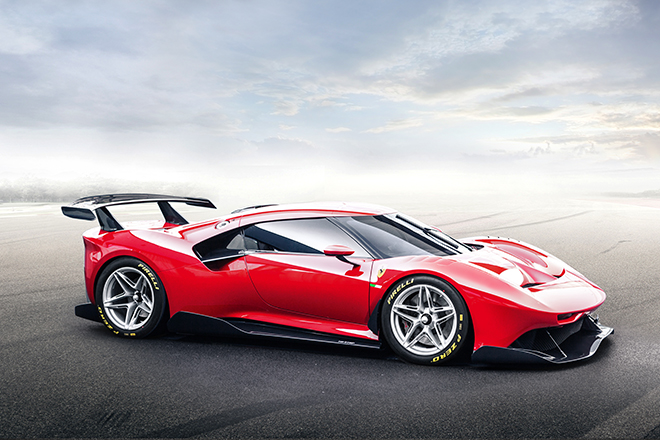 The Ferrari Styling Centre, under the direction of Flavio Manzoni has created Maranello’s most epic supercar – The Ferrari P80/C. 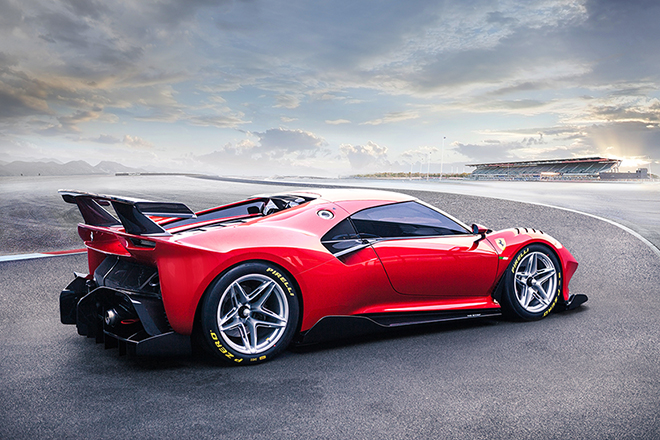 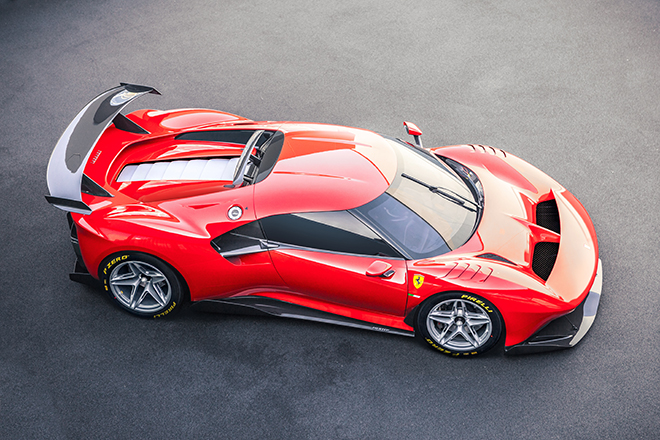 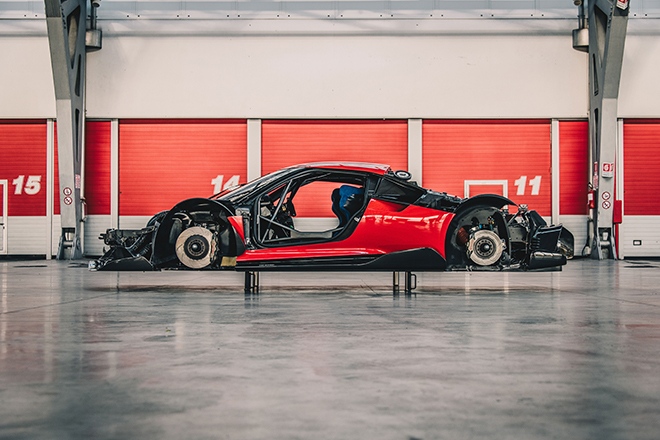 Since a longer wheelbase allows for more creativity, the new Ferrari P80/C uses the 488 GT3 chassis as a basis.

The P80/C is radically different marking a departure from the usual process of taking a donor car and building it on existing running gear. Here, the coachwork is completely different – a track car, where the client’s performance specifications were so onerous that radical changes
to the running gear were required and the direction of a design that was all but guaranteed to be absolutely unique.

Since a longer wheelbase allows for more creativity, the new Ferrari P80/C uses the 488 GT3 chassis as a basis. As a result, the GT chassis allowed the designers to bring the cabin forward on the P80/C in which the rear is elongated, lending the car a more aggressive, compact character. The muscular forms of the front and rear wings with the cockpit set in between are emphasised by broad buttresses that expand towards the side air intakes. 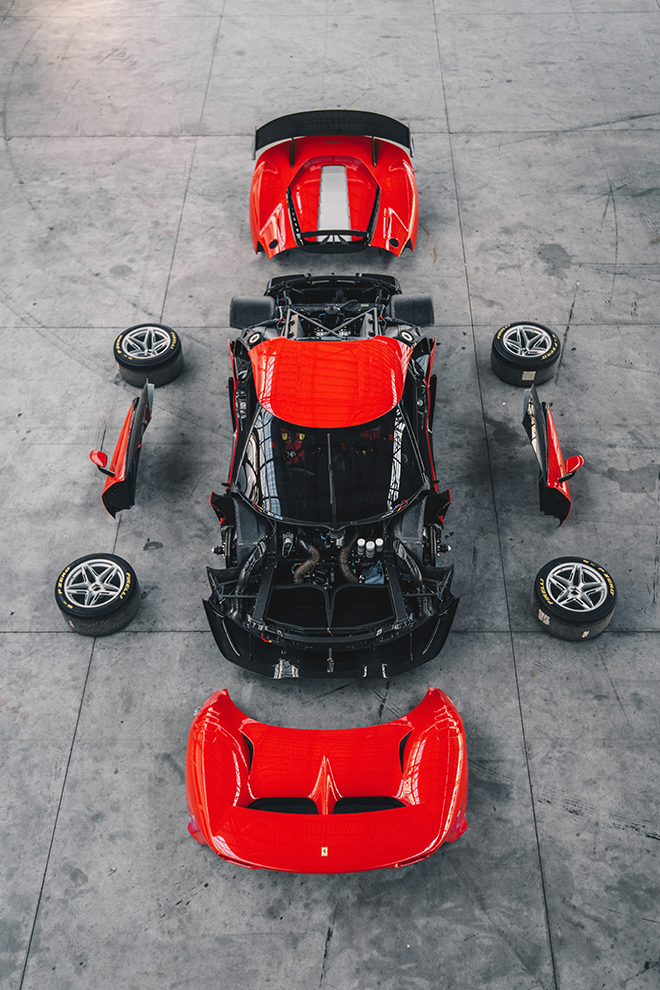 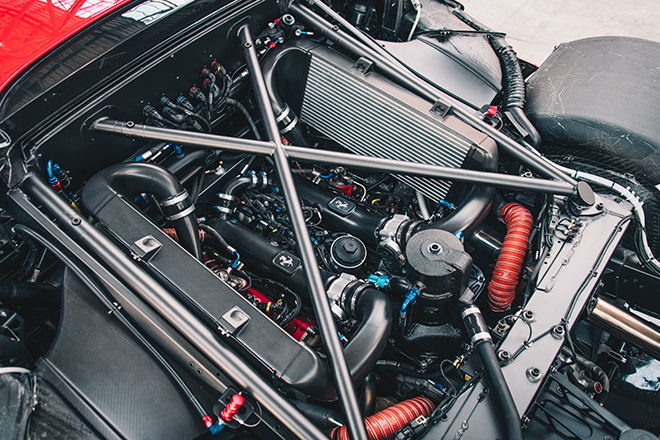 A completely exposed rear that shows all the glorious mechanicals of the 488 GT3’s twin-turbo V8.

A wrap-around windscreen recalls the iconic look of vintage sports prototypes, while the “wings” and seamlessly blended cabin reinforces the design homage to the 330 P3/P4, Dino and 250 LM berlinettas. A completely exposed rear that shows all the glorious mechanicals of the 488 GT3’s twin-turbo V8. The GT3’s even-speed dual clutch gearbox also returns, in the supercar with a dual soul: a racing set-up with head-turning carbon-fibre wing and 18” single-nut wheels, and an exhibition package complete with 21” wheels with lesser exuberance required of a road car hence devoid of aerodynamic appendages.

As befitting the ultimate Ferrari fan, the supercar follows naming and aesthetic conventions of Ferrari’s sports prototype tradition right down to choice of colour.