After a few teases, Aston Martin revealed the 7.0-liter, V12 Vulcan before its live debut at the Geneva auto show. 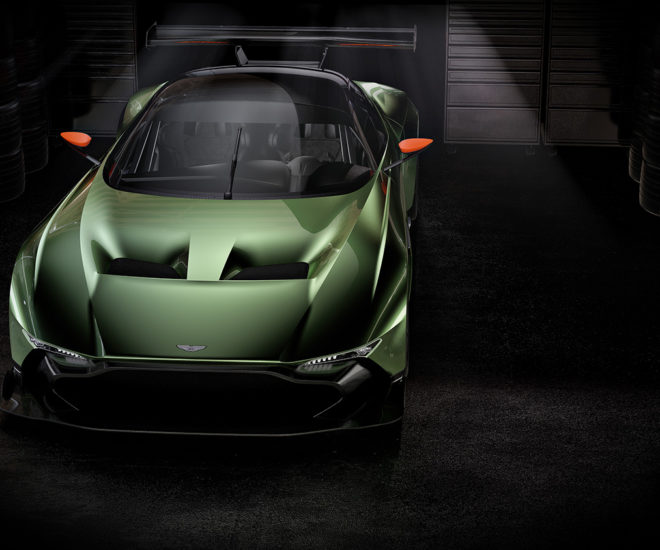 After weeks of teasing, Aston Martin has officially unwrapped the Vulcan.

A track-only supercar, the all-carbon fiber car is powered by a 7-liter naturally aspirated – i.e., no superchargers or turbochargers – V12 engine.

As for what all of that will mean for the 24 clients who will take delivery of one, Aston is keeping much of the performance data a secret for now. All that it has confirmed is that maximum output will be over 800bhp. Of the new car, which will be making its first officially public appearance at the Geneva motor show on March 3, CEO, Dr Andy Palmer, said: “Aston Martin Vulcan is, by its very nature, a rare and thrilling supercar.”

Each owner will get the opportunity to add bespoke trim and exterior details to his or her Vulcan and then will also undergo rigorous training on the track and in racing simulators to improve their track-driving. A “Vulcan race program” will get underway in 2016, which will see events staged at some of the world’s most famous race tracks. Or, in short, pretty much the same deal offered to buyers of the FXX K and the P1 GTR. Dr Palmer describes it as a “unique ownership programme,” and one that “sets a whole new standard in the ultra-high luxury supercar class.”