Skip across the ocean with these three luxury sea toys: The SEABOB, Searcher and Jetovator

Jet Skis be gone! These water-sport gadgets will have you slicing through the ocean like a dolphin Unleash your inner child with these adrenaline inducing aqua-gadgets!  We’ve all seen and done the usual jet-skiing, yachting and paragliding. This time, we’re switching things up with a little risky behaviour. From vessels that take you deep into the ocean to those that make you feel as though you’re walking on water, we take a look at three water-crafts that have been dominating the sea toy market. A fan of James Bond’s heart pumping action scenes? You’re in luck. With this fascinating watersports gadget, you can now glide through water just like 007. Watersport vehicle company CAYAGO AG made waves amongst the watersport community with the SEABOB. Likened to an underwater scooter, these SEABOBs are high performance sea toys that enable users to glide both under and above water, providing a multi-sensory journey to the underwater world.

Placing modern lightweight construction quality at their highest regard, these SEABOBs weigh from 29kg to 35kg, depending on which model is purchased. SEABOB F5 weighs a very light 29kg but packs a punch with a propulsive force of 480 newtons. Even more impressive, the SEABOB F5 SR has a propulsive force of more than 680 newtons, alongside two rear fins to complete its sporty look.

Each of these vehicles is fitted with two separate full high definition cameras to capture your death defying stunts. One is fixed at the bow, while the other rests in the display to capture your point of view. It also doubles as an action camera for some groovy underwater selfies. As both cameras are linked up to LAN technology, the SEABOB is able to send your pictures and footage straight to your smartphone.

For more information on prices, do visit SEABOB. 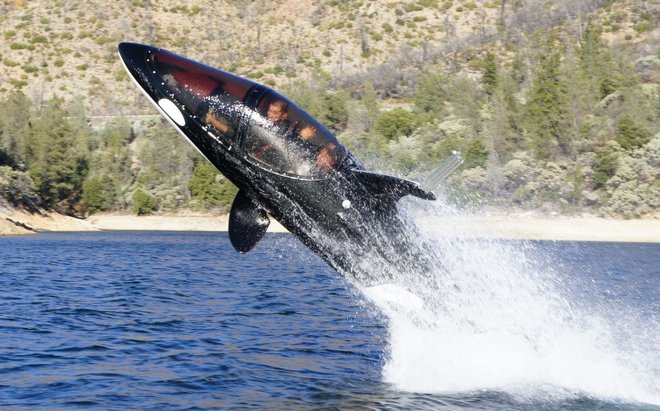 It’s a bird! It’s a plane! No, it’s a Seabreacher! Don’t be fooled, this high-performance sea toy might look like an ocean predator, but it is actually a semi-submersible watercraft. Shaped like marine animals such as sharks, whales and dolphins, each craft can be customised to the owner’s liking. These vessels are able to dive for up to five feet deep and launch out of water at a height of 20 feet. Take your friend on a ride in the two-seater watertight cockpit and marvel at the magnificent underwater world through the panoramic bubble top canopy.

Perform stunts and flips in this aquatic vessel! The craft is propelled by two-fins at the side, controlled by joysticks that the pilot manoeuvres. The tail, on the other hand, takes on the role of a rudder and is operated using foot pedals. A snorkel is also attached to the fin at the top of the vessel. On-board specifications include audio systems as well as front and rear LCD screens for better vision. The Seabreacher can be adapted to your personal preference, with customizable fit covers, trailers and airbrushing available.

For more information on prices, do visit Seabreacher. 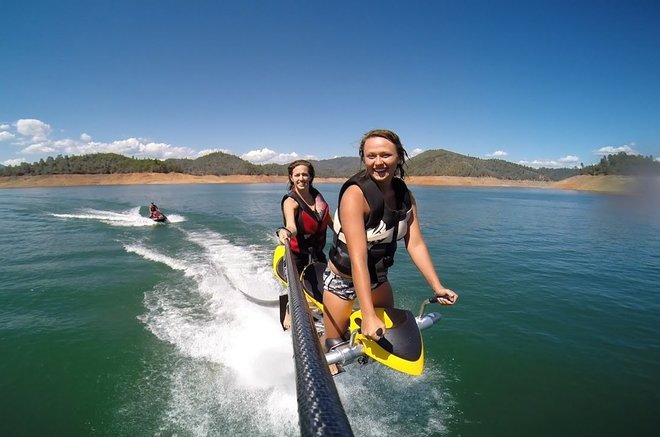 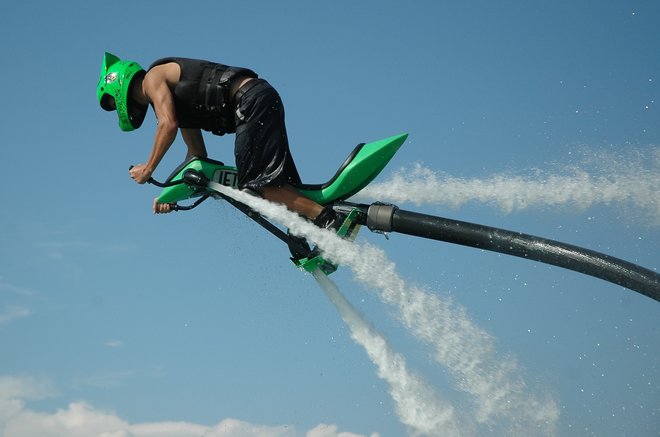 This watersport accessory works by extending the ability of an existing PWC, much like waterskiing or wakeboarding. The craft redirects water from the PWC along a 40-foot hose to the bike, using the force to propel itself upwards to approximately 40 feet. Operated by pushing two handle thrusters, the Jetovator requires at least 180 hp to operate. On the other hand, there is also the Tandem Jetovator. With all the specifications of the original, the Tandem Jetovator is able to carry not one, but two riders with a total weight of up to 400 pounds. It boasts twin controls, allowing it to be steered from either the front or the rear seat. If you are new to watersports, the Tandem Jetovator would be the jet to begin with!

For more information on prices, do visit Jetovator.