Is Neo-Korean Cuisine the Next Big Thing? 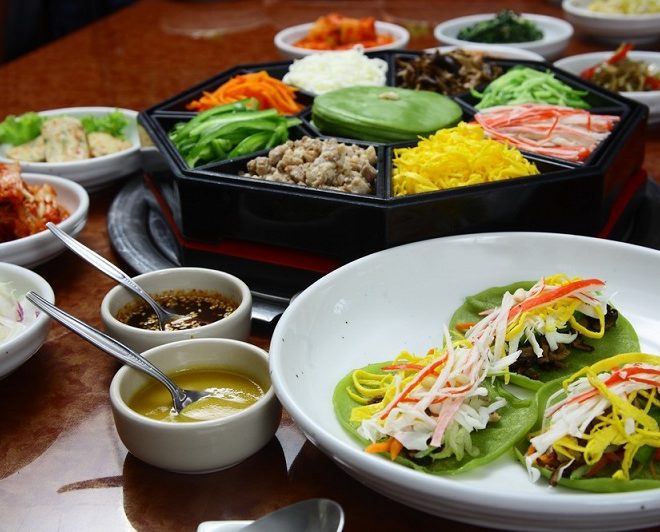 With the Michelin launch set for Seoul, this could be the start of South Korea’s rise into a culinary spotlight that has been long dominated by giants such as Japan and greater China. The country has been slowly gaining prominence in its stature, with a few restaurants listed on the Asia’s 50 Best List, and chefs in the international scene being won over by aspects of the cuisine. Once the Michelin inspectors are done scouring the capital for notables, the fine dining scene will surely get a boost.

In 2014, the Korean restaurant Jungsik located in TriBeCa was the first of its kind to be awarded 2 stars in the New York Michelin guide. Later, Mingles, in Seoul, shot to the 15th spot of Asia’s 50 Best as the Highest New Entry on the ranking, just two years after opening (Jungsik was also on the list, with another restaurant called La Yeon).

Chef Kang Min-goo from Mingles can be seen as one of the buzzing forward-thinking minds at the forefront of pushing the cuisine to greater heights. He trained under Martin Berasategui in San Sebastian, Spain, and later enjoyed stints at Nobu in Miami and the Bahamas, where the knowledge he picked up helped stimulate his innovation for the wonderful dishes crafted in his restaurant. At Mingles, a seasonal menu plays with ‘jang’ and ‘cho’ — Korean fermented sauce and vinegar — and divides dishes into sections like grains, vegetables and fish. Traditional Korean dishes are also given Western touches such as foie gras and truffle, surprising local palates and reinventing old classics.

And those from the outside are catching on to the potential. Triple Michelin-starred chef Eric Ripert is an outspoken fan of Korean temple cuisine, pointing to these secluded locales as containing some of the best kept secrets in the culinary world. Another New York-based French chef, Jean-Georges Vongerichten, starred in a 2011 documentary travel series with his half-Korean wife Marja, exploring Korea’s culinary heritage. The overall rise of Korean cuisine can also be credited in part to the popularity of some of America’s hottest young Korean-American chefs, including David Chang and Roy Choi.

The Michelin guide for Seoul is due for the second half of the year, where the community, both local and international, is sure to be eagerly awaiting what may come in store.