An expedition has now unearthed Brie from the ocean floor that dates back some three hundred years. 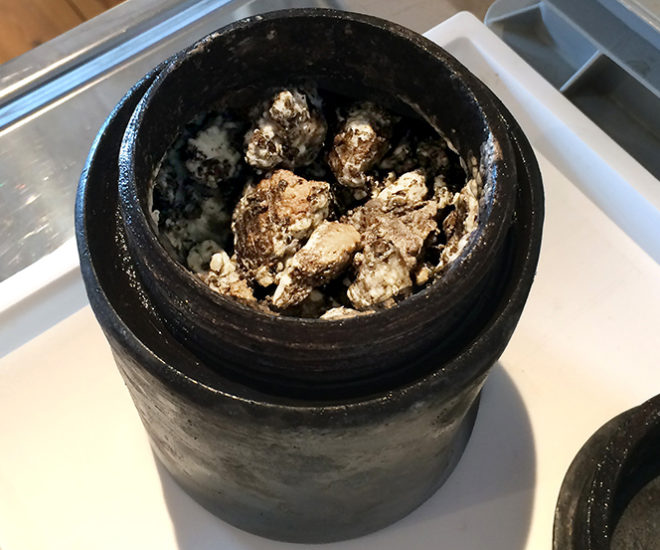 Fancy some 340-year-old cheese from the bottom of the sea? Well one group of divers made a find that is the stuff of dreams for those who truly love exotic cheese. Found in the wreck of a Swedish ship named the Kronan, the de Brie cheese was stored in a watertight container. The pot is now on its way to the Swedish University of Agricultural Sciences for tests.

According to Lars Einarsson, the leader of the expedition, the dairy product was semi-firm and had an aroma of yeast and Roquefort cheese. “Unlike the others, I find its smell is quite pleasant,” he said. “It smells of life.” The Kronan, which translates to Crown, is said to have sank off the island of Oeland Southeastern Sweden on June 1 in 1676. Several factors such as discord among the officers and too much sail caused the ship to capsize. The shipwreck saw only 40 of the 800 crew survive.

Other perishable items found among the wreck include flour, animal bones and wine, providing researchers a chance to find out how food was made centuries ago. The cheese survived thanks to the chill and low salinity of the Baltic and the fact that it lay under a thick layer of sediment, which protected the pot from corrosion.

In 1980, an amateur naval archaeologist found the wreck, whose pieces were scattered across the seabed. Only 80% of the site is estimated to have been explored and thus far, a trove of treasure and historical artefacts have been found. Around 30,000 items have been brought to the surface so far, including bronze cannon, chests, dishes, navigational instruments and a German-made trumpet, as well as diamonds and gold coins.