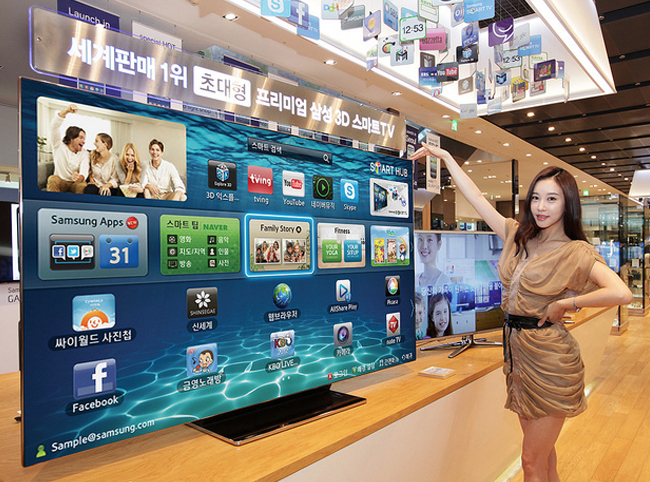 It is the world’s largest super OLED TV and sports a gorgeous 7.9mm-thick bezel, while its 1GHz dual-core processor allows it to run multiple Smart TV application simultaneously.

The Samsung ES9000 features what the company calls a “Diamond Black Panel” which it claims improves the clearness, contrast and brightness of the display.

“The ES900 is the world’s largest super OLED TV to be produced from a single pane of glass and showcases the ultimate in picture quality by featuring unmatched vivid and true-to-life picture quality in both 2D and 3D,” Samsung said in a press release.

“In comparison to even the best LED TVs, it offers virtually unlimited contrast ratios and near perfect color accuracy through several technological advancements.”