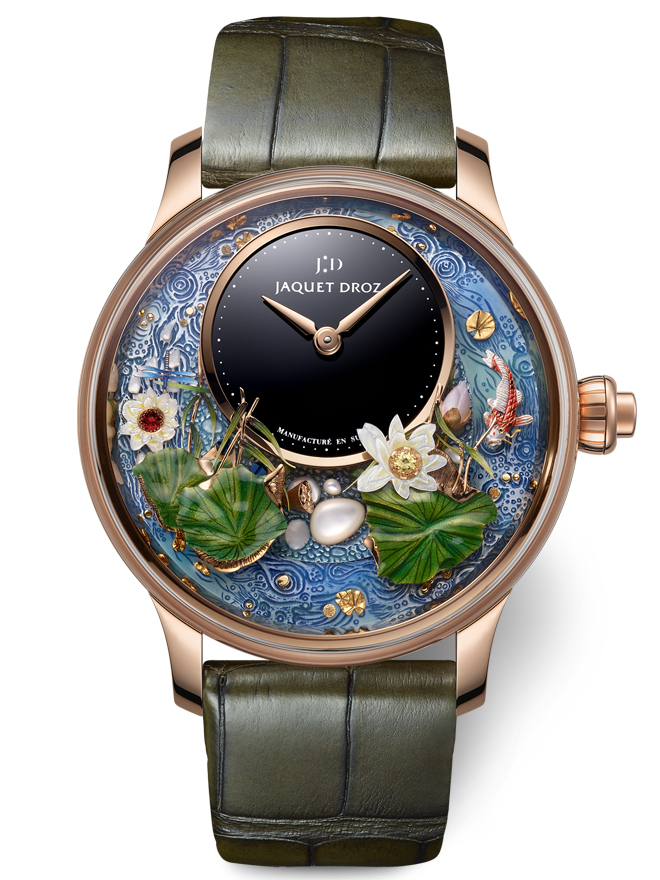 Would you like your watch with a swimming carp, lotus flowers or age-old mechanical magic? If you answered all three, Jaquet Droz has exactly that for you. Anyway, it all boils down to artisanal magic, and that’s what Jaquet Droz is known for.

Jaquet Droz is a master of the automaton, an age-old device that uses programmed robotic mechanics to realise an animated form of human or animals. The tradition has its roots in the late 18th century when Pierre Jaquet-Droz built a number of them as toys to entertain royalty; they also served to advertise his watches. The three most notable examples of these remain in functional order at the Musée d’Art et d’Histoire of Neuchâtel.

In the case of watches, the automaton has to be necessarily miniaturised from the size of a doll down to something tiny enough to reside within the movement of a mechanical wristwatch and its dial. Jaquet Droz timepieces from the Automata collection depict scenes of nature, ranging thus far from a bird’s nest to a jungle with multiple moving elements. For 2019, they present a Zen garden on the wrist called the Magic Lotus Automaton. 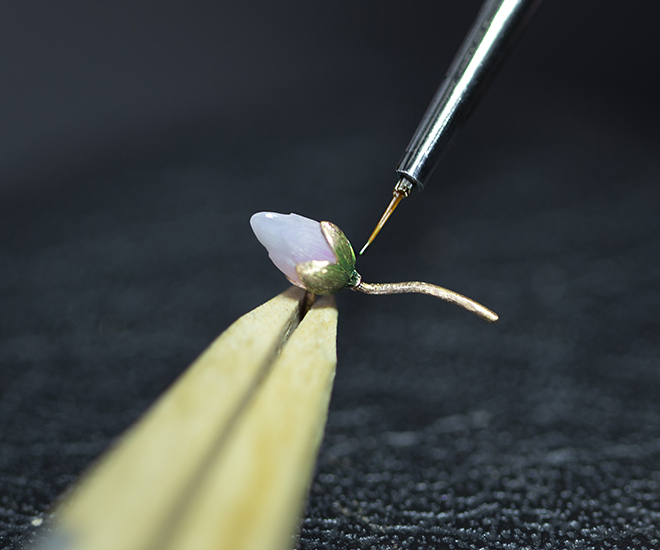 On this watch, the onyx time-telling dial is surrounded by an imagined pond with lotus flowers and a solitary carp. Upon activating the trigger built into the crown, the peripheral disk begins to rotate, bringing the aforementioned carp with it to create the illusion of a swimming fish, tail flapping in a most realistic manner. The carp passes casually underneath the lotus flowers and leaves, as well as the black onyx dial. The full circle animation is symbolic of the continuous circle of life. In addition to time, a story is told. 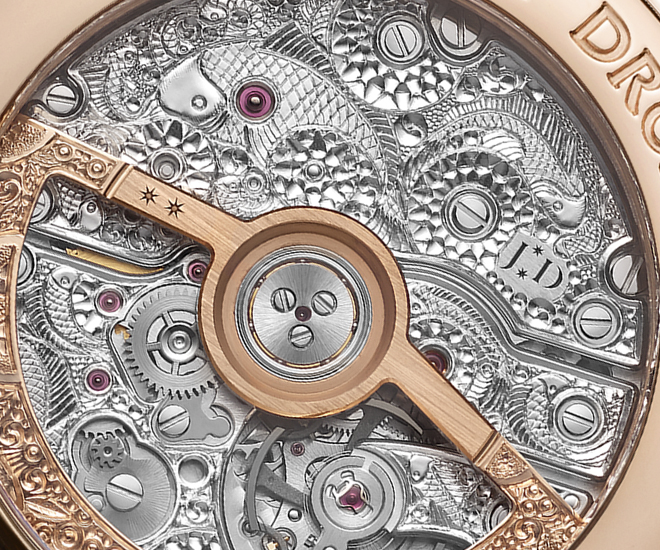 Each such show lasts 30 seconds. The spring is good for eight full rotations when fully wound by the crown. To check how much power is left, look to the red gold dragonfly at the nine o’clock position, which rests on the lotus leaf once the spring is totally depleted. Separately, power for the time indication part of the watch is generated by the skeletonised rotor of the Jaquet Droz 2653 AT2 self-winding movement. The watch has a running time of 68 hours.

This red gold watch measures 43mm in diameter and 16.96mm in thickness, to be worn on a green alligator leather strap about one or two shades darker than a lotus leaf. Its production is limited to 28 pieces.