Despite the Covid “interruption”, pent up demand for UK real estate remains as brewing geopolitical developments sees capital flight from Hong Kong as China increases its grip on its once autonomous territory; with additional stamp duty holidays, demand will outstrip supply 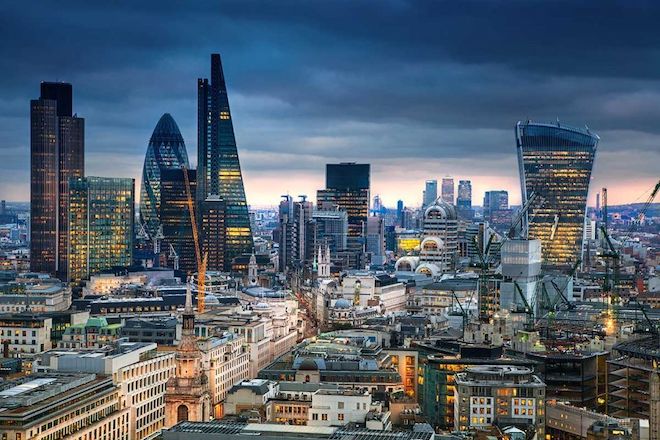 Marc Von Grundherr, Director of Benham & Reeves, oversees the London-based property agent’s rentals operations as well as securing new business for the firm, which has 16 offices in London and eight overseas including Singapore and Malaysia.

“Covid-19 is an interruption more than anything else. People still want to transact.” – Marc Von Grundherr, Director of Benham & Reeves

In mid 2019, Von Grundherr opined in London Loves Property that the re-election of Boris Johnson had contributed to the “Boris Bounce” with data sets showing that Johnson could be the best man for the job from a real estate perspective. Of course, any growth from Q1 2020 was quickly nipped in the bud by the onslaught of the global pandemic. Von Grundherr tells LUXUO that UK real estate will bounce back, aided by the current Stamp Duty Holiday. 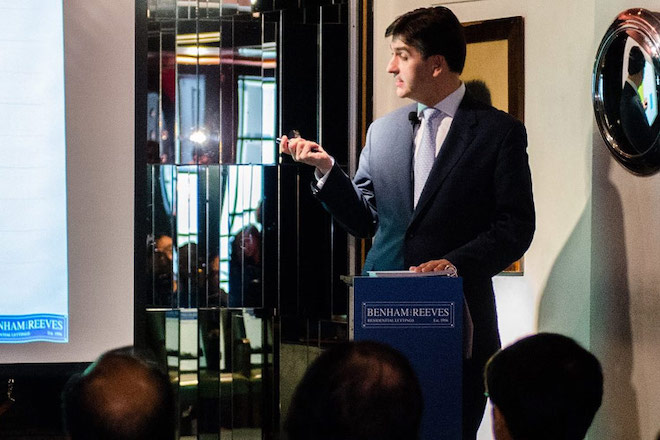 Speaking to Mansion Global, Von Grundherr said that “Covid-19 is an interruption more than anything else. People still want to transact. In Q1, everything was bouncing back. And then there was a massive interruption. Buying, viewing and sales are back with a vengeance. Fundamentals are still the same, and there’s still demand.”

“Last year because of the anti-extradition law protests I wanted to migrate more, and it’s pretty much this year, because of the national security law that I’m determined to move.” – Hong Konger Winnie Tong on why she’s moving to Britain

Marc Von Grundherr, Director of Benham & Reeves: Pent up demand is there

Indeed, pent up demand is still there, as are brewing geopolitical developments which see capital flight from Hong Kong as China increases its grip on its once autonomous territory; a policy once expressed as “One country, two systems”, a constitutional principle of the People’s Republic of China describing the governance of Hong Kong and Macau since they became Special Administrative Regions (SARs) of China in 1997 and 1999 respectively.

“We have never received so many calls.” – von Grundherr 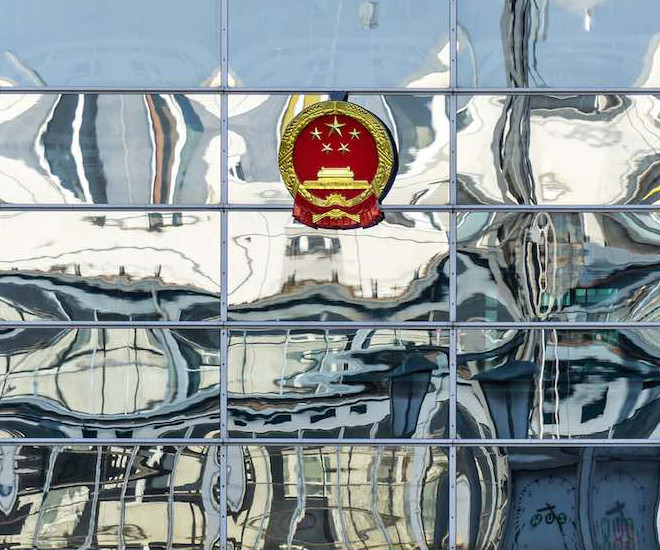 According to Reuters, Hong Konger Winnie Tong had intended to move to Britain with her family in two years, but hesitated after Birmingham real estate prices jumped almost 15% since April. Indeed, after the UK government offered 3 million British National Overseas passport holders in Hong Kong a path to British citizenship in July after Beijing imposed sweeping new security legislation in Hong Kong, the Chinese citizens have been snapping up UK real estate.

“We have never received so many calls from existing clients,” said von Grundherr, Benham and Reeves currently manages a portfolio of UK properties for about 1,000 clients in Hong Kong. In fact, the latest research from Benham and Reeves revealed where foreign buyers can get the most significant discount combination of a double stamp duty saving and a reduction in property prices. 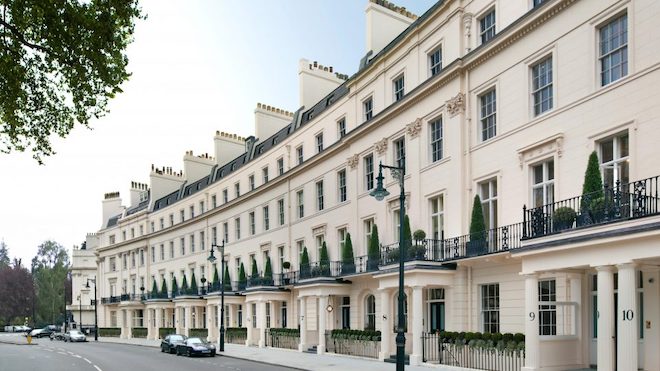 Kensington and Chelsea offers the most significant additional saving for foreign buyers transacting at the moment. With the current holiday in place, the cost of stamp duty on a current purchase has reduced from £125,243 to £110,243; a saving of £15,000. 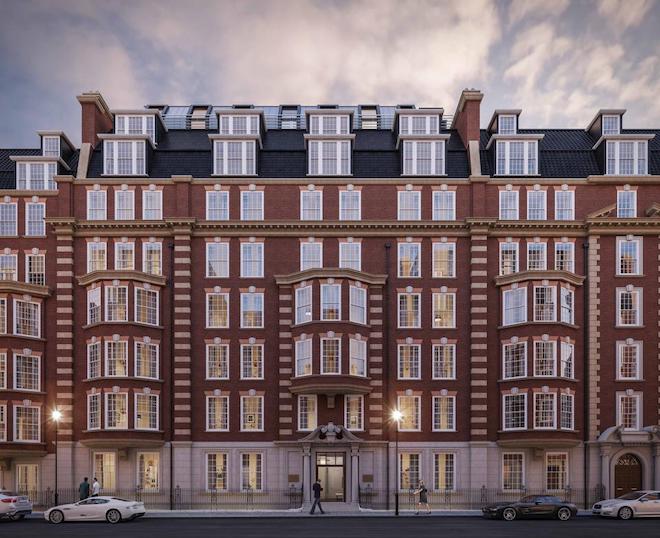 “Any negative price trends that have plagued the capital in the last 12 months are sure to be short-lived as demand starts to outweigh supply.” – Marc Von Grundherr, Director of Benham & Reeves,

A weaker pound (GBP) since 2014 and a stamp duty holiday in Britain for homes priced below 500,000 pounds ($654,400), have also encouraged Hong Kong buyers to invest in the UK. In fact, growing interest in Southeast Asia for London properties also prompted Benham & Reeves to reach out to Malaysians, in 2012, the company had the credential of being the only letting agent from London to have an office in Kuala Lumpur.

According to property consultancy Knight Frank, Hong Kong buyers have climbed a notch to become the fifth largest foreign investors in central London in the past 12 months, after China, the United States, India and Russia. Hong Kong buyers accounted for 4% of purchases, up from 2.5% in 2016. Largely driven by fears of China’s iron rule, confidence in Hong Kong’s reputation as a global financial centre for investors took another blow after America said it was considering measures to restrict money flow through the territory. 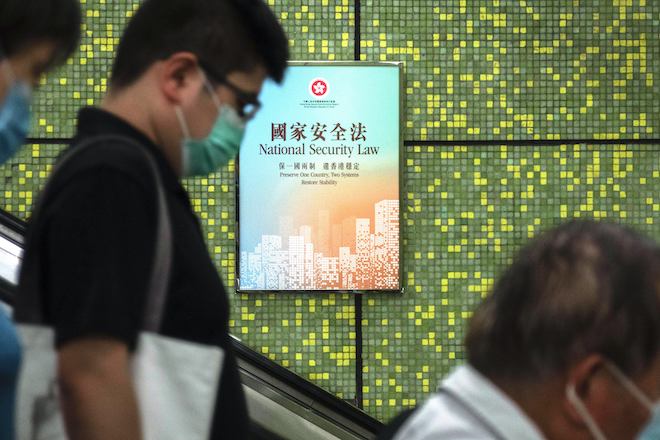 The storm of political events, low interest rates, and stimulus capital has led to a lot of attention on where the best stores of value could be. Director Marc von Grundherr, commented: “The recently implemented stamp duty holiday has not only rejuvenated domestic buyer demand, but we’re also seeing foreign buyers starting to return to the capital in their numbers. In fact, the vast majority of our buyer interest coming from Asia has only been concerned with homes falling under the £500,000 threshold.

This has been intensified due to the sour taste of a two per cent stamp duty surcharge on the horizon as the government continues to dampen what is a vital sector of the London property market.

In any case, the stamp duty savings currently on offer have been heavily bolstered by the additional saving made in comparison to buying from April next year and this has caused an immediate uplift in buyer demand from foreign shores. Great news for developers who with stock currently, or due to hit the market in the coming months.

What’s more, some boroughs have seen property prices reduce over the last year and so foreign buyers are not only able to save considerably where stamp duty is concerned, but they’re securing even better value in terms of the price of the property itself.

London remains the pinnacle of homeownership for many foreign buyers, and while a ramped-up level of stamp duty will be hard to swallow, it certainly won’t deter buyers in London’s high-end market. However, with many rushing to make the most of the savings currently on offer, any negative price trends that have plagued the capital in the last 12 months are sure to be short-lived as demand starts to outweigh supply.”