On day three of Royal Ascot, traditionally know as Ladies Day, the hat competition heats up! 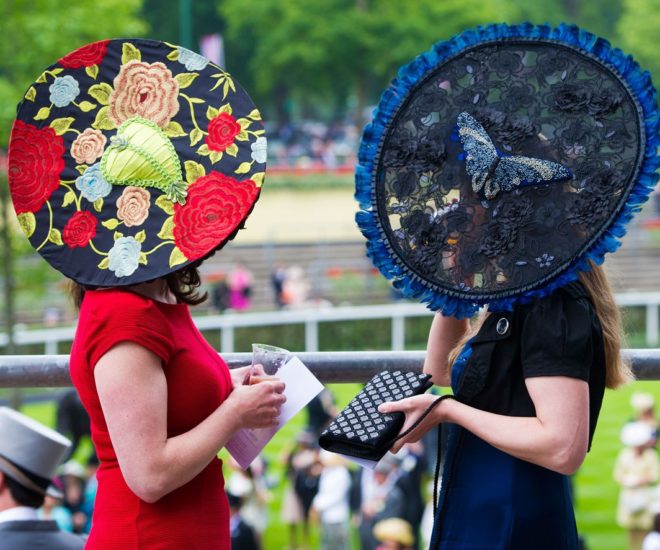 Europe’s best-attended horse-racing meeting, Royal Ascot draws around 300,000 visitors every year, who flock to the Berkshire racecourse for the five-day festival which is famous for its stylish ladies and dramatic hats. Racegoers approach the Royal enclosure where top hats and tails remain compulsory for the gentlemen. Members of The Tootsie Rolls, a retro girl band, pose for pictures in their hats on the festival’s second day. Designer Larisa Katz, wore an outfit and an enormous hat made from chocolate packaging. Hat designs can range from minimalist fascinators to all-out accessorized extravaganzas like this maternity-themed hat. Some of the visitors go cuckoo with all the hat choices. A woman wears an art-deco style hat with a pair of mirrored shades. Britain’s Queen Elizabeth II and The Duchess of Cornwall attending the first day of the festival.