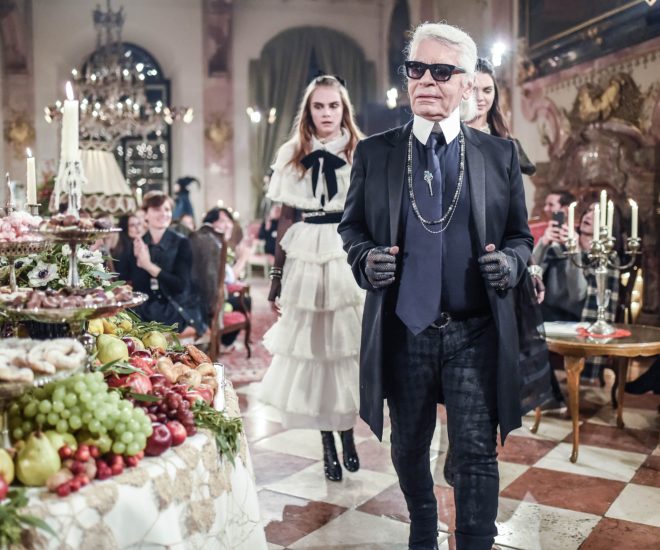 On March 31 in New York City, Chanel will reshow the Paris-Salzburg collection that was first presented on December 2 at the Schloss Leopoldskron, a sumptuous palace in the snowy Austrian city of Salzburg.

Following the Big Apple show, the Croisière (Resort 2016) collection will then be unveiled at the Zaha Hadid-designed Dongdaemun Design Plaza in the South Korean capital Seoul on Monday, May 4.

The final big news in the brand’s year of mobile fashion shows is that the next Métiers d’Art show (the Pre-Fall 2016 season) will be shown in Rome, with the Italian capital welcoming Chanel on December 1 this year.

We can’t wait to see what various influences Lagerfeld takes from the dynamic Asian tech hub for Resort and from the ancient city of Rome.