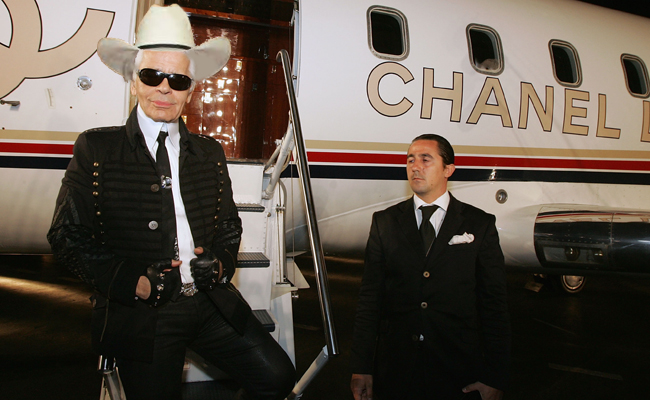 For its 2013/14 Metiers d’Art fashion show, previously held in India and Scotland, CHANEL will be traveling to Dallas, Texas for a showcase themed “Paris: Dallas”: Fair Park Fair Park is the perfect location for Chanel: built in 1936 to celebrate the state’s 100th anniversary, the 277-acre park contains the world’s largest collection of art deco buildings, art and sculpture.

Gabrielle “Coco” Chanel also visted the city herself to receive the Neiman Marcus Award for Distinguished Service in the Field of Fashion in 1957.

The event will see the first screening of Lagerfeld’s movie The Return, which stars Geraldine Chaplin and Rupert Everett among others, and looks at Coco’s return to the world of Parisian haute couture after years in the fashion wilderness following the Second World War.