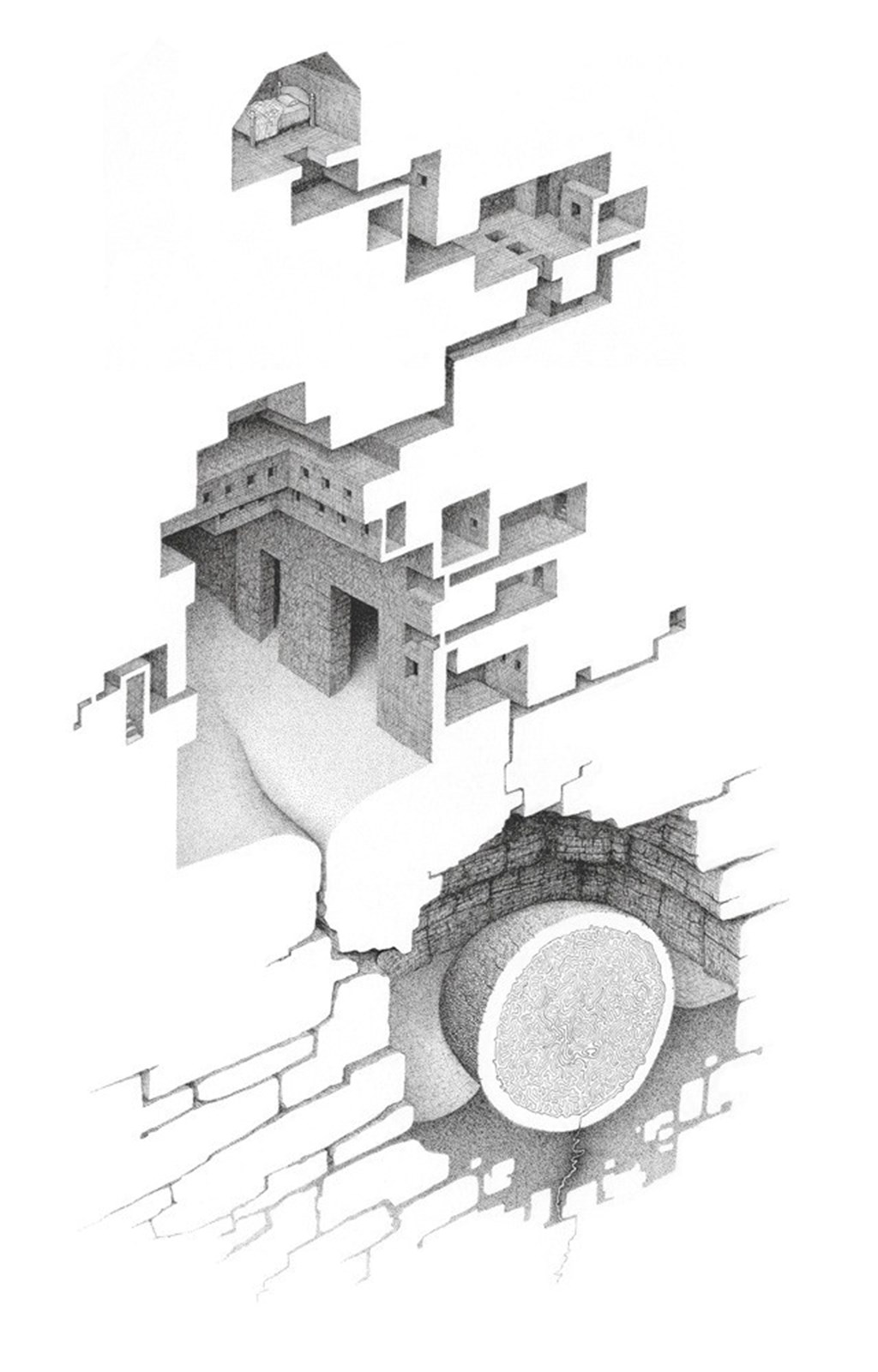 Mathew Borrett was born in 1972 and grew up in rural Ontario. He’s a graduate of the Illustration program at O.C.A.D., Toronto.His illustrations have been featured and made available on Fine Art America. Since 2003, Barratt has continued to imagine and build fantastical spaces and architecture in his drawings. Learn more about Mathew Borrett and check out more of his work here !