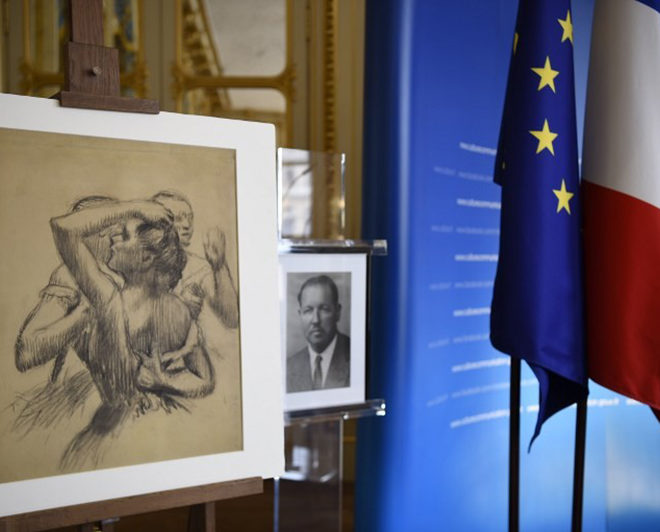 Art is one of the most treasured items of possession, which we should know well given that our sister title is Art Republik, and the Nazi regime had a well-known fetish for the European Old Masters. This Degas piece that sold for $511,000 suffered from the unwanted attention of the Third Reich. In this case, there was a happy ending, just as there was in the George Clooney film Monuments Men.

In August 1940, the Nazis seized an Edgar Degas drawing from Maurice Dreyfus, a doctor. It was eventually found in 1951 in a closet of the former German embassy in Paris, and given to the Louvre Museum before it was identified as the property of the Dreyfus family.

“We received a gift from heaven when we learned that they found the Degas drawing. It’s as if my father gave us a gift from beyond the grave. We are very moved,” said Dreyfus’s daughter Viviane.

The 1898 drawing, titled “Trois Danseuses en Buste”, was then put up on auction by the Dreyfus family, and fetched 462,500 euros ($511,000). The reported buyer was an Italian collector, who purchased the art piece by telephone, according to the Osenat auction house in Fontainebleau near Paris.