Inside the New Prada Fondazione in Milan

Art Republik takes us through the new Prada Fondazione, and explains the design process behind the creative space. 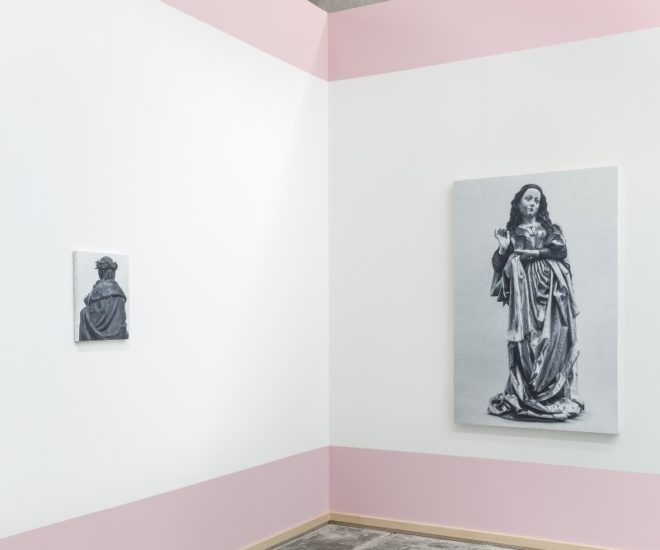 Formed in 1993, the Fondazione Prada has served as a platform to support and encourage the appreciation of contemporary art exhibitions, architecture, cinema, as well as philosophy, much like a symposium in Ancient Greece. Its diverse origins has led to the meetings of more disciplines and languages over the years, inspiring the development of more experimental, inter-disciplinary projects. Various fields of disciplines such as art, music, and even science, have been pursued and examined through a flexible approach, which the open landscape of the Fondazione allows for.

Since 2011, the Fondazione has operated from its Venetian outpost in the 18th century palazzo Ca’ Corner della Regina, which has launched five research exhibitions in this venue until today, concurrently with a preservation and repair programme of the palazzo which is developing in several phases.

The second Milan venue of Fondazione Prada, which opened to the public in May 2015, is located in Largo Isarco, in the south of Milan, and covers a remarkable overall surface area of 19.000 m2/205,000 ft2. Once the site of an old distillery ‘Società Italiana Spiriti’, located in an industrial complex, this building comprises of seven existing buildings with three new structures including a museum for temporary exhibitions, transformable cinema buildings, and a tower. Led by award-winning Dutch architect Rem Koolhaas, and conceived by the renowned architectural firm OMA, this new venue in Milan brings together the preservation of old architecture with the creation of newer ones.

The Fondazione’s primary aim is to offer new platforms and opportunities for people from any given field of interest to enlarge and enrich their process of learning. The Prada Collection within the Fondazione comprises mostly of artworks from the 20th and 21st centuries. Despite having a strong focus on the arts as the central instrument of working and learning, the Fondazione often invites different kinds of people to provide new interpretations of undetected ideas from the collection such as curators, artists, architects, but also scientists, students, thinkers and writers.

At the center of the compound is the ‘Haunted House’, a four-story building that hosts a permanent installation by American sculptor Robert Gober, as well as two original works by the late French-American artist Louise Bourgeois. Gober’s curated works, which are located on the higher floors of this building, combines both newly formed installations with his existing pieces. His sculptures are also well incorporated into different spaces, creating new meaning for his work. Best known for his sculptures, his pieces often relate to domestic and familiar objects like sinks, doors, and legs, with recurring themes of nature, sexuality, relationships, politics, and religions.

Displayed on the first floor of the building are two works by Louise Bourgeois: ‘Cell (Clothes)’ (1996) and ‘Single III’ (1996). Similar to Gober, Bourgeois also explored a variety of themes relating to the familiar, the domestic, sexuality and the body in her artistic process. Displaying her works as a central image on the first floor serves as an effective prelude to the other installations in the building. Located in the entrance building is the Bar Luce, Prada Fondazione’s cafe. Designed by film director Wes Anderson, the Bar Luce is inspired by the atmosphere of a typical Milanese café. The arched ceilings from the original structures, as well as other architectural and decorative details unique to the old design of the place have been preserved and modified to fit the new interior of the café. Preserving these elements in the design recreates a ‘miniature’ version of the architecture of Galleria Vittorio Emanuele, one of Milan’s symbolic buildings. Even the seats, formica furniture, floor, veneered wood wall panels and the range of colours employed are reflective of Italian popular culture and aesthetics from the 1950s and 1960s, reminiscent of the aesthetic choices made in Anderson’s short film ‘Castello Cavalcanti’. Despite being known for his symmetrical tableaus in cinema, Anderson’s artistic preferences in movies did not play a part in his interior design, as his main intention was “to design not a set but a space for real life – but maybe it will be a good place to write a movie.” Fondazione Prada relies on its open structure to facilitate the confrontations between the disparate cultural departments that the building houses. Its programs are coordinated by Astrid Welter, Mario Mainetti and Alessia Salerno, the Thought Council, a group whose members will vary over time and founded by Shumon Basar, Nicholas Cullinan and Cédric Libert, soon to be joined by Elvira Dyangani Ose and Dieter Roelstraete in May, the Presidents Miuccia Prada and Patrizio Bertelli and the artistic and scientific Superintendent Germano Celant.

As stated by Rem Koolhaas: “The Fondazione is not a preservation project and not a new architecture. Two conditions that are usually kept separate here confront each other in a state of permanent interaction – offering an ensemble of fragments that will not congeal into a single image, or allow any part to dominate the others. New, old, horizontal, vertical, wide, narrow, white, black, open, enclosed – all these contrasts establish the range of oppositions that define the new Fondazione. By introducing so many spatial variables, the complexity of the architecture will promote an unstable, open programming, where art and architecture will benefit from each other’s challenges.”

The Fondazione’s institutional structure embodies its overall aim towards reinvention. With its open concept, groups of individuals, regardless of their generation and interest, can engage in open discussions on expanding knowledge in their respective fields.

Since its conception in 1993, the Prada Fondazione has seen a series of solo and group shows, architectural projects, philosophy symposiums, as well as multi-disciplinary conferences. From now till 28 August 2016, a group show titled ‘L’image volée’ (The Stolen Image) will be on display. Curated by German sculptor and photographer Thomas Demand, within an exhibition architecture designed by sculptor Manfred Pernice, the show occupies both levels of the Nord gallery and the Cinema at Fondazione Prada in Milan. This gallery includes more than 90 works produced by over 60 artists from 1820 through to present day. This gallery seeks to explore the evolution of common imagery in art through the years, and how artists often rely on pre-exiting models to build their own ideas. The exhibition presents three possible investigations: the physical appropriation of the object or its absence; theft as related to the image per se rather than the concrete object itself; and the act of stealing through the making of an image. Demand’s vision in curating this exhibition was to provide the visitors with an unorthodox insight into a voyage of artistic discovery and research, as well as to question the boundaries between originality, conceptual inventiveness, and copying.

The Prada Group has also recently launched a corporate social responsibility website in efforts to encourage curiosity, innovation and participation. The site features a collection of stories surrounding art, preservation and legacy, and also serves as a platform open discussions within communities on these issues. The webpage is divided into three main sections: ‘work’ as represented by artisanal workmanship and innovation, ‘territory’ in the sense of the respect for the places in which we work in through a deeper understanding of how architecture interacts with its surroundings, and ‘culture’ in terms of the legacy we leave behind. Each of these themes are found in the collection of stories on the site, which are illuminated through text, large images, full-screen photo galleries and videos. Such an initiative will contribute to the development of curiosity and dialogue, which Prada Fondazione ultimately seeks to insight with their projects.