The art world is stirred up as a possible new painting by the Italian master was uncovered in France. 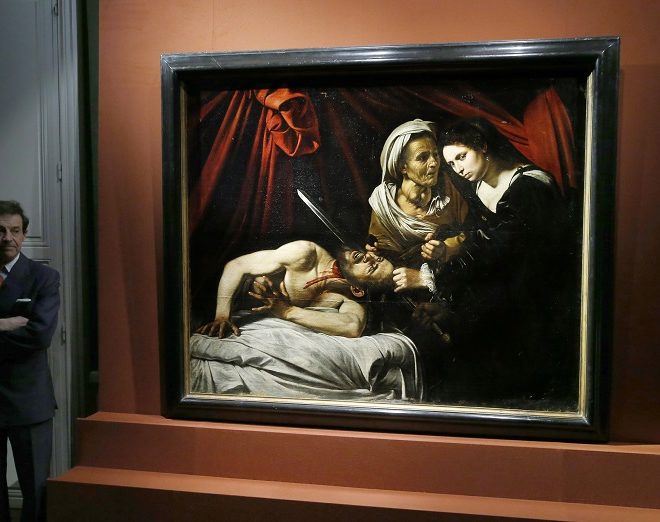 With all of the Caravaggio experts coming down to lay their judgment on whether Judith Beheading Holofernes (v.2) is the real deal, this may be the artistic world’s equivalent of a Kendrick Lamar or a Beyoncé surprise album drop. Well, except of course Caravaggio is quite dead and he never had a Top 40 hit or played the Superbowl Half Time show. From our own unprofessional vantage point though, the best we can say is that it definitely looks like a Caravaggio. If the painting that was discovered in a small attic in France happens to be a piece by the Italian Renaissance master, then its worth could go up to 120 million euros. Not that we would value a Caravaggio solely or even primarily by its dollar value of course but we digress.

Specialist impressions seem to be pointing towards confirming the painting’s authenticity and, if so, then the owners who scored the discovery from their own attic must be in a state of unbridled joy. Currently the adjudicants list that the work is in remarkably good condition, and that it is believed to come from 1600 to 1610. Expert Eric Turquin voiced that “the light, the energy typical of Caravaggio, without mistakes, done with a sure hand and a pictorial style that makes it authentic”.

To back this up, Turquin brought in top Caravaggio specialist Nicola Spinoza – the former director of the Naples Museum. Spinoza assessed (in an assessment witnessed by AFP) that: “One has to recognize the canvas in question as a true original of the Lombard master, almost certainly identifiable, even if we do not have any tangible or irrefutable proof”. To those who find the name of the painting familiar, this is actually the second version of the work. The first one was discovered in 1950 and is currently in the collection of the Galleria Nazionale d’Arte Antica in Rome;  it features a different interpretation of the same scene.

Despite the endorsement of Spinoza and others, some continue to doubt the veracity of the painting. French art newspaper Le Quotidien de l’Art has just such a naysayer in Mina Gregori, another expert, who said that it was “not an original” although she recognized the “undeniable quality of the work”. She and others have suggested that the work is by a student of Caravaggio, possibly because it is the second known representation of the same scene, as we noted earlier. There is also this rather amusing story from The Guardian.

Needless to say the French government decided that it was better not to agree with the naysayers for now, and promptly slapped an export ban on the work to keep in on French soil “as a very important Caravaggian marker, whose history and attribution are still to be fully investigated”.

Either way, the news has probably stimulated the salivary glands of art collectors and connoisseurs out there enough such that it’ll still fetch a hefty sum in the end. If it at least leads to more people learning about Caravaggio then we and art lovers everywhere will be gratified.