Vietyacht launched its new showroom in a spectacular opening ceremony in Ha Long City, well known as the gateway to world-famous Halong Bay. Founded by Duc Thuan Nguyen, the dealership has described the facility as the ‘first yacht showroom in Vietnam’. 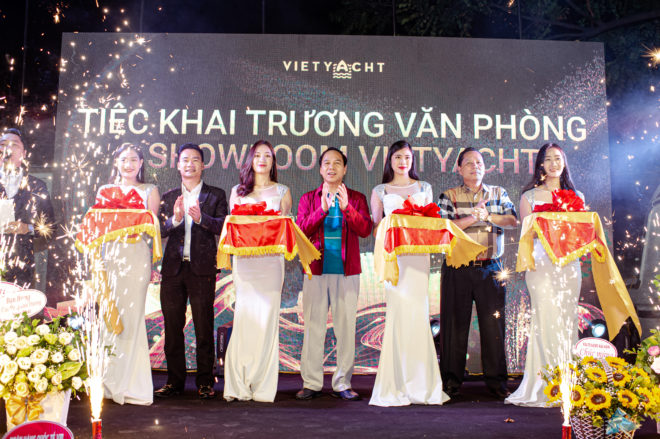 The showroom covers an area of 1,000sqm – or about four tennis courts – and includes an indoor area containing the Vietyacht office and a display for yacht models from the six brands it represents, which include Jeanneau and Prestige from the Beneteau Group, and catamaran builder Fountaine Pajot.

Entertainment at the launch included a band on stage and a violinist performing on the foredeck of the Velasco 43F, while guests had the chance to go on board the yachts. Vietyacht also displays yachts in Tuan Chau Marina, allowing customers to experience the boats on the water. 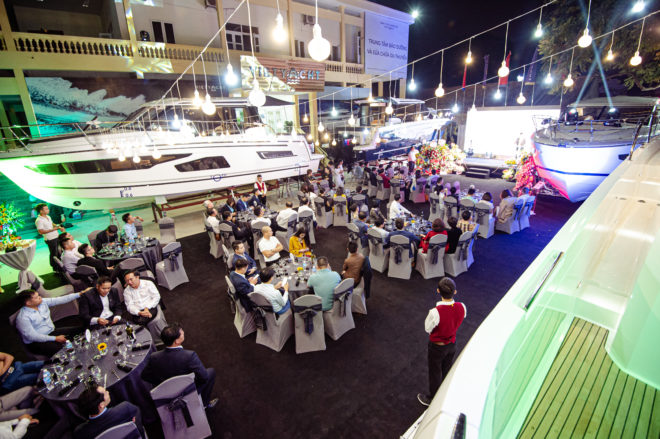 Two days before the showroom launch, Vietyacht staged a ceremony for a new Prestige 520 as well as a Merry Fisher 795 and Cap Camarat 6.5 Walk Around.

The dealership said it expected the arrival of three more yachts by early 2020 that would also be brought to the showroom. As well as its headquarters in Ha Long City, Vietyacht also has sales offices along the coast and a charter division, VietyachtClub.

Meanwhile, Paul Blanc has been appointed General Manager of the Jeanneau brand. In his new role, Blanc will report to Gianguido Girotti, the Group’s Deputy CEO in charge of Product and Brand Strategy.

After graduating from French business school ESSCA, Blanc moved to China in 2001 to study Mandarin. After a career start in Beijing in the automotive sector, he decided to combine his passion for boating with his job and joined the Jeanneau and Prestige teams in 2010 as Sales Director for Asia Pacific.

Initially based in Shanghai, he established the Jeanneau Prestige regional office in Hong Kong in 2011, then in 2018 was appointed Managing Director of the new Groupe Beneteau Asia Pacific office in Hong Kong, which covers all the Group’s brands.