Steve Jobs died too soon to witness the christening of his Philippe Starck-designed boat built in the Netherlands’ Aalsmeer shipyard. 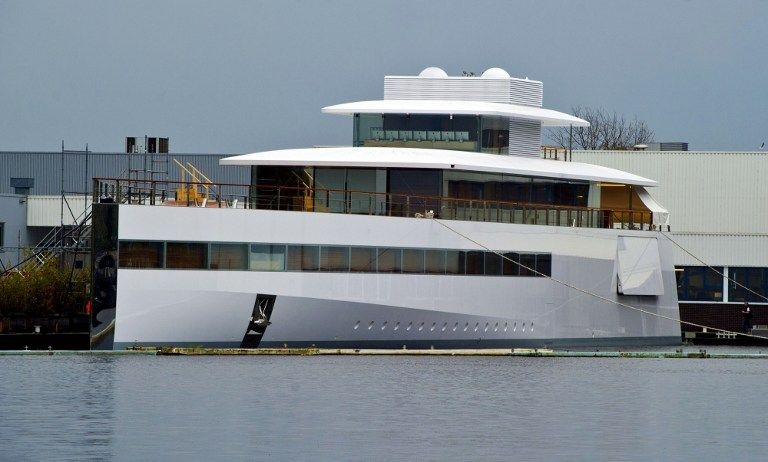 Steve Jobs’ yacht was unveiled in a Dutch shipyard on Sunday, where the unusual boat designed by Jobs and famed designer Philippe Starck was christened “Venus,” after the Roman goddess of love, beauty, sex, fertility, prosperity and victory.

According to Dutch website OneMoreThing, the finished ship was launched at shipbuilder Koninklijke De Vries in Aalsmeer, The Netherlands. Jobs’ widow Laurene and three of their children, Reed, Erin and Eve, were at the ceremony.

The ship, which measures between 70 and 80 meters, took 6 years to build. Its whiteness echoes Apple’s flagship products, and the ship also houses seven 27-inch iMacs in the control center, according to the website.

The ship was designed as a floating apartment, complete with a spacious sun deck at the front and a hot tub.

Back in April, French designer Philippe Starck revealed that he had been working on a “revolutionary” project with Apple, adding that it was a personal project that had nothing to do with the brand’s business.

Designing the boat was the fruit of an ongoing collaboration between Jobs and Starck over more than seven years.

In the wake of Jobs’ death, his widow decided to see through the completion of the boat in honor of her late husband. The yacht is set to be shipped by cargo to the US.