Italy’s Monte Carlo Yachts responds to market demand with more enclosed-flybridge models, with the MCY 76 to join the Skylounge line.

Having staged the world premiere of the MCY 70 Skylounge at February’s Miami Yacht Show, Monte Carlo Yachts is developing more models with an enclosed flybridge including the MCY 76 Skylounge, which will premiere at this year’s Fort Lauderdale International Boat Show (Oct 28-Nov 1). 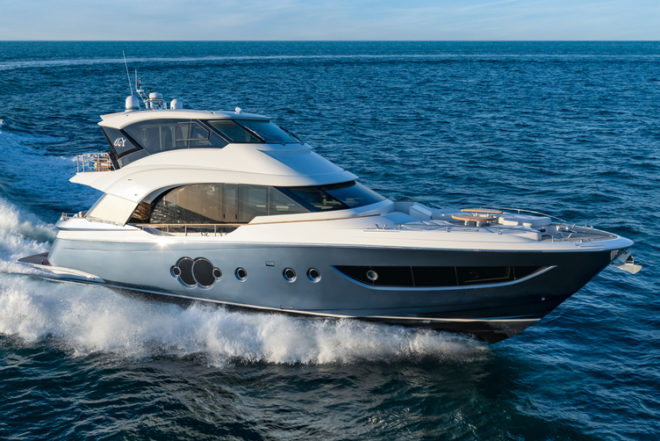 Last year, the Italian builder kicked off its second decade by launching a second generation of models, with the new MCY 70 and 76 succeeding their namesakes, and the 66 replacing the 65 as the Monfalcone yard’s entry-level yacht.

Fabrizio Iarrera, Managing Director of Monte Carlo Yachts, said: “We firmly believe in a close, continuous relationship with our customers and the MCY Skylounge Collection is the perfect example of this. 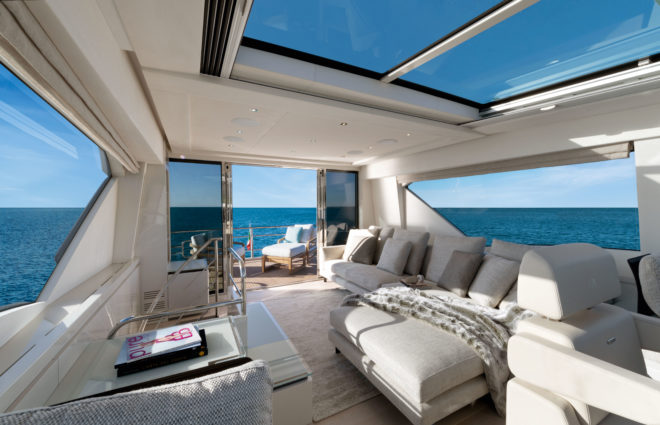 The upper-deck skylounge, with a view of the open aft deck

“We received requests from a number of markets for yachts with even broader and more versatile interior spaces to be enjoyed all year round. We are now able to fully satisfy these requests with new models that exemplify and build on Monte Carlo Yachts’ production and design philosophies.”

Nuvolari-Lenard has created all of Monte Carlo Yachts’ models since the builder was founded in 2008 and is also behind the Skylounge design, which features the yacht’s sole helm station and an indoor-outdoor area that can include sofas and chairs, a galley and a dining area.

“We were inspired by the idea of creating a yacht for all seasons,” said Carlo Nuvolari and Dan Lenard. “The new MCY 70 Skylounge was designed with all the possible comforts to be a home away from home that can be enjoyed throughout the year.”