Azimut has launched the two-cabin Verve 47, the Italian builder’s fastest-ever yacht, with a top speed of 50 knots and a cruising speed of 37. Fitted with four 450hp Mercury Verado V8 four- stroke outboards, the 47ft 7in yacht had its world premiere at the Miami Yacht Show in February. 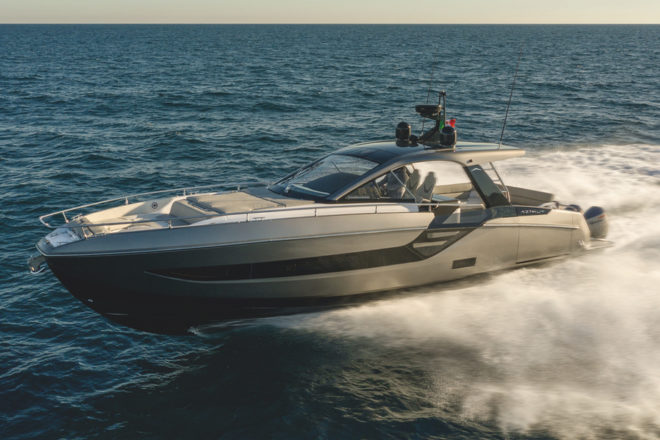 Described by Azimut as the ‘ultimate boating machine’, the yacht has a Michael Peters-designed hull that features a classic deep V with two steps and a central stern tunnel that improves longitudinal stability when turning at high speed. The Verve 47 is the largest boat on the market with this type of hull, according to Azimut. 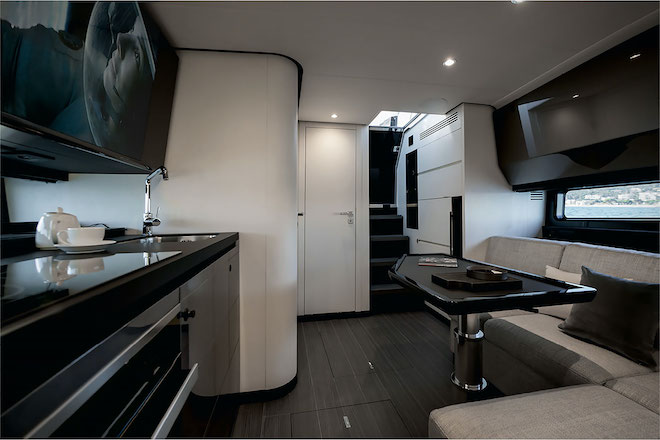 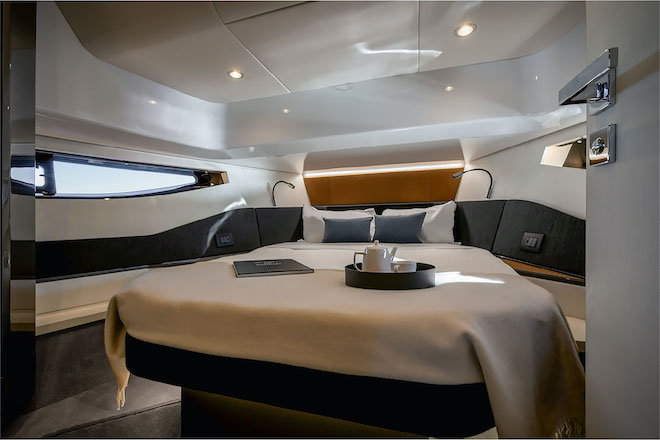 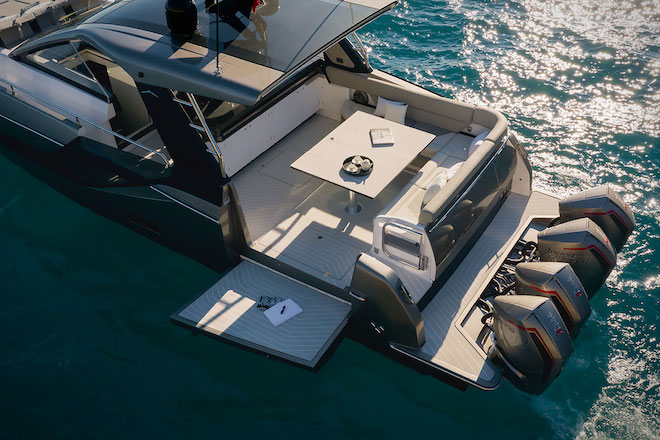 Peters has designed high-speed hulls since the early 1970s and his designs have won 20 World Championships and set multiple records including the first offshore boat to exceed 200 mph.

Francesco Struglia, the former Azimut-Benetti designer who set up his own studio in 2017, drew the yacht’s exterior and interior, and signature features include the large, opening windows either side of the triple-seat helm station. Another highlight is in the cockpit, where a drop-down side becomes  a portside swim platform. 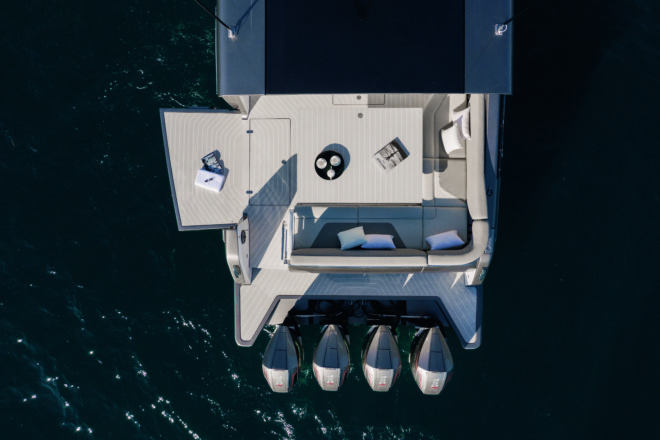 The roomy cockpit also has an L-shaped sofa around a high-low table, a TV and a multipurpose unit fitted with a wet bar, fridge, ice maker, barbecue, hob and sink. There’s also storage in the stern for two Seabobs and an inflatable paddleboard.

The asymmetrical foredeck is designed for lounging and socialising, with a triple sunpad in front of the windscreen and a U-shaped sofa in the bow.

“We took the typically American love of a sports-oriented lifestyle at sea as our starting point,” said Struglia, who worked under Giovanni Zuccon and Frank Laupman earlier in his career. “We then developed our own take on the concept based on Italian design criteria.” 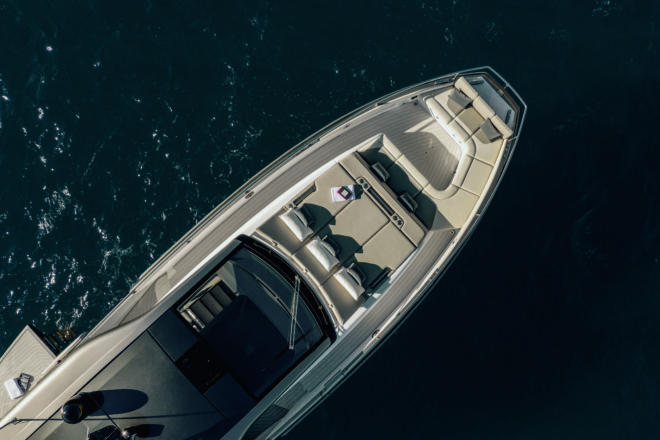 The lower deck has a midships dinette-galley with L-shaped sofa, table and optional wine cooler. The two cabins comprise an owner’s double in the bow and an aft twin, and there’s a separate bathroom and shower.