Running from November 1 to 4, the SEMA show will feature some interesting creations by the Ring brothers. 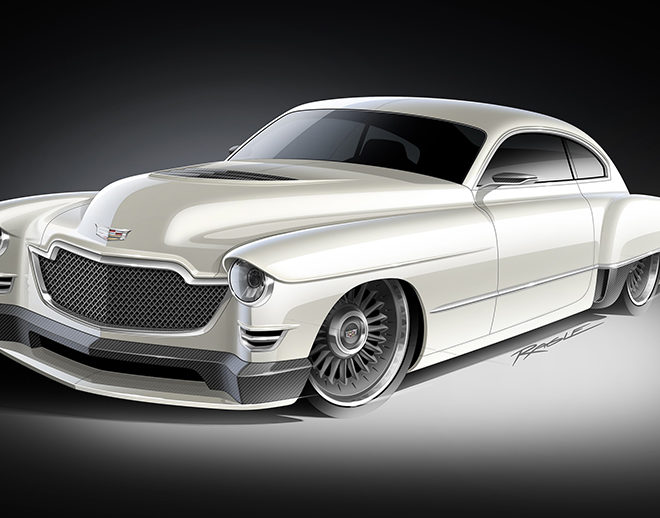 The Specialty Equipment Market Association (SEMA) show this year will see Jim and Mike Ring bring along three unique cars as well as a Winnebago. As one of the world’s most highly sought-after custom car building firms, the brothers are set to present some of the most daring projects they have undertaken. The first of the three is a 1948 Cadillac V Series that the Ring’s have used to reinterpret restomodding. Called the “Madam V” (main picture), the car was stripped back to bare metal and used parts of two 2016 ATS-V Cadillacs. Set to be unveiled on November 1, the car will make its debut alongside the second car called “G-Code” that first started out as a 1969 Camaro. The Ring brothers have converted into the most powerful Chevrolet that they have ever built. Fitted with a powerful Wenger Whipple supercharged LS3 motor, the car also features thoroughly reworked lines. The third car, a Ford Mustang, is called “Ballistic” and is the first convertible pony car that the brothers have customized. The 1965 wide-body drop top has a 21st century supercharged 5.8-liter V8 powerplant from a GT500. “SEMA is such a big deal for us every year,” said Jim Ring. “We love having the chance to show the world all the hard work we put into these projects all year long and it’s great to see all of our friends and fans.” The final treat that the brothers will bring with them is “The World’s Fastest Winnebago”. It is a 1972 Winnebago Brave with more than 900hp under the hood and a “party-ready” interior inspired by WWII bombers. “We’re excited to debut these three new cars at the show,” said Mike Ring, “and we know everyone at the show will get a real kick out of the Winnebago. It’s going to be a great week.”