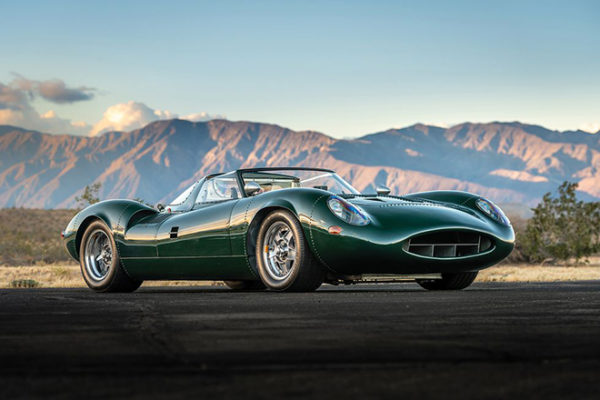 This is a car that makes just the right amount of sound to announce its arrival without being haughty. What catches the eye is the more than 1000 perfectly spaced aircraft rivets and as it swooshes past, its powerful V12 heart of the machine is on full display via the see-through engine cover

Half a century has passed since the ill-fated Jaguar XJ13 prototype was built (but never raced) for the 1966 24-hour Le Mans. It was tragically mangled later by Norman Dewis, a life long test driver for Jaguar, while filming a promotional video for Jaguar’s V12 Series 3 E-Type engine. Dewis survived, but the one-of-a-kind car was relegated to a twisted metal heap.

It is said that a legend is equal parts tragedy and mystique, and the classic Jaguar XJ13’s storied provenance has contributed to the allure and appeal of one of the most beautiful racing cars of all time. Aerodynamicist Malcolm Sayer who had also been responsible for the C-type and D-type shapes was instrumental in the unmistakable curves of the XJ13. Today, after a careful restoration, it sits proudly in the British Motor Museum, Garden. It previously fetched an unsolicited bid of more than £7 million which was turned down by its owners. 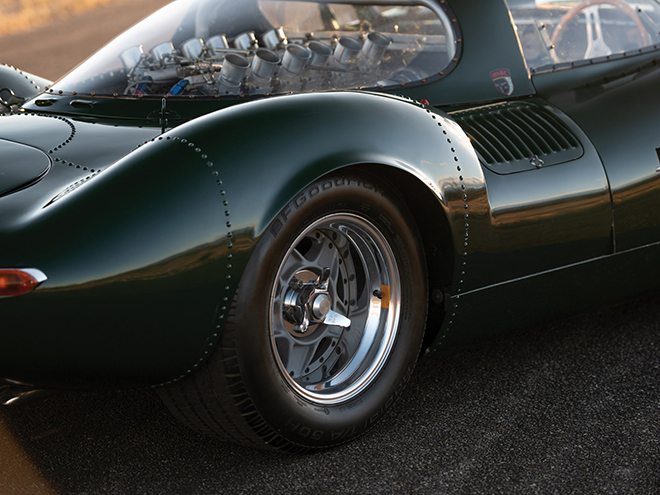 Inspired by aviation engineering, the XJ13 features a deep green all-aluminium monocoque body that is equipped with a 5.0 litres V12 engine, producing 502 horsepower. With its peculiar, but highly-aerodynamic, shape and light weight of 998 kg, the car set an unofficial lap record of 161 mph at MIRA when David Hobbs test tracked the vehicle in 1967. Besides the beastly engine that chews up the tarmac and causes adult men to look at each other stupefied, it is also incredibly suave, show-offing a mid-mount see-through engine cover and more than 1000 rivets on its sturdy body—the icing on the cake that renders the classic car more like a vintage WWII Spitfire fighter than an automobile. 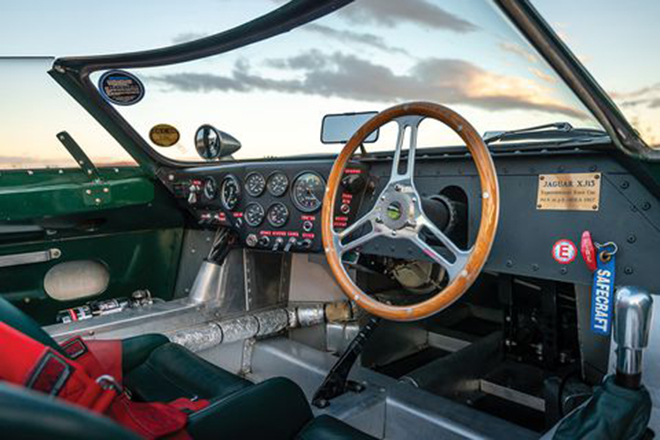 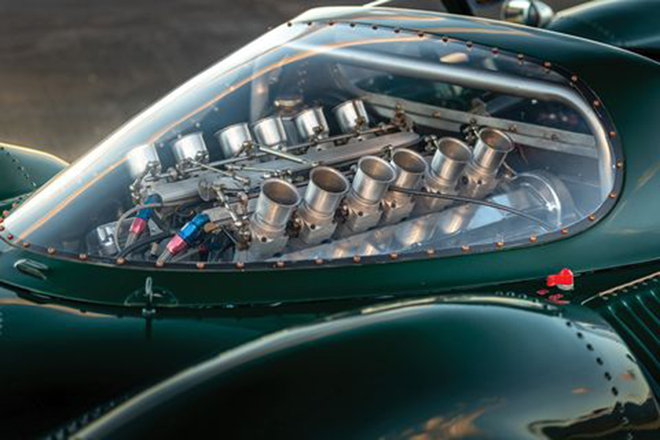 It is thus no surprise that when RM Sotheby’s recently announced the auction of an almost perfect recreation of the Jaguar XJ13 at California this August, automotive aficionados were riled up. The task to rebuild the automotive legend was undertaken by third-generation New Zealand expert coach-builder, Rod Tempero, who is known for his keen eye for details and specialty for restoring 50’s and 60’s cars.

On the inside, Rod meticulously replicated the 5 speed gear box, right-hand steering wheel, dashboard and gauges; even the windscreen is made using the same Triplex mould used for the original. While keeping the face of the vehicle as how it was, Rod used 2-cam instead of the original 4-cam engine and a modified E-type front suspension. Despite yielding 291 hp and 331ft lbs of torque at 5272 rpm, the replica is capable of top speeds of upwards 200 mph, approximately 30 mph faster than its predecessor.

Rod’s version of the XJ 13 is highly acclaimed in automotive circles, bagging many awards, the most notable of which is coming in 1st in class with a score of 9.992/10 at the 2016 International Jaguar Festival. It is also known to be the closest replica ever made with almost identical specifications. 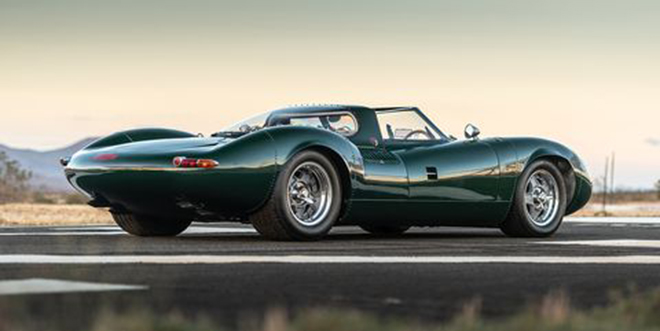 There is only one original XJ13, whose price at this point is indeterminate, but Rod’s close replica of the original will be auctioned off almost definitely at a lower price. Without fear of damaging a historic piece, the proud (and lucky) owner of the replica may unrestrainedly rev up the engine, swagger past its fans, and nimbly bank tight corners with gusto.

The 1966 Jaguar XJ 13 recreation by Rod Tempero will be auctioned by RM Soetheby’s in Monterey Conference Centre, California, on 15-17 August 2019.