How industries thrive on selling luxury, and why people pay for it

Through the casualization of fashion, or the commoditisation of air travel, luxury is no longer the straightforward signifier of wealth that it once was 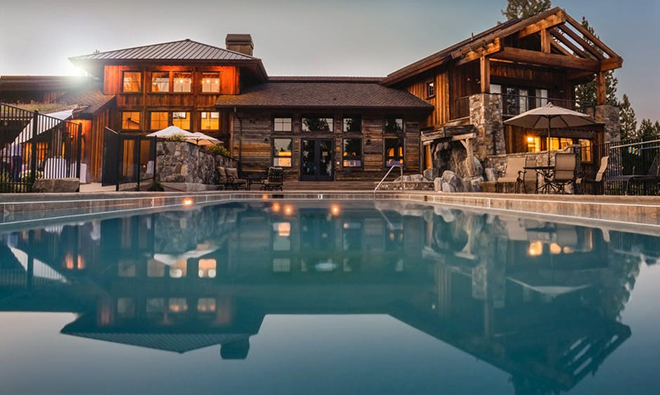 Wealth to afford a mega-mansion: an outward sign that you have arrived.

One of the most common aspirations is to become rich. Not just financially secure, but rich to the point where one can be decadent – to the point where camera crews might one day wander round your homes so that viewers can gawk at your wealth. Various industries cater to that urge and to that market, whether their services are being used by the genuinely rich or by those who aspire to wealth. We’re going to take a look at three of those industries – airlines, the gambling sector and fashion.

How industries thrive on selling luxury, and why people pay for it Flying in First Class is on the aspirational bucket list

One of the business sectors most visibly selling luxury is air travel. The price difference between economy and first class can range from around 70 per cent to a massive 500 per cent, but the difference in the quality of service is palpable.

There are the facilities – reclining seats with much more legroom (and sometimes their own partitions) and the frequent availability of showers are two of the most obvious differences between economy and first class. But then there are less visible but no less important differences, like the food. Instead of the shrivelled microwave fayre that economy flyers can usually expect, think Mai-Mahi with lemon herb sauce, grilled asparagus and jasmine rice.

Soon, high flyers will even be able to get between New York and London in just over three hours thanks to a supersonic collaboration between Boeing and Aerion.

But more important even than the material differences, is that sense of luxury. First class fliers experience much better service and a sense of abundance, while economy flyers feel cramped and irritated.

Still, that might not seem like a lot for five times the price. That, arguably, is part of the appeal too.

“At a certain level of wealth, price doesn’t make much difference,” one first class flyer wrote on the subject. “Because I only travel like that a few times per year, and because $2,000 and $8,000 are both so close to zero as to be effectively the same, I choose to travel in first,” the Quora user went on to say. “It changes the trip from something to dread into something to look forward to. I earn around $20,000 per week, so ya gotta put it in perspective.”

One of the unspoken things that flying first class implies is the sentiment that that user has made explicit: you can afford it. Not only do you have the money in the bank – you have enough money that quintupling the amount your flight costs for some creature comforts doesn’t take a second thought. The difference is close to negligible for the flyer. They are signifying wealth to their fellow flyers, but also to themselves, and that in turn signifies status.

Of course, a lot of the people having that first class experience aren’t actually paying for it themselves. Many of the first class passengers you see are travelling for business, paid for by their company (which will most likely have block bought those seats at a discounted rate). It’s a perk offered to high ranking executives, but it’s also a practical way to keep staff fresh.

A long-haul flight from Europe to China might take close to a full day, resulting in the traveller not getting a night’s sleep – providing employees with the luxury of first class, complete with fully reclining chairs for sleep and showers to freshen up, is a way of making sure they’re ready to walk straight off a plane and into a meeting if needs be. Likewise, people travelling for leisure don’t have to deal with the same kinds of sleep deficits when travelling first class. It becomes not just about luxury, but about practicality. The kind of practicality only the rich or well remunerated can afford, of course. Gambling is another industry that thrives on selling almost extreme levels of luxury, cut with a pretty serious helping of glamour.

Casinos are perhaps the epitome of this. The enduring popular conception of the casino is as a land of high rollers perhaps best represented by the image of James Bond. You can probably see him now, decked out in a fine tux, martini (shaken, not stirred) in hand, beautiful woman on his arm and the glitter of the casino laid out before him.

Whether it’s through extravagant buildings such as the Sun City Resort in South Africa, the grand opulence of the interiors of The Kurhaus of Baden-Baden Casino or the sheer spectacle of the Bellagio in Las Vegas, many casinos exude luxury the moment you walk through the door.

Impressive venues attract the finest clientele, explaining the reason for some of the world’s wealthiest people spending their time in the best casinos around the world. Being in the presence of other successful people is a prominent habit of a millionaires, and where better to do that than in luxurious surroundings, playing exciting casino games in the Bellagio?

Again, there are costs that put the real feeling of luxury out of reach to average people. If you want to sit at the real luxury tables at the casino then that often comes with a hefty price tag and expensive buy-in. 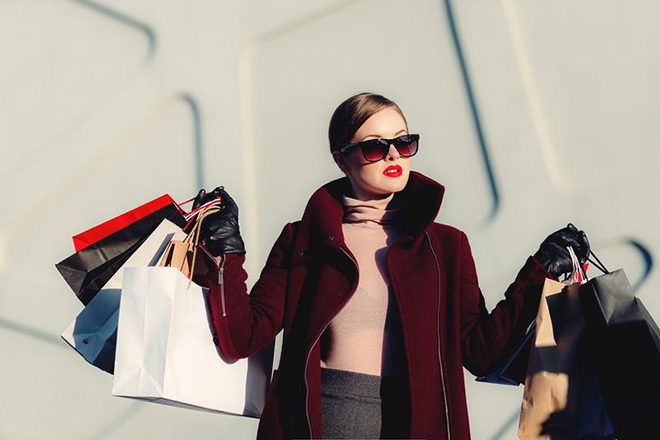 The kind of luxury offered by fashion can operate in seemingly opposite ways. It can be extravagant, as in the case of high fashion, or it can be coolly understated.
This is evidenced by the recent casualization of luxury fashion. While brands like Dior Men and Gucci still certainly have smart offerings in the catalogue, the current trends towards casualwear and street fashion have recently crept into the luxury market.
The uptick in luxury brands’ sneaker offerings are clear evidence of this. Ssense upped its women’s sneaker offering by 146 per cent between 2016 and 2018, Net-a-Porter went up 101 per cent, Harrods 65 per cent and Farfetch 97 per cent. Meanwhile more mainstream trainer brands like Puma and Adidas have upped their offer in the luxury segment by 792 per cent and 724 per cent respectively.

Whether it’s through the casualization of fashion, or the growth in accessibility for gambling, luxury is no longer the straightforward signifier of wealth that it once was. It’s becoming more democratic and more available.