Musk thinks this is possible if we send 100 humans at a time, possibly costing as low as $100,000 per person. Yes, that’s the low estimate… 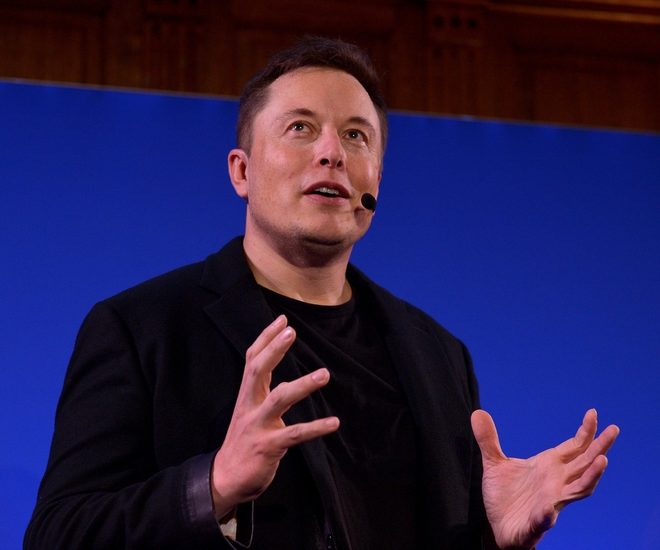 SpaceX chief and visionary billionaire Elon Musk unveiled this week ambitious (we call it bonkers) plans to establish a Mars colony within a decade or so. Briefly, Musk thinks this is possible if we send 100 humans at a time on massive spacecraft, possibly costing as low as $100,000 per person. Yes, that’s the low estimate because by conventional NASA standards, using current technologies, it will cost $10 billion per person. This is why we normally think of space tourism as the most expensive form of travel known to humans.

Taking the stage under a large globe of Mars at the International Astronautical Congress, Musk showed his vision for a giant rocket that would propel people to the Red Planet “in our lifetime.”

“We need to go from these early exploration missions to actually building a city,” he said to an overflow crowd at an expo center in the western Mexican city of Guadalajara.

Musk showed a futuristic video depicting his concept of an interplanetary transport system based on reusable rockets, a propellant farm on Mars and 1,000 spaceships on orbit, carrying about 100 people each.

The spacecraft would have a restaurant, cabins, zero-gravity games and movies. “It has to be fun or exciting. It can’t feel cramped or boring,” he said.

Musk later told reporters he was “optimistic” that the first human mission could leave Earth in 2024 and arrive on the Red Planet the following year.

Before that, SpaceX plans to send an unmanned Dragon cargo capsule to Mars as early as 2018.

The South Africa-born Canadian-American entrepreneur said the plan would require a “huge public-private partnership,” but he did not announce any alliance with a government agency.

The first flight would be expensive but the aim is “making this affordable to almost anyone who wants to go,” by dropping the price of a ticket over time from $200,000 to $100,000, Musk said.

“You can’t create a self-sustaining civilization on Mars if the ticket price is $10 billion per person,” he said. It could also be deadly.

“I think the first trips to Mars are going to be really, very dangerous. The risk of fatality will be high. There is just no way around it,” he said. “It would basically be, ‘Are you prepared to die?’ Then if that’s ok, then you are a candidate for going.”

While SpaceX was hit by a setback on September 1 when its Falcon 9 rocket, after several successful missions and vertical landings, exploded on the launch pad during a test in Florida, Musk said “this is just a small thing on a long road.” SpaceX is not alone in aspiring to travel to Mars.

The US space agency NASA, which is studying the effects of long-term space flight on the human body, has announced its own plans to send people to Mars by the 2030s.

Musk did not explain in detail how he would get the “billions of dollars that would be required to put the vision into reality.”

The plan also faces technical challenges, such as refueling in orbit, which has never been done, and building fuel depots on Mars.

Chris Carberry, chief executive of Explore Mars Inc, a non-profit promoting the goal of sending humans to the planet within two decades, said a mission of just three to six people would cost between $80 billion and $120 billion.

Musk’s presentation is “very inspiring, aspirational, but I think it’s going to be very challenging to be able to accomplish this in 10 years.”

“I think it’s probably more likely we’re going to send a smaller mission to first figure out if people can live on Mars before we send 100 people there at a time,” he said.

Musk said the rocket would take a spaceship into orbit, release it and land back on Earth to pick up a fuel tanker, which it would fly to the craft to fuel its journey to Mars. The trip would one day take as little as three months, or even less than one month.

Once on Mars, humans would have to install a plant to produce propellant by using the planet’s methane resources to fuel the spacecraft for its return to Earth.

Blue Origin has also built a rocket that lands vertically and is working on a taller launcher called New Glenn, but the company is focusing on sending people to Earth’s low orbit for now.

“We want to have millions of people living and working in space in a decades timeframe if they want to,” Blue Origin president Rob Meyerson told AFP.