Nieferhoffer was renovating his dream house in Manhattan and renting five years ago. Now he is placing the house on the market for a listed price of US$15.9 million—and he is willing to accept the equivalent in bitcoin. Roy Nieferhoffer is the president of his namesake firm in New York. Nieferhoffer was renovating his dream house in Manhattan and renting five years ago, which wasn’t the most ideal. He chanced upon three units of a mansion on Riverside Drive and bought them for US$12.9million. The hedge fund manager told Bloomberg that he had admired the house “for decades as one of the greatest houses in New York”.

His current project is done and Nieferhoffer is thus placing the house on the market for a listed price of US$15.9 million as he moves to his new residence. What’s interesting is that including cash is he willing to receive the equivalent in bitcoin because he believes that it is a “transformative and revolutionary asset” and that he sees this as an “opportunity to purchase more”. 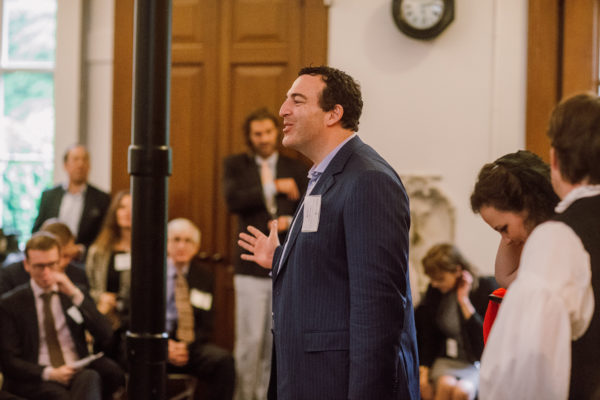 Roy Niederhoffer at an event in Amsterdam.

The bitcoin bull is even willing to cover his share of the closing cost including broker fees in FIAT. Repeat: he wants to keep the bitcoin. There has even been scheduled showings to big crypto-holders with Sotheby’s International Realty and Douglas Elliman Real Estate as his reps. And this is clearly not a PR stunt as evident by none of the boys from Million Dollar Listing New York, including colourful Frederik Eklund from Douglas Elliman, has their well-manicured, grubby paws on this Upper West Side listing.

The mansion was conceptualised by 19th century architect Clarence True who was also a part-time developer and completed in 1897. Situated on the northeast corner of Riverside Drive, it has expansive views of the Riverside Park, the Hudson River, and New Jersey. After being partitioned and subsequently recombined by Nieferhoffer, there are now six floors in total that will satiate even the most demanding Russian Oligarch. 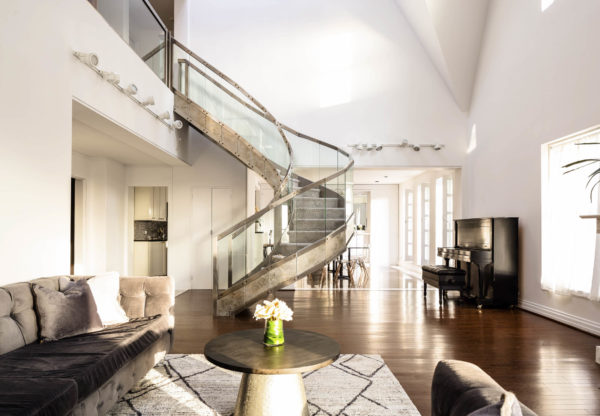 There’s a grand foyer, a cellar that’s converted into a cinema and the second floor with a ballroom to go along with marble bathrooms and a jacuzzi. The third floor is a master suite and the fourth floor are an entertainment area while the roof deck has two levels.  Any takers? Exposure on three sides also allows for ample natural light into the building’s interior. As a test case,  it and many others cropping up could be in worth the gamble. Likewise, global listing sites are getting in on the action on using crypto for both sales and rental of high-end real estate. 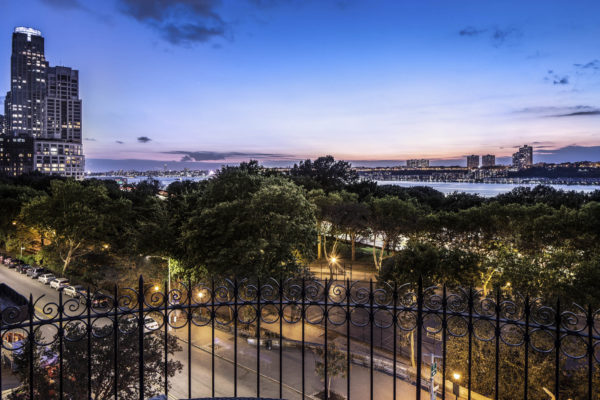 The stunning view from one of the terraces. Photographer: Alex Lucaci