This Swatch collection could fetch millions

One of the biggest private collections of Swatch watches in the world will go under the hammer in Hong Kong this week. 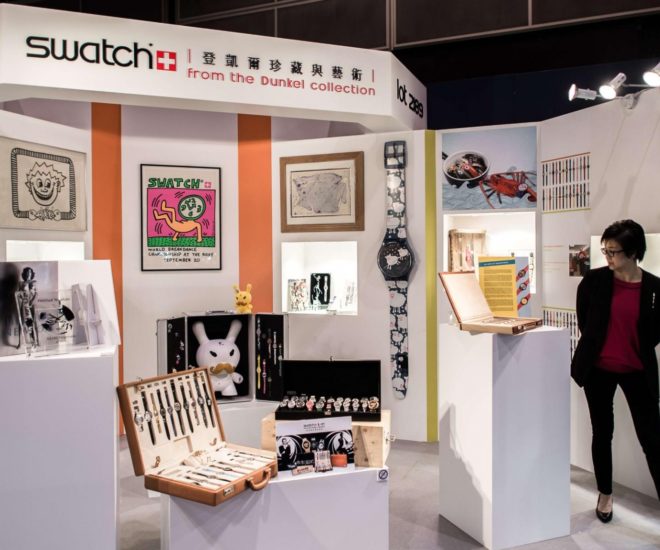 One of the biggest private collections of Swatch watches in the world will go under the hammer in Hong Kong this week and is expected to fetch more than US$13 million.

Credited with breathing new life into the ailing Swiss watch industry after its launch in 1983, Swatch quickly became a cultural phenomenon with its multi-coloured plastic designs and largely affordable price tags.

The massive collection of more than 5,800 Swatch watches — including limited editions by artists including Kiki Picasso and Keith Harin will be sold as a “superlot” at Sotheby’s on Tuesday.

It is the pride and joy of Luxembourg-based Paul Dunkel, 68, who has spent more than two decades tracking down almost all the watches Swatch created in its first 25 years.

And it is clearly a wrench for the retired insurance broker to say goodbye to the collection. “For me, it’s not possible to continue (collecting). It’s so much work. The young people must continue,” he told AFP.

Dunkel’s obsession started in the 1980s. Already a collector of abstract art, he realised that some of his favourite artists were designing for Swatch, so he began collecting the watches and related artwork.

Dunkel has travelled far and wide to seek out pieces and has paid thousands of euros for some.

But his favourite is a simple 1994 design covered in white sheep, with one black one tucked away on the strap. He has a tie to match.

“Swatch is universal,” says Dunkel. “You can have one for every day of the week. I often wear one.”