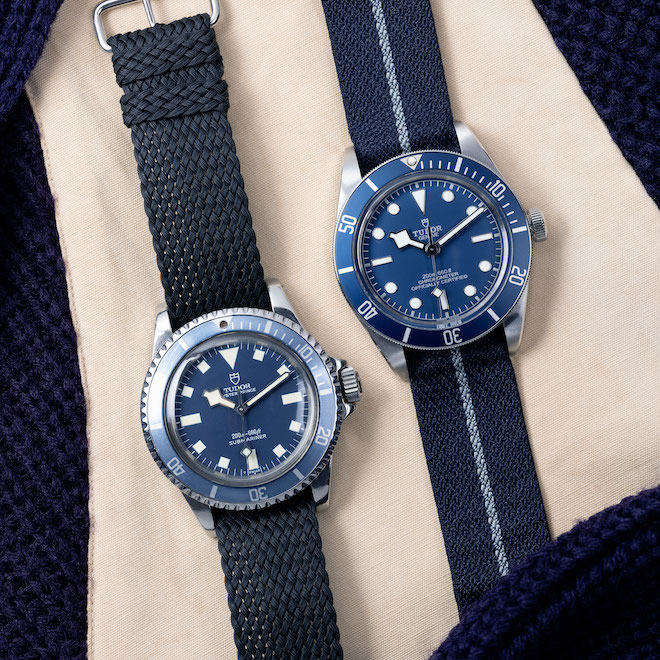 In 1954, Tudor released its first two Submariners, ref. 7922 and ref. 7928 but by 1969, Tudor was starting to find its own voice away from the 7900 series Mercedes-style hour hands and crowns which were synonymous with the Rolex aesthetic. Introducing a divers’ watch with distinct characteristics apart from Tudor’s first generation Submariners, the new Black Bay Bay Fifty-Eight Navy Blue is a throwback to the year Tudor found its identity.

With a blue dial and bezel, Tudor debuted angled hand style (which aficionados nicknamed “snowflake”) and square shaped hour indicators (which also transitioned to the Pelgaos), marking Tudor’s maiden attempt at a unique identity separate from its brother. 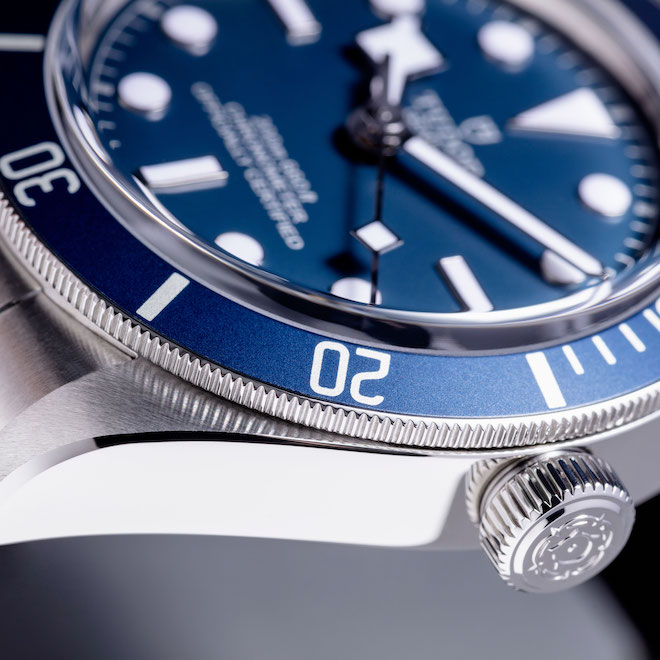 Adopted by the French Navy in the 70s, the “Tudor Blue” was further shaped by the best French naval traditions, further shaping the “Snowflake” series, including design specifications like the ones seen on the new Tudor Black Bay Bay Fifty-Eight Navy Blue today. 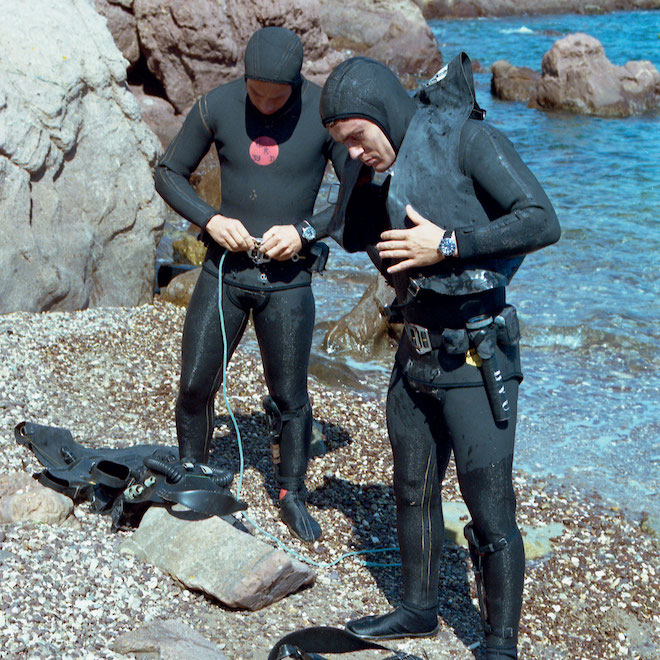 The Black Bay Fifty-Eight “Navy Blue” gets its name from its colour, of course, but also from 1958, when Tudor presented their first divers’ watch waterproof to 200 metres (660 ft), referencing the 7924 or “Big Crown” Submariner.  Among other aesthetic nods to the “Marine Nationale” referencing one of the French Navy’s watches, the new Tudor Black Bay Bay Fifty-Eight Navy Blue offers a 39 mm diameter case in in keeping with the vintage proportions of the 1950s. 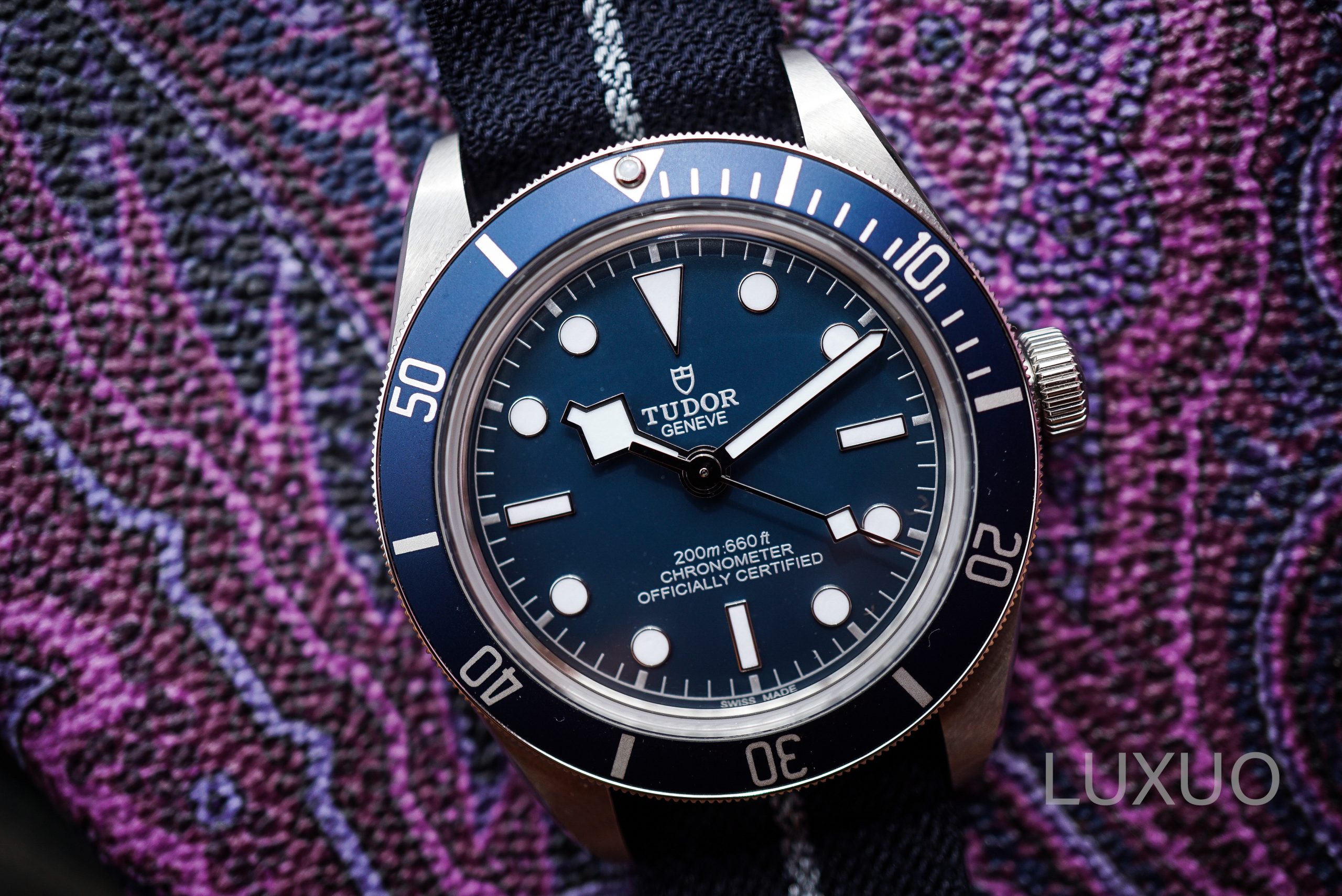 Woven in France on 19th century Jacquard looms by the Julien Faure company in the St-Etienne region, the “Tudor blue” is also the dominant colour of the fabric strap offered with the new Black Bay Bay Fifty-Eight Navy Blue. The woven fabric strap reminiscent of old school NATO diving straps have been one of the hallmarks of Tudor since 2010.

Like other models in the Black Bay range, the Black Bay Fifty-Eight “Navy Blue”, the timepiece is powered by the chronometer-certified  Manufacture Calibre MT5402 with variable inertia balance and non-magnetic silicon hairspring with “Weekend-proof” power reserve hinting at the 70 hours run time – but let’s face it, the  new Tudor Black Bay Bay Fifty-Eight Navy Blue is precisely the kind of watch you’d want to wear during the weekend as well. 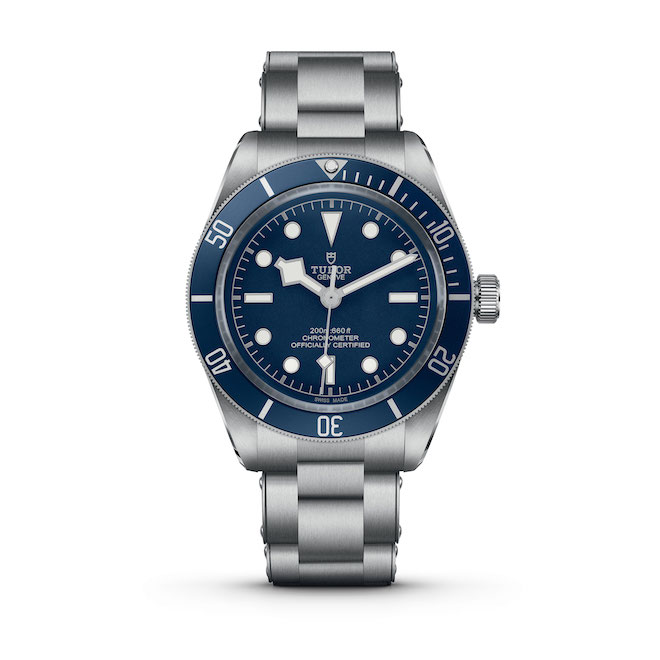 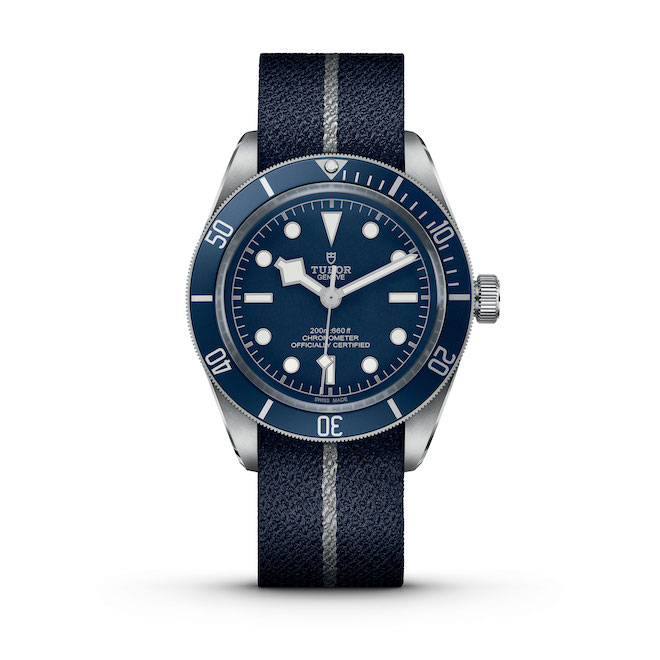