Fine watches and exotic cars are a natural combination, both have a tendency to make the heart beat a little faster. DuPont Registry has combined the two with the duPont REGISTRYâ„¢ A Buyers Gallery of Fine Watches, which features 44 pages of more than $1,500,000 of watches back dropped by exotic vehicles. The photos include […] 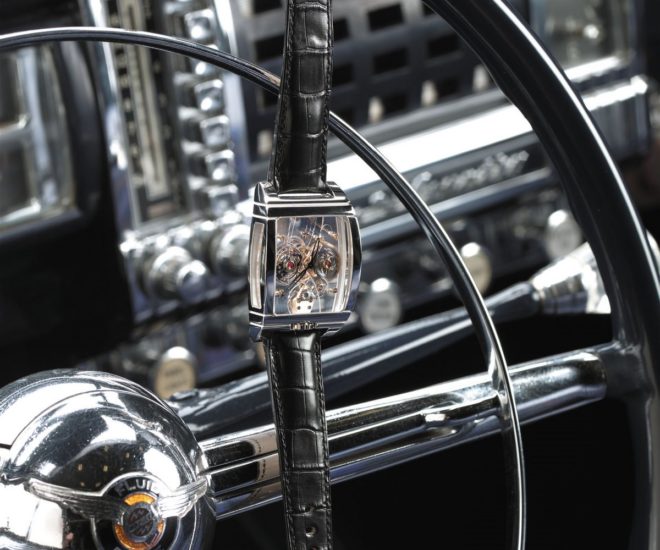 Fine watches and exotic cars are a natural combination, both have a tendency to make the heart beat a little faster.

DuPont Registry has combined the two with the duPont REGISTRYâ„¢ A Buyers Gallery of Fine Watches, which features 44 pages of more than $1,500,000 of watches back dropped by exotic vehicles. The photos include lots of what Publisher Thomas L. duPont calls “Mega Watches” those that measure 44-47mm for men and 37-40mm for women.

Sales within this luxury market, including oversized watches are on the rise, confirmed by industry expert, Corum President, Michael Wunderman. â€œOversized watches are no longer only a trend or a gimmick,â€ says Wunderman. â€œIt is what watches have become â€“ bigger, stronger and more intricate in design. Less than 10 percent of people actually use the chronograph function on their watches, but complicated watches are dominating the mechanical watch market.

Over the last five years, style and complexity have defined the growth in watch size to reach more fashion-forward customers. In fact, women are now buying menâ€™s watches as a fashion statement accessory to showcase their appreciation for finer goods.

The profile of the â€˜Mega Watchâ€™ collector and upscale car collector are remarkably similar with the only visually distinguishing factor often being the size of their garages. Wearing a â€˜Mega Watchâ€™ for a man is like a Hermes handbag for a woman. It is a continuation of personal style and also a symbol of personal achievement, equivalent to a Super Bowl ring for a football player â€“ a proud statement of accomplishment worn on the wrist.

Branding yourself with an ostentatious, sophisticated or debonair â€˜Mega Watchâ€™ can be an indicative extension of oneâ€™s personality. What a beautiful timepiece can do for an outfit is not nearly as much as how much it can boost a psyche. â€œIn a down economy, a fine timepiece can also serve as an affirmation of success and add confidence to the wrist of an optimistic entrepreneur,â€ adds duPont.

From the pages of this yearâ€™s guide, examples from the new class of â€˜Mega Watchesâ€™ are illustrated below: 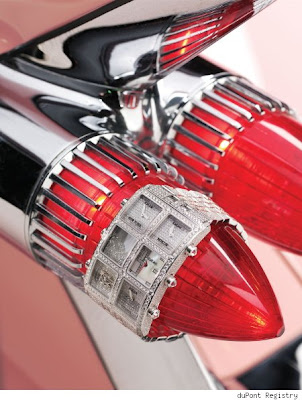 Divided into six individual faces, the IceLInk 6Timezone Snow is separated into four dials displaying time zones, one the date and one full of floating diamonds set in a fluid called IceFuel, all of which are displayed within the 26-karat diamond-encrusted bezel that would make a breath-taking addition to any collectorsâ€™ watch box. 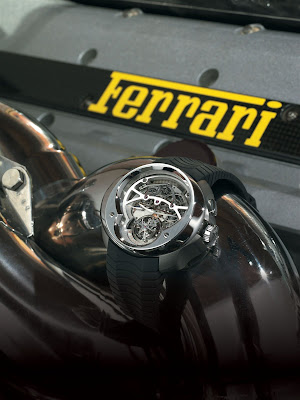 Limited to only eight pieces, the intricate sapphire crystal features of the FVa No Cuatro timepiece blend beautifully into a skeleton watch that comes alive when the 18-karat gold â€œEsprit Uniqueâ€ case begins to move. 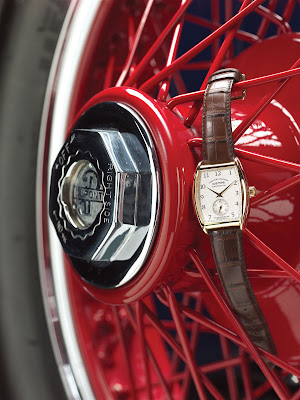 Sleek and refined, the hand-made 152 components of this German timepiece were handmade by Thierry Albert and master watchmaker Daniel Malchert, and sure to dazzle with a mere 25 pieces ever to be produced worldwide. 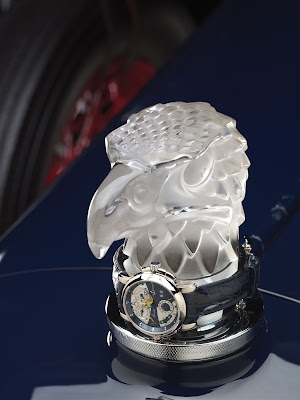 On a classic blue leather strap, the large faced Sonata displays not only a cathedral-type alarm, but also dual-time, big date and count down inside the 42mm, 18-karat white gold casing