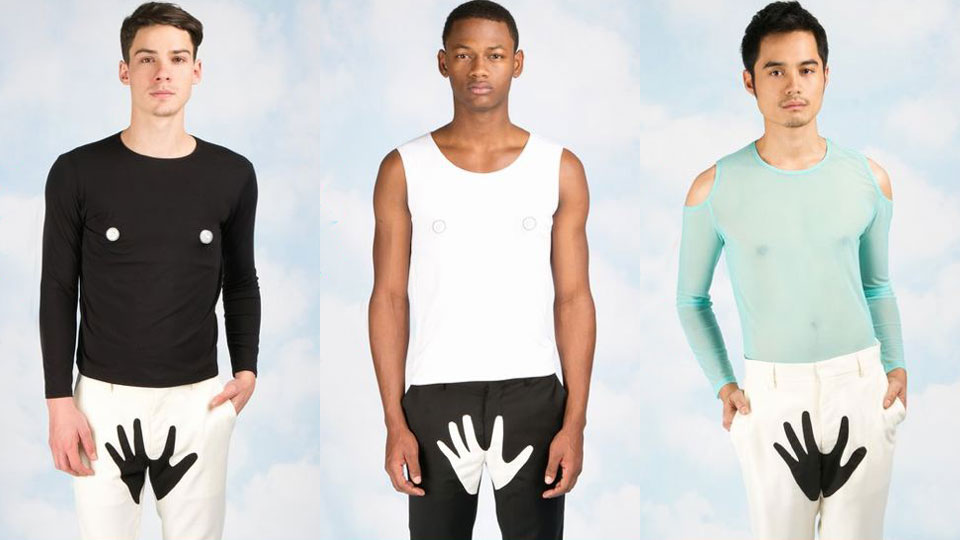 The limited-edition capsule collection entitled “Fashions for Men: 1969-2012” takes its inspiration from a series of drawings Yoko Ono produced in 1969 for her new husband John Lennon.

The menswear collection offers a typically quirky selection of garments including a bell board featuring the slogan “ring for your mommy,” a leather jockstrap, and peep-toe thigh high leather boots with crystal studs.

Nonetheless, the collection doesn’t shirk wearability altogether. While the mesh shirts and trousers with handprints on the crotch might not be making it into your workwear wardrobe, the Dream hoodie and mixed fabric jackets offer Ono and OC fans an easier taste of the line.

Opening Ceremony was founded in 2002 by Carol Lim and Humberto Leon, who were also appointed as creative directors of the Kenzo brand in July 2011.

Seventy-nine-year-old Ono is an artist, film director, writer and musician. Married to former Beatle John Lennon until his death in 1980, she resides in New York City.