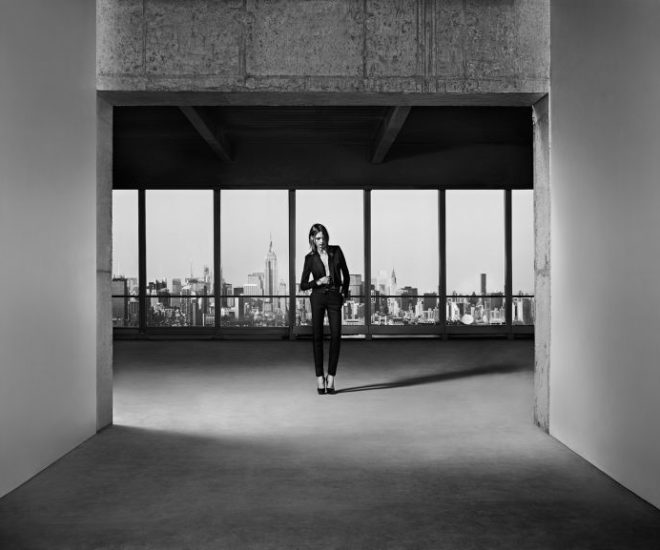 Showing off the latest range of ready-to-wear and accessories, Pivovarova strikes poses in a new set of black and white shots for Saint Laurent which were shot in New York City.

The collection follows in the wake of Slimane’s grungy Fall 2013 womenswear offering, and arrives just ahead of the next men’s collection, which is the last show on the schedule at men’s fashion week in Paris, set to take place from June 26 to 30.

Born in Moscow, 28-year-old Pivovarova made her acting debut alongside Justin Timberlake and Amanda Seyfried in the 2011 science-fiction thriller “In Time;” she is also a part-time artist.