Prada has released its latest film for Spring-Summer 2014, and it’s a typically quirky and colorful treat. 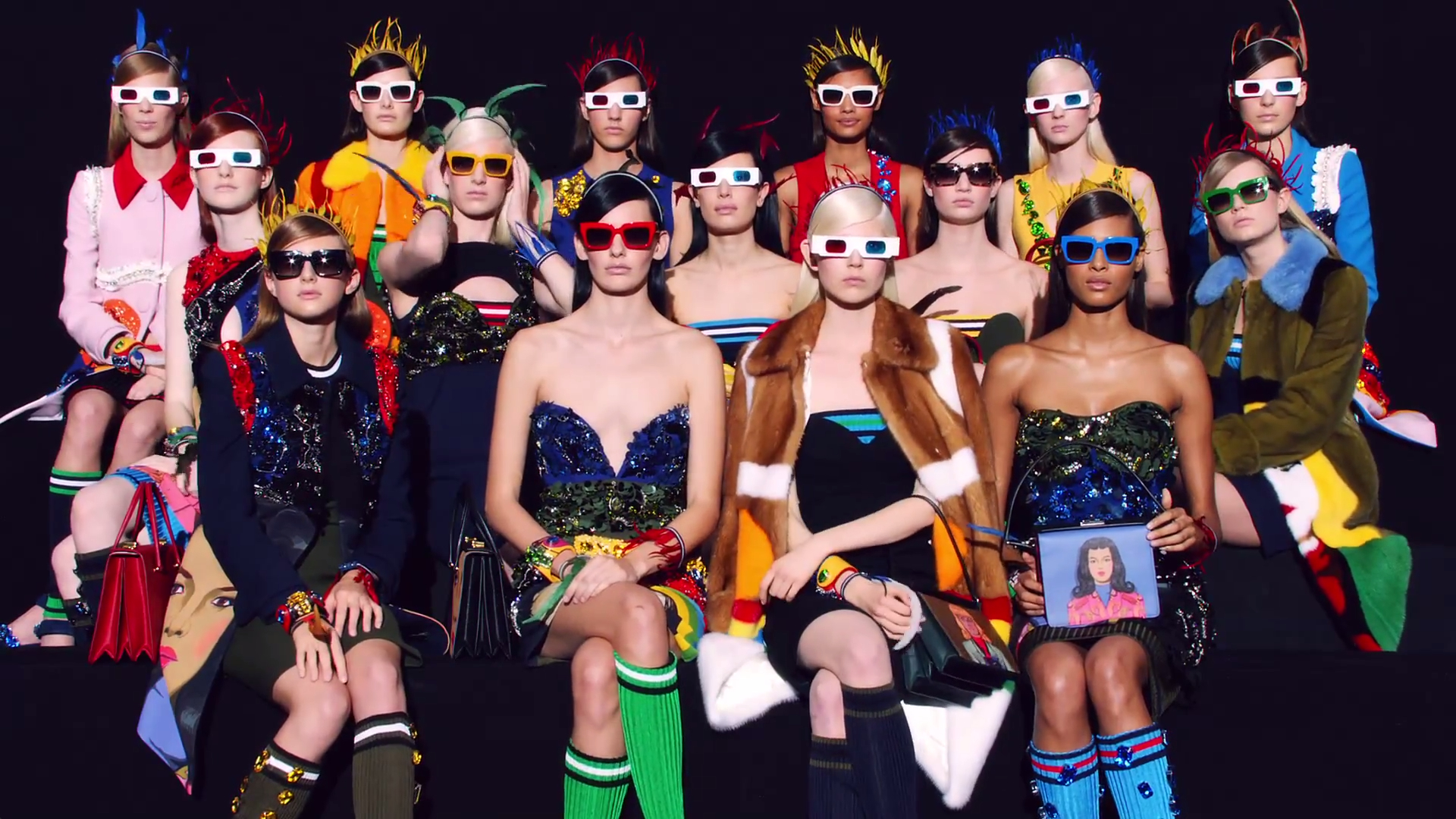 Italian fashion house Prada has released its latest film for Spring-Summer 2014, and it’s a typically quirky and colorful treat. This season’s Prada video shows off the Steven Meisel-shot stars of the Spring-Summer 2014 campaign as slickly dressed fashion spectators.

The stylish cast of up-and-coming models act out a series of imaginary events, from sports to movies, to concerts. It starts with a game of imaginary tennis, complete with candy pink balls and homemade sound effects, before moving to a movie theater with 3D glasses and colored popcorn.

The glamorous gals then get to take in a rock ‘n’ roll gig, snapping their own pictures with bright cameras which match their colorful clothes.