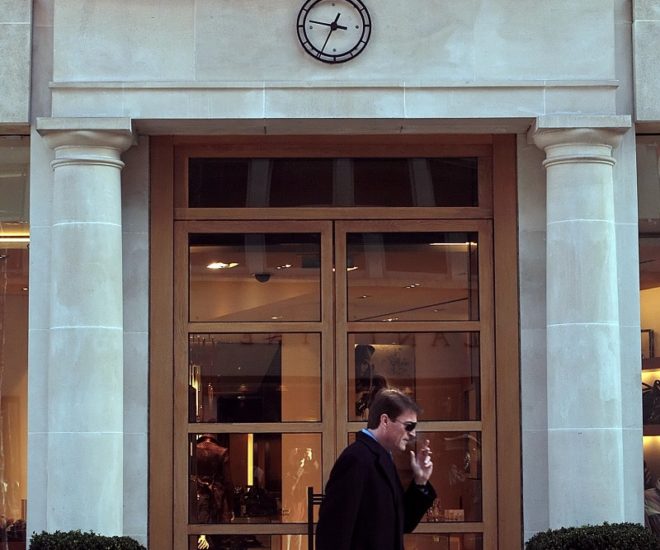 Goldman Sachs estimates that 92 million Americans are in the Millennial generation – born between the early 1980s and the 2000s – surpassing the famed cohort of postwar Baby Boomers who are now approaching a geriatric phase.

The huge pool of Millennial consumers grew up with the Internet, smartphones and the sharing economy in which owning things like cars is seen as almost unhip, although cars of all sorts are experiencing a boom at the moment.

Regardless, studies show Millennials have different expectations than their elders, who were relatively better paid and less indebted at the same point in life.

Deloitte analyst Nick Pope spoke this week at an FT Business of Luxury Summit of “a structural worry” as to whether there would be the “same level of spending in product ownership and luxury as there was in their parents’ generation.”

A Deloitte study targeted Millennials as an opportunity for luxury brands, but warned that they require “a high level of investment” and are more “mercurial” consumers whose brand loyalty can quickly shift.

“Their engagement with digital technology has exposed them to more sources of information, a greater range of influences, and smaller brands,” the study said of Millennials. “To attract, excite and engage Millennials will require a high level of brand investment.”

Luxury-sector sales, excluding the effects of currency changes, were up only one percent last year, and similarly tepid growth is expected this year, according to global management consulting firm Bain & Company.

US jeweler Tiffany recently announced a disappointing financial forecast, and the maker of the well-known British Burberry trench coat has embarked on a money-saving plan.

“The people in the luxury space, they got very spoiled, because there was a market of people who consistently spent,” Sarah Quinlan of MasterCard Advisors told AFP on the sidelines of the FT luxury summit in San Francisco. “That market is no longer there.”

Oligarchs with lavish spending habits in Russia and China have seen growth slowing in their countries. It is unclear that Millennials, with their fickle and prudent spending styles, will take up the slack.

But Burberry has taken aim at those Millennials with a digital strategy cited as an example for the industry.

Luxury brands including Burberry, Louis Vuitton and Tiffany have taken to relying heavily on social networks such as Snapchat that are popular with young people. Having a presence online and in social media has become a necessity for brands.

It promises to become even more important as people use smartphones while making buying decisions on the move. Internet titans are pitching instant shopping opportunities based on time, location, interests and more.

Still, brands such as Tiffany face a problem: some young people see them as “old-world luxury” items that don’t jibe with their Internet Age values and lifestyles, according to Neil Saunders of Conlumino retail research company.

Being on social networks has become a “must” in the marketing equation, but it is not enough, contended Quinlan.

“The bottom line is having something relevant that fits into their lifestyle,” Quinlan said of luxury brands that court Millennials. “I don’t think they’ve done enough to curate their brands.”

The fading allure of luxury items among Millennials is “not necessarily an income problem,” she contended.

Data collected by Mastercard describes consumers who choose to enhance their lives with spending on trips, dinners, outings and other experiences instead of on “stuff.”

“They might buy one piece; if it’s very special, it’s very valuable, has a memory of a trip somewhere,” Quinlan said.

Yet, Pope saw the luxury goods market as “absolutely sound,” so long as brands recognize the shifts under way and offer “value enhancing” products.

Thus, companies could transform their shops into places where people can socialize and linger as they might in a coffee shop, or connect with increasingly popular historical, ethical or sustainability trends.