It’s meant to bring riches and power befitting an emperor, but if Western luxury brands have their way the Year of the Dragon will cost their wealthy Chinese customers a fortune instead. Monday is the start of the Year of the Dragon, the most favourable and revered sign in the 12-year Chinese zodiac. The dragon […] 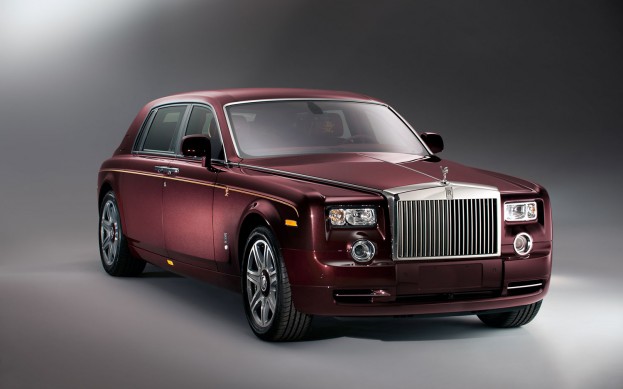 It’s meant to bring riches and power befitting an emperor, but if Western luxury brands have their way the Year of the Dragon will cost their wealthy Chinese customers a fortune instead.

Monday is the start of the Year of the Dragon, the most favourable and revered sign in the 12-year Chinese zodiac.

The dragon is a traditional Chinese symbol of royalty, fortune and power, and the Year of the Dragon usually sees a spike in marriages and births.

Western manufacturers of luxury goods, from cars to watches and chocolates, are hoping the new year also brings a spike in sales to help offset soft demand in Europe and the United States. The edition, available in two models, features hand-painted golden dragons on the side panels, hand-embroidered dragons on the leather headrests and illuminated door treadplates with the words “Year of the Dragon 2012”.

The car, which starts at 7.4 million yuan (US$1.2 million) in China, was sold out within eight weeks of its launch in August, and the firm says it is now looking at extending production.

China overtook the United States to become Rolls-Royce’s largest market in 2011, with the Chinese market accounting for about one-third of its record 3,538 cars sold worldwide.

“We will make 2012 the next record year for Rolls-Royce, the dragon will help us to make that happen,” Muller-Otvos told AFP on a recent trip to Hong Kong.

China is the world’s fastest-growing market for luxury products thanks to years of stellar economic growth which has created a new class of super-rich consumers that are changing the face of Asia.

Forbes magazine said China had a total of 146 billionaires last year — up 14 percent from 2010, and second only to the United States with 413. Italian fashion house Versace’s Dragon Year gambit is a specially designed jewel handbag, which comes with a gold handle and traditional golden dragon drawings on a black body. The bag is limited to 210 pieces and sold exclusively in Asia.

French high-end accessory maker ST Dupont has rolled out pens and lighters adorned with gold-plated dragons decorated with 88 diamonds — the number eight is another auspicious sign for Chinese. It’s not something genuine buyers would ask, but if you must know they are priced at between HK$300,100 and HK$390,700. “The legendary Dragon and Phoenix collection is to celebrate the coming Year of the Dragon, and as a tribute to the rich culture proffered by Chinese heritage to the world,” Piaget Asia Pacific president Dimitri Gouten told AFP.

“The response to the collection has been very good as we are seeing important sales in Asia but also in our key boutiques in Europe and the US.”

Analysts say the special Dragon releases are as much about marketing foreign brands to the Chinese as making direct sales.

“It shows the commitment of the brands to China, something consumers do care about when choosing which brand to buy year round,” Shanghai-based McKinsey analyst Yuval Atsmon said.

McKinsey has forecast luxury sales in China to grow 18 percent annually to $27 billion by 2015, or more than one-fifth of the global luxury market, overtaking Japan.