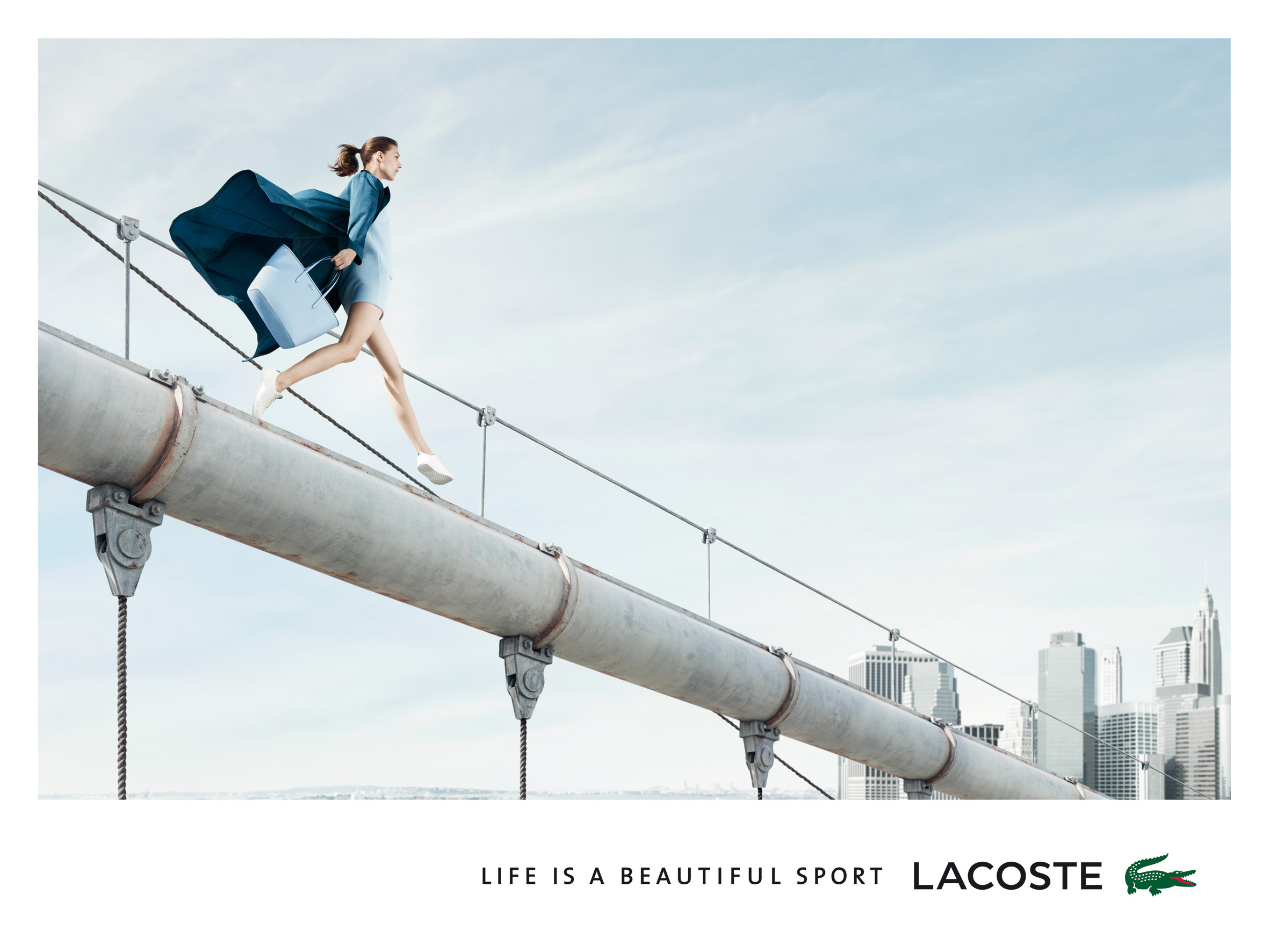 Lacoste places its traditional values at the heart of a new video and photo campaign shot by Seb Edwards and photographer Jacob Sutton. Featuring the tagline “Life is a Beautiful Sport,” the new fashion film will be aired in France during the Sochi Winter Olympics broadcast this February before being released worldwide in March.

“Whether in sports or in everyday life, Lacoste has written its history as a quest for authenticity, performance and elegance. Each piece is designed to make men and women feel free in body and mind. It’s this vision of optimism and courage that is embodied in this campaign,” explains the brand.

Paul Hamy and Anna Brewster star in the short film directed by Seb Edwards and in the corresponding photographs attributed to Jacob Sutton.