Almost like a harmonious symphony, Burberry’s new flagship store in London coincides with the aesthetics of his first collection. 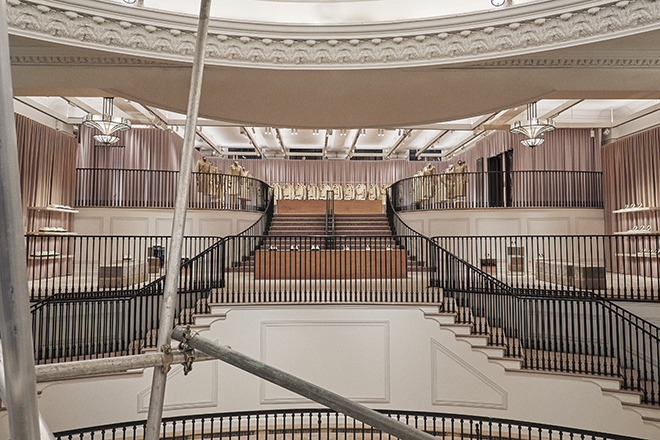 After two years of passion and hard work, Burberry opened its flagship store in London on 121 Regent Street just in time for London fashion week. Like Riccardo Tisci’s debut collection, the store mirrors Tisci himself combined with the British label’s achievements.

Burberry Unveils an Artsy Transformation of Its London Flagship Store Inside the store, one might be mistaken that the space is still under construction. But it is in fact, all part of the new artsy concept Burberry has to offer. At the heart of the atrium is an installation called “Sisyphus Reclined”, customed-made by British artist Graham Hudson. Featuring Burberry’s iconic check print and house colours, coupled with Riccardo Tisci’s new vision for the brand, the store is a melting pot of styles – a nod to the brand ethos of timeless modernity.

As one walk into each of the rooms, gets immerse into a visual transformation. Each room is decorated with unique patterns, textures and theme that is, in one way or another, related to the heritage of the fashion house. 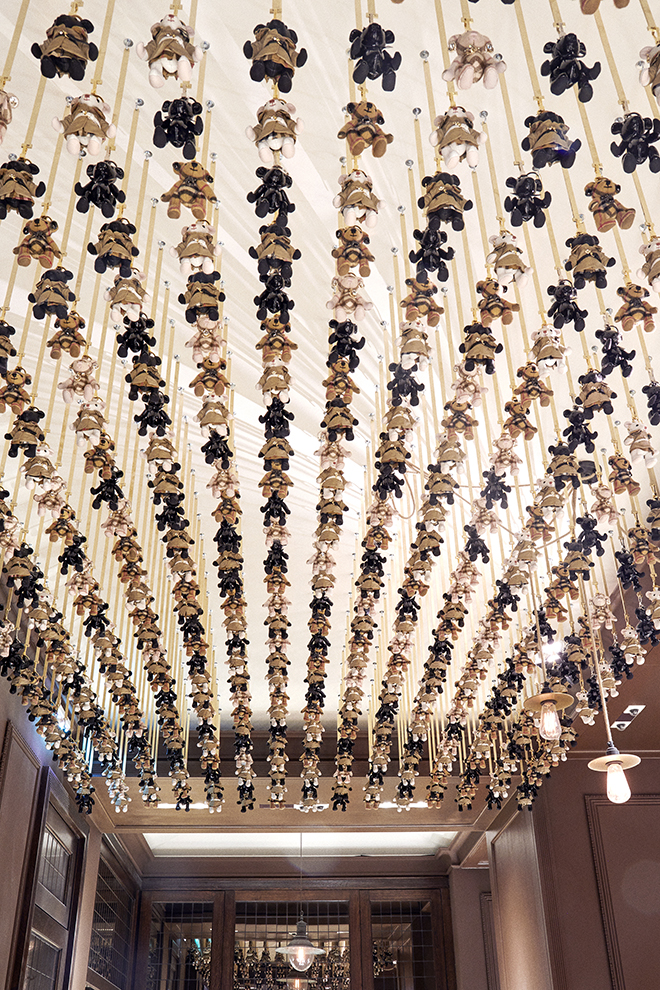 “Burberry Regent Street is one of the most architecturally and culturally significant projects we have undertaken,”

Christopher Bailey, Burberry chief creative officer said in a statement to Vogue. “In renovating this iconic London building we have worked with some of the UK’s finest craftsmen to restore a wealth of historic features, at the same time as pushing the boundaries of digital technology. The result is a space defined by contrasts: at once imposing and intimate, its juxtaposition of craft and innovation is designed to delight, surprise and entertain. It is a reflection of how we approach everything at Burberry – revealing the different layers of the brand’s heritage within a modern context and forever celebrating design and expert craftsmanship.” 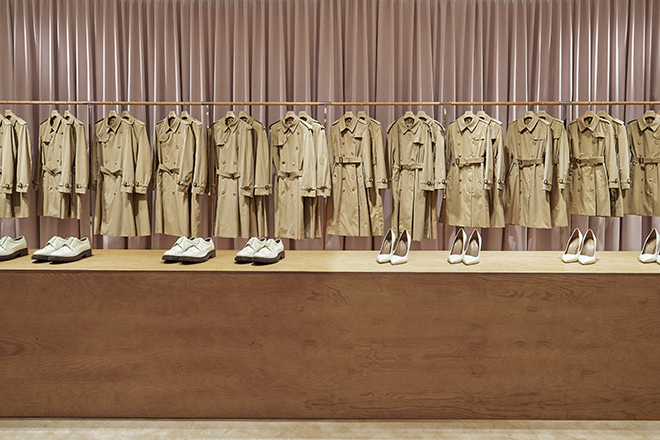 Almost like a harmonious symphony, Tisci’s first Burberry collection coincides with the aesthetics of the store in many ways. The collection, built upon the palette of beige, black and red, can be described in 3 words – Simple, powerful and sexy.

At first glance, the collection exudes a sense of modernity with street-luxe silhouettes. And with slight teases of the revived logo and graphic elements, some might find the house style overshadowed. However, on a closer look, one would be able to see that the accent of Burberry is – not hidden – but laid as the foundation for Tisci to display a more expansive idea of the brand. Riccardo Tisci shrewdly played a two-prong approach. One leaning closely with the brand tradition of tailoring and outerwear, and the other enriched heavily in streetwear vibes. 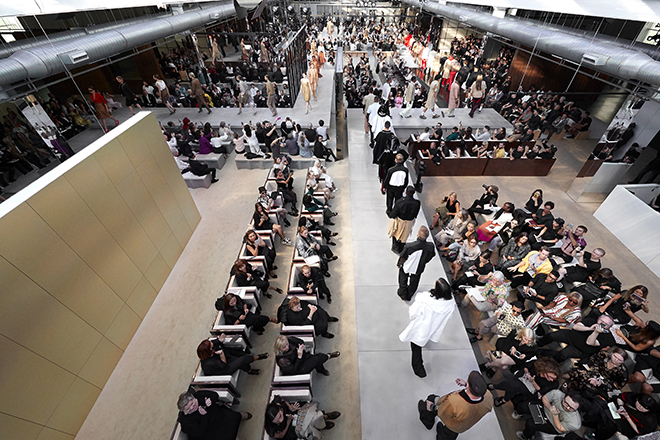 Tisci’s new role in Burberry was not to simply design a collection. As beautiful as it is, the collection should usher in a new era for the fashion brand, which Tisci did with flair. His first step was to (literally) promote his debut with the hashtag #NewEra. And when the curtain drops and runway starts to fill, the clothes tell the rest of the story. 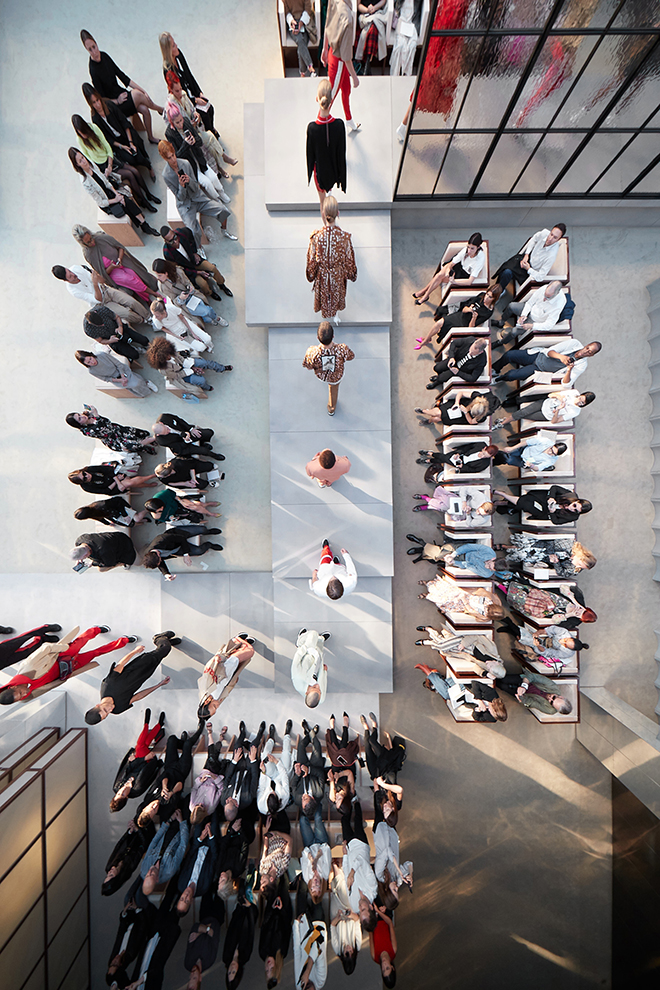 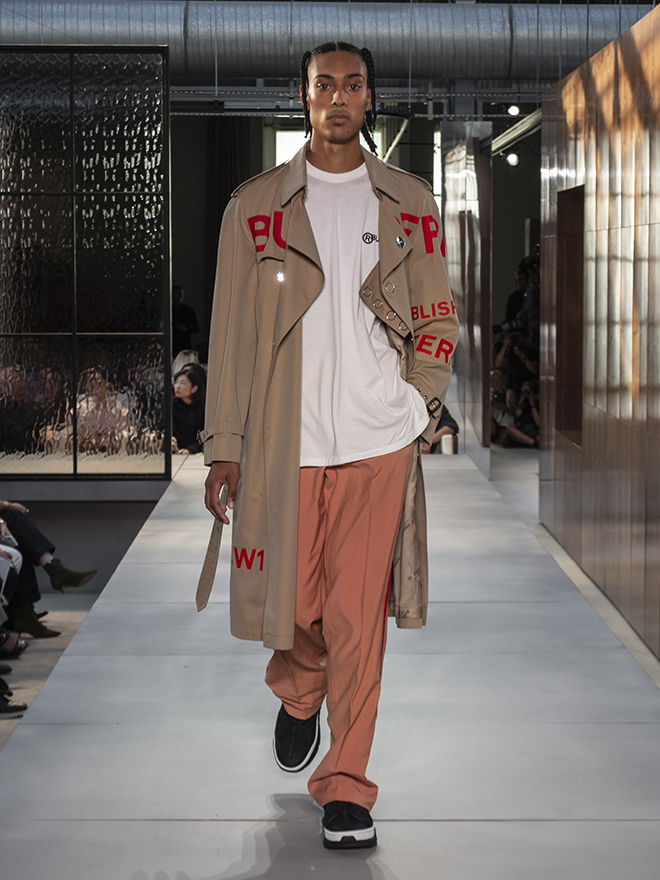 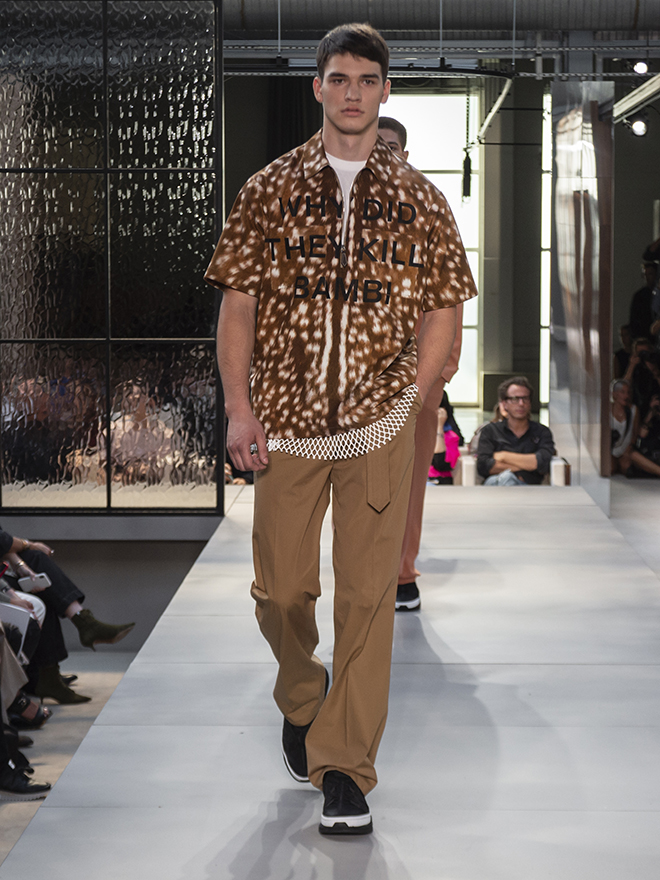 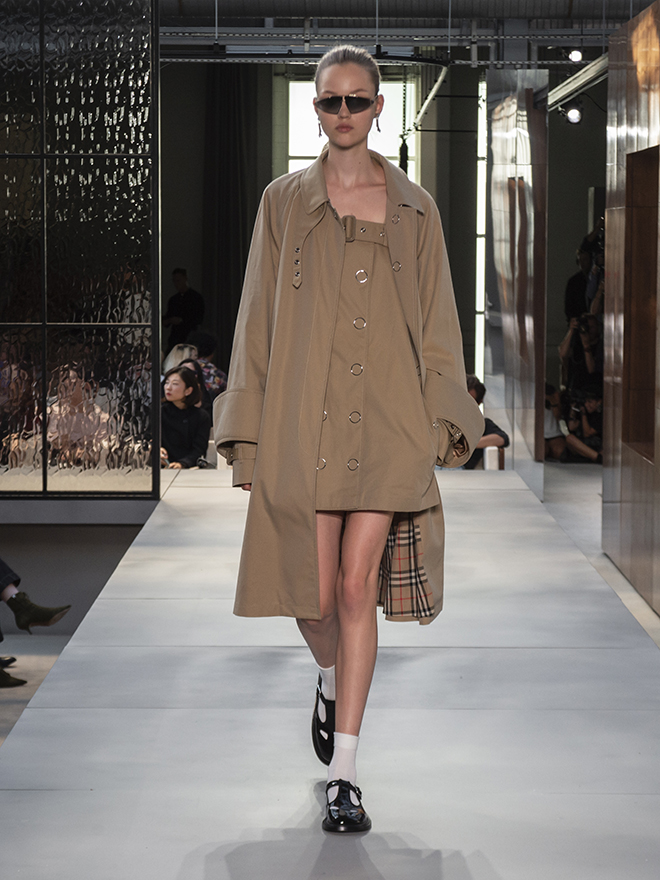 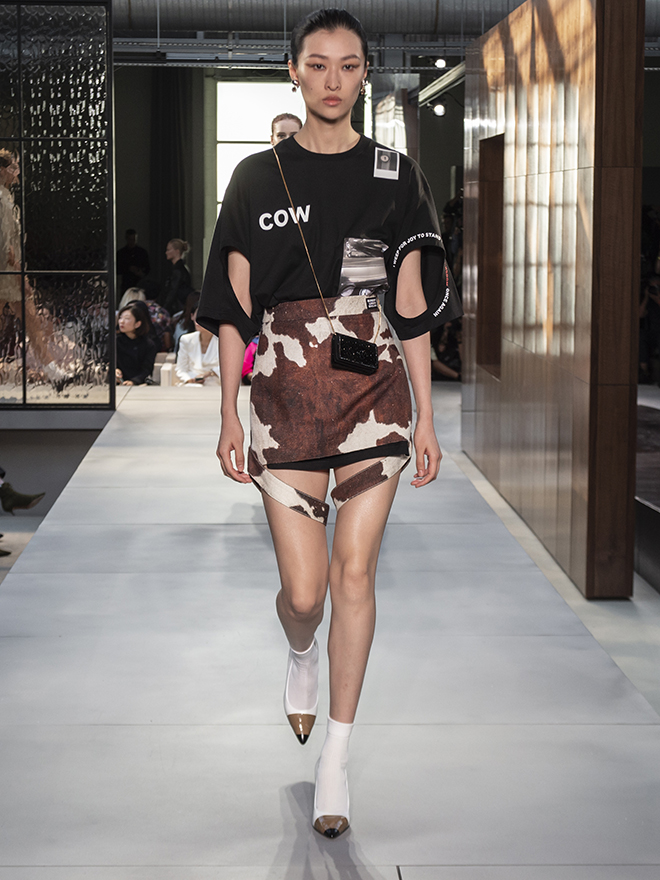 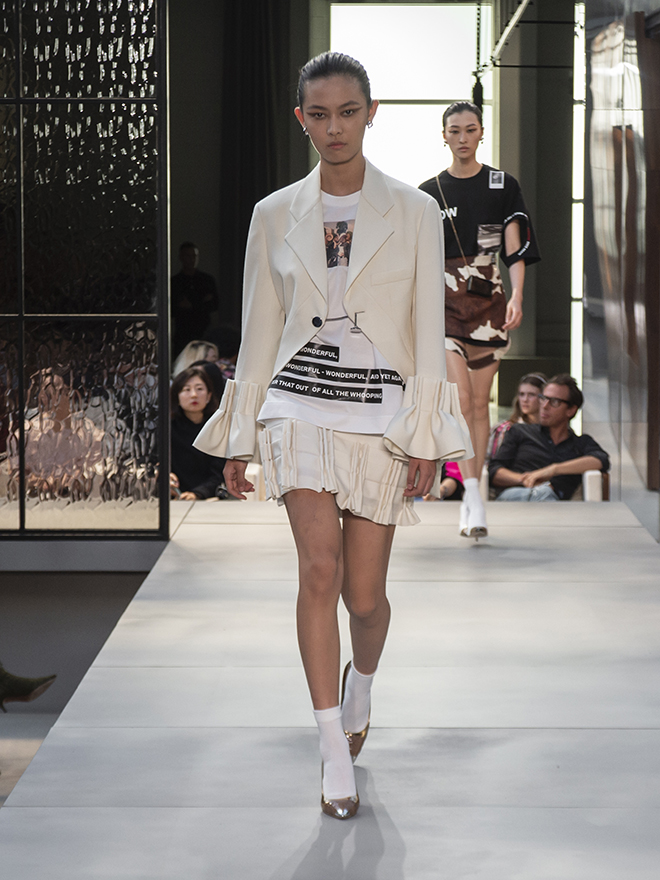 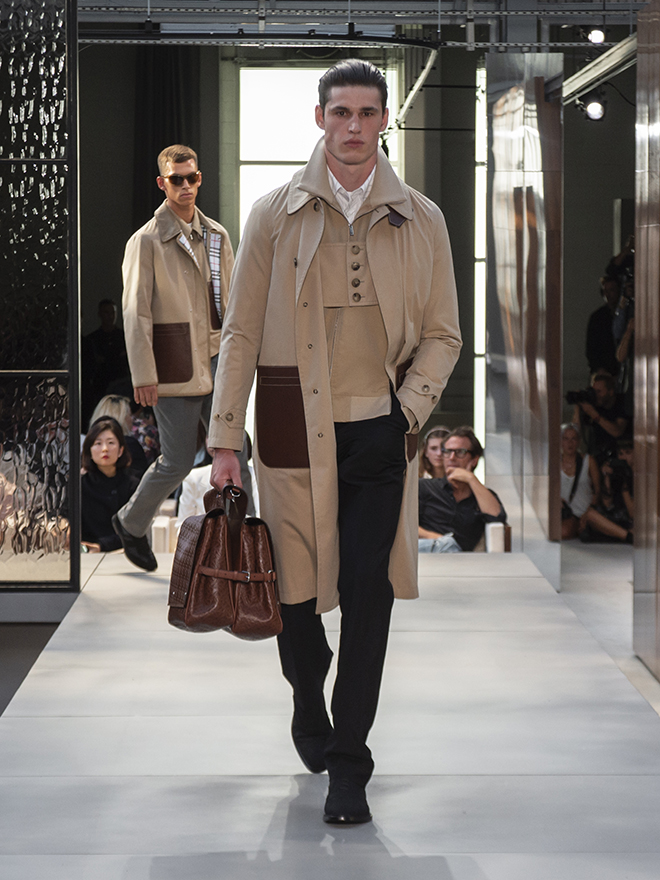 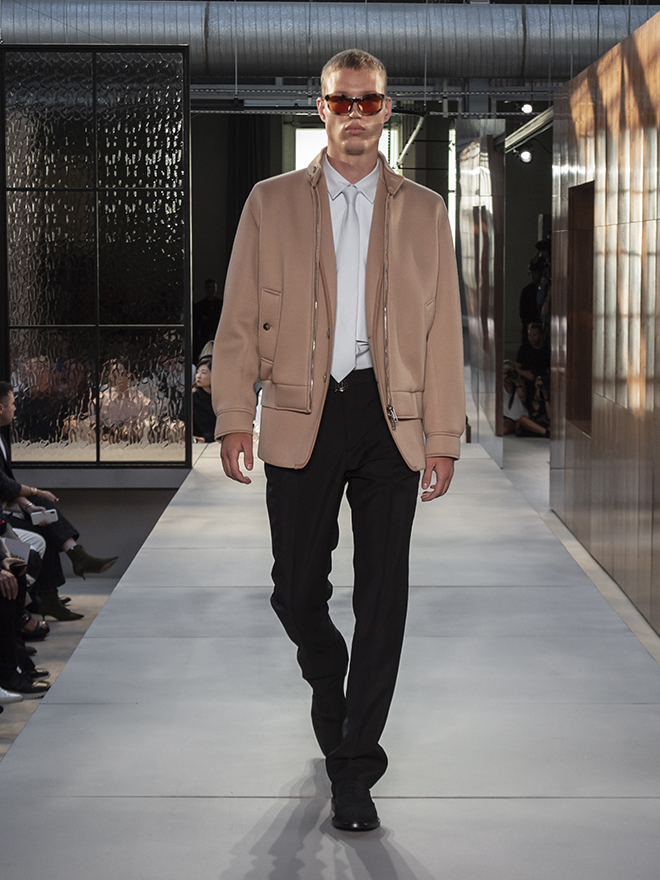 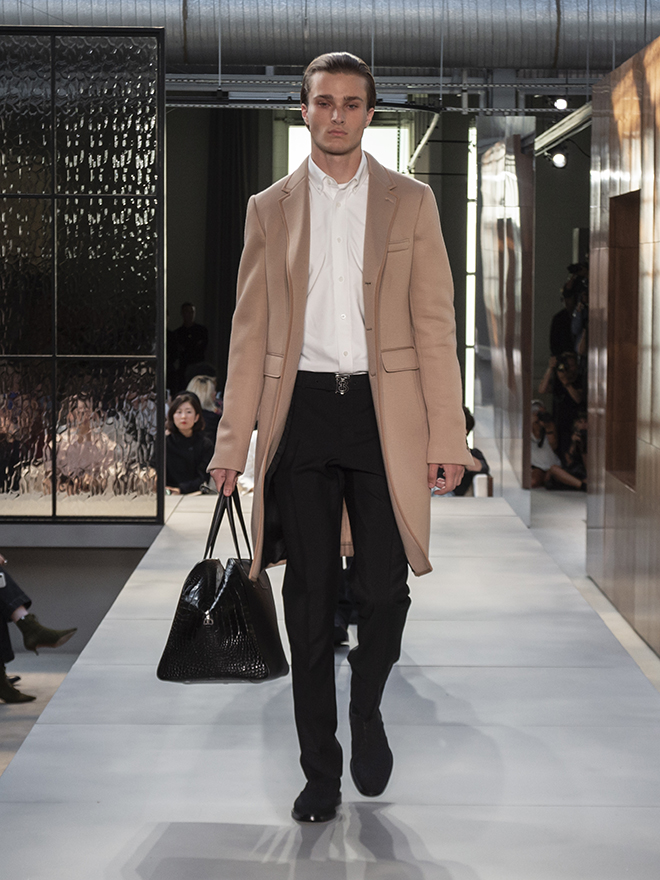 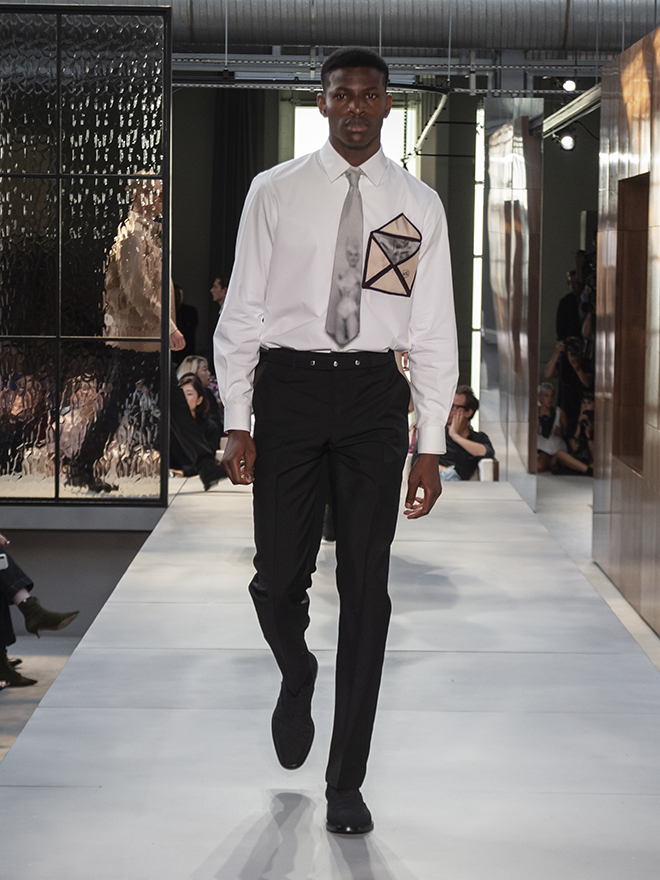 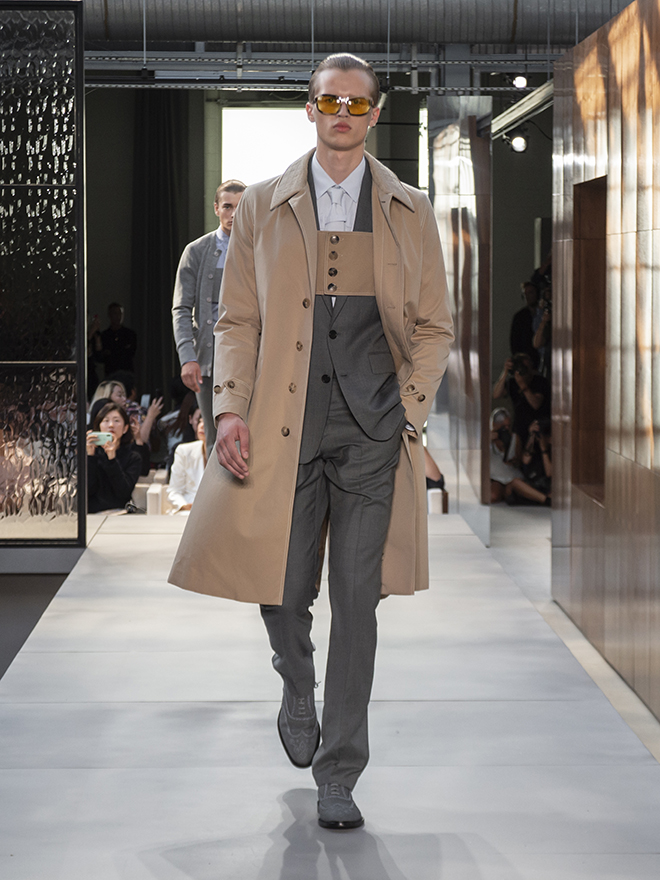 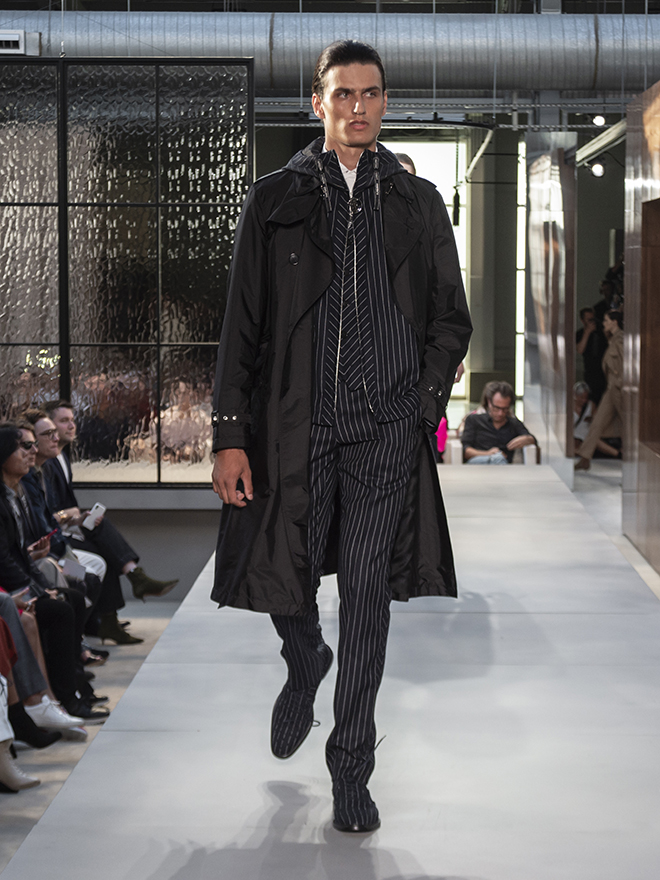 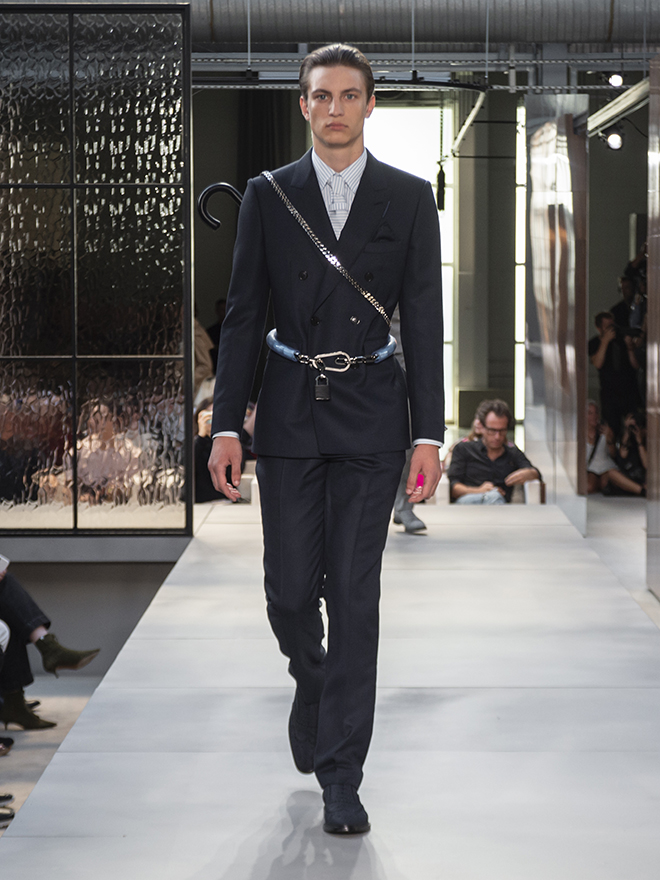 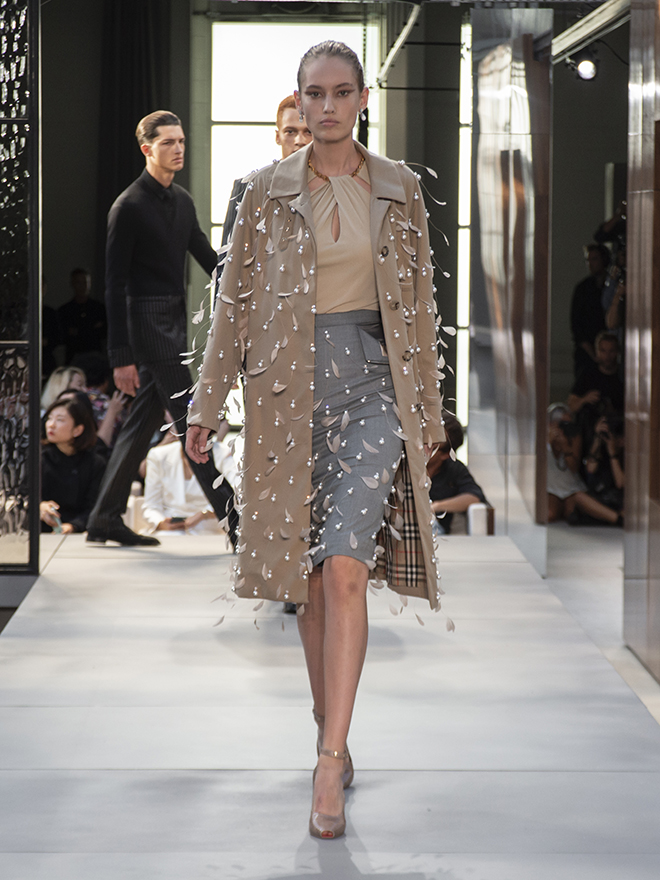 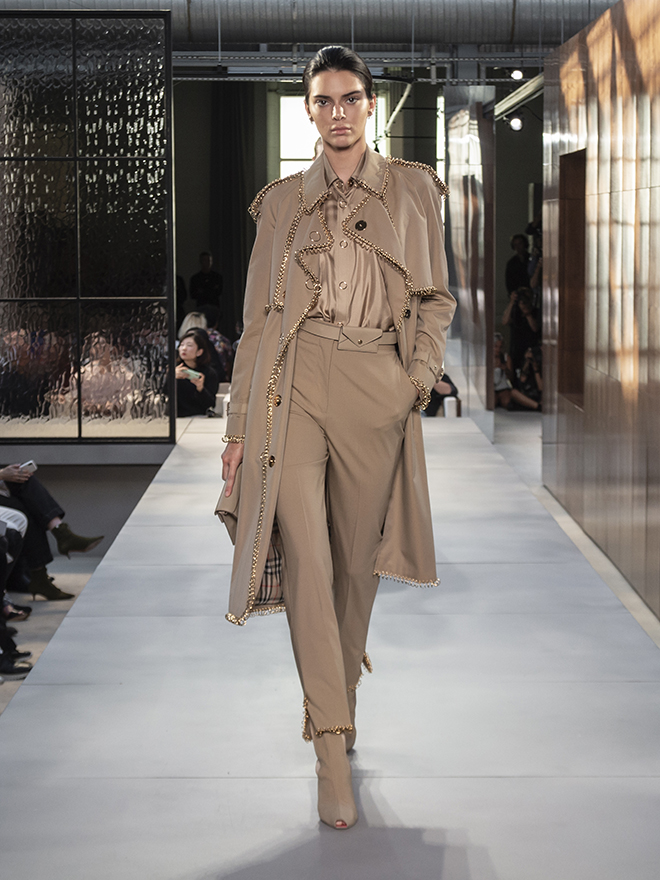 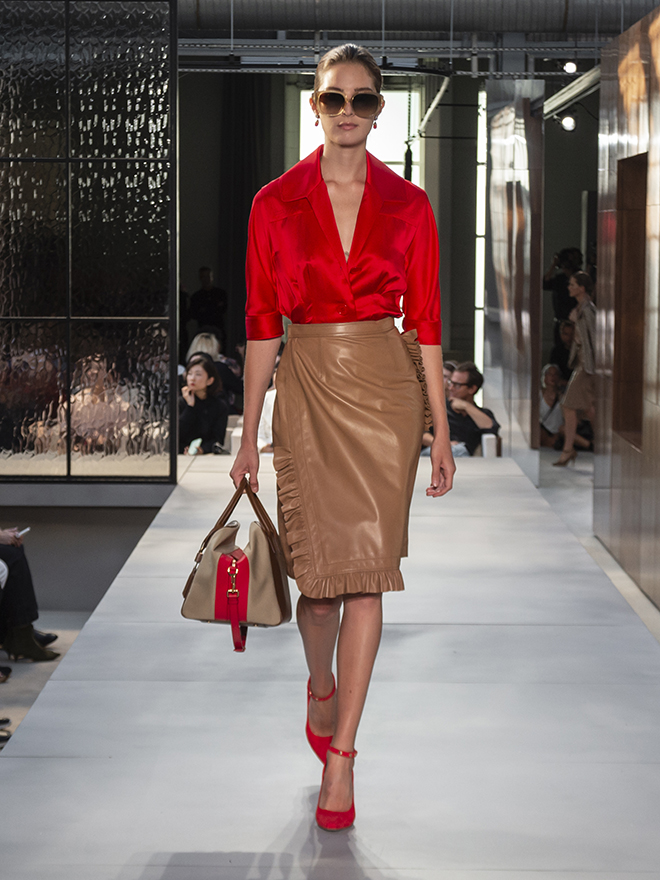 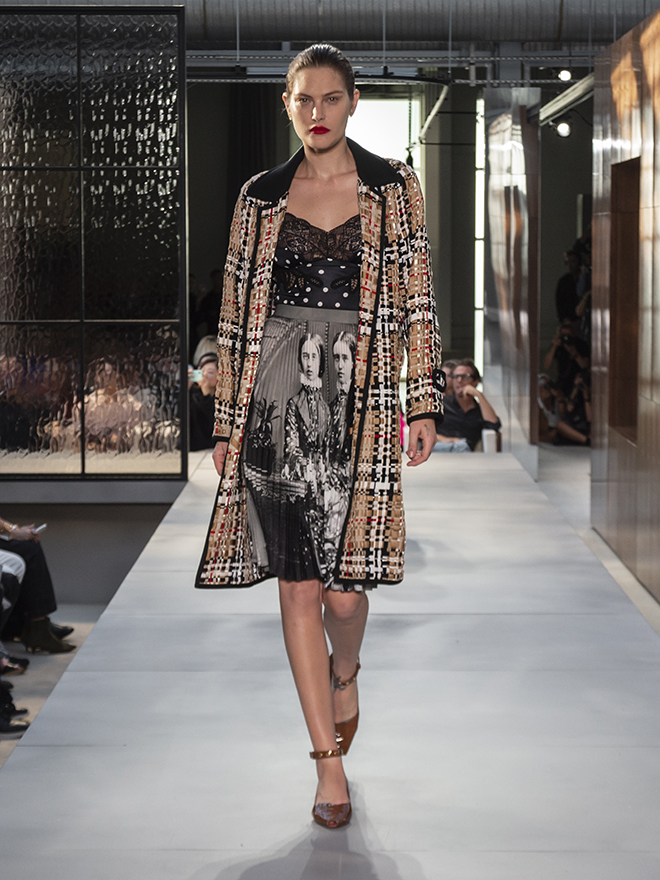 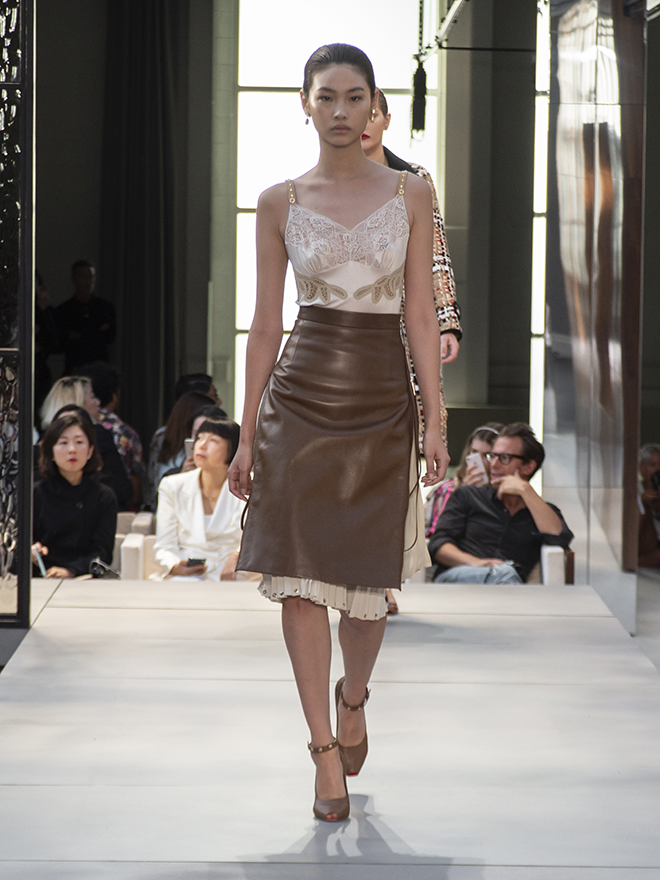 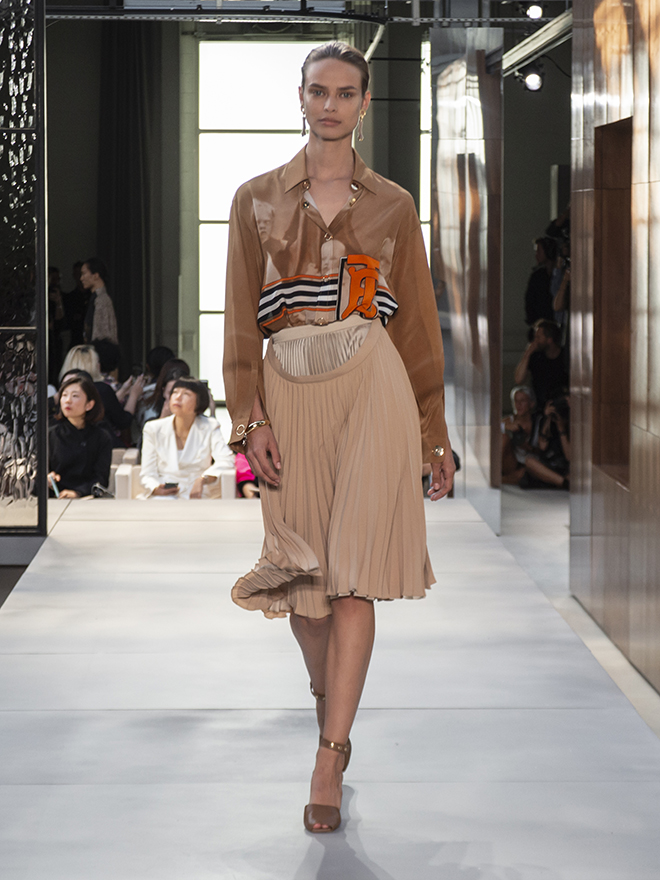 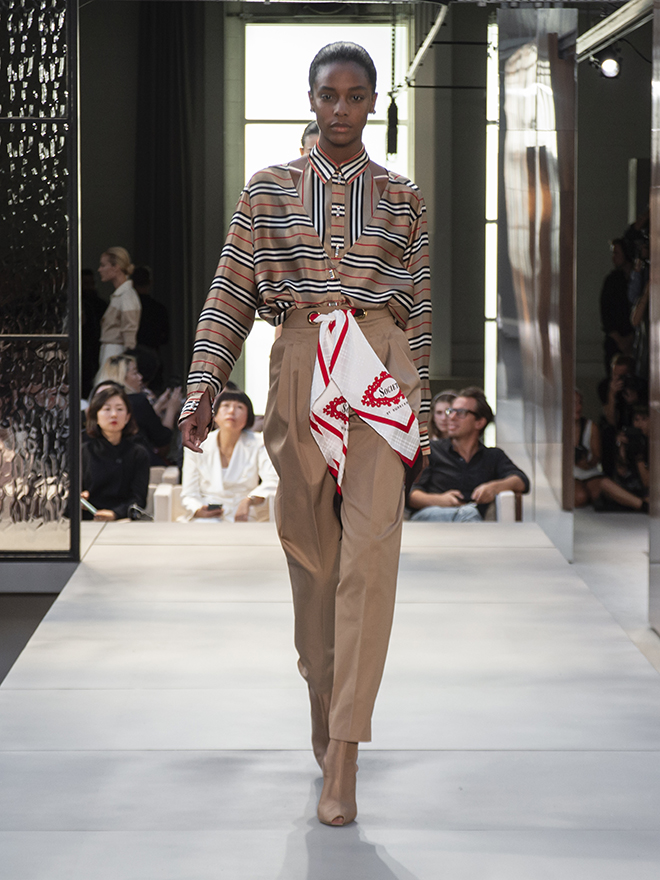