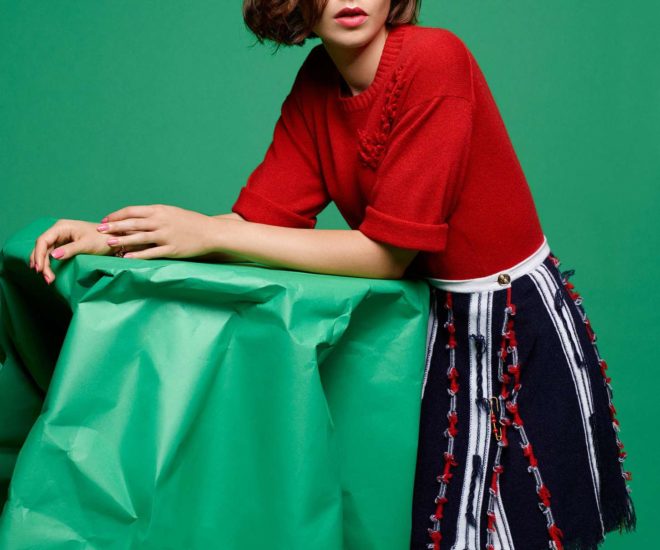 Lily is captured in the brand’s knitwear against solid color backdrops, sitting and resting on the crinkled paper set.

The 25-year-old actress is best known for her roles in 2009’s “The Blind Side”, her breakthrough role, and her 2012 appearance alongside Julia Roberts in “Mirror Mirror”.

First founded within the Scottish borders in 1903, knitwear specialist Barrie was snapped up by Chanel who has since launched ready-to-wear lines and opened both London and Paris stores for the label.